Vivacious and vibrant, Carmen Ramon is an American reality TV star, model, and burlesque dancer. She is more popular by her stage name Carmen Carrera. A New Jersey native, she began her career as a showgirl and rose to prominence as a contestant on the third season of Logo TV’s ‘RuPaul's Drag Race’. Although she was eliminated in episode 10, she was brought back in episode 12, only to be eliminated again in the same episode. After the show’s run, Carmen—who had originally been born as a male—immediately underwent gender reassignment surgery to transition into a woman. Despite her relatively short stint in the television, her personality and natural beauty shone through and she landed her first modelling job at ‘W’ fashion magazine. Later, she worked with RuPaul again as a drag professor in his spin-off show ‘RuPaul’s Drag U’. In the following years, she modelled for some of the big names in the fashion industry, acted on the big screen and small, and also starred in music videos. Carrera is also an active contributor to various causes and charities related to AIDS and the LGBTQ community. American People
American Film & Theater Personalities
Childhood & Early Life
Carmen Carrera was born Christopher Ramon on April 13, 1985, in Elmwood Park, New Jersey. She is of Puerto Rican-Peruvian descent. Before and during her appearance on ‘RuPaul’s Drag Race’, she used to identify as a gay man.
Continue Reading Below
You May Like

The Best Black Actresses Of All Time
Career
Long before she appeared on the reality television series ‘Drag Race,’ Carmen Carrera had begun performing as a showgirl. In the third season of the show ‘Drag Race’ (2011), she competed with 12 other drag queens for the title of “America’s Next Drag Superstar”, a headline spot on the Absolut Tour, a lifetime supply of Kryolan makeup, and a cash prize of $75,000.
Over the course of the season, she became the second contestant in the history of the show to be recalled despite being eliminated earlier (the first was Shangela, a fellow contestant from the same season). In episode 10, she performed by lip-syncing to RuPaul’s ‘Superstar’. The judges reacted to it negatively and she was subsequently eliminated. Returning on episode 12, titled ‘Jocks in Socks’, she styled a heavily-muscular male athlete in her signature “nude” drag and was eliminated again. She came fifth in the overall competition.
She probably took the biggest decision of her life right after her elimination and opted for gender reassignment. Throughout the gender reassignment process, she maintained an incredible level of openness and honesty. It was this attitude as well as her personality that made her an icon in the LGBTQ community.
She was invited to be the drag professor in the second season of Drag Race’s spin-off show ‘Drag U’ (2011). She appeared in two episodes, including ‘80s Ladies’ where she provided singer Stacy Q with a makeover.
In 2012, art imitated life when Carmen portrayed a transgender waitress on the receiving end of a homophobic rant from a customer (played by an actor) in ABC’s ‘Primetime: What Would You Do?’ Airing on May 4, 2012, the episode marked the occasion of her coming out to the public as a transgender.
In 2014, she became an outspoken critic of RuPaul’s use of the pejorative “she-male” on an episode of ‘Drag Race’. She, in turn, has been accused of being ungrateful.
In 2015, she starred as Karlie in several episodes of the soap opera ‘The Bold and The Beautiful’. She then played a hair stylist in Jonathan Demme’s musical drama film ‘Ricki and the Flash’.
Major Works
Following Carmen Carrera’s transition, ‘W’ magazine expressed interest in working with her. She featured in their November 2011 issue as the face for the fictional fragrance La Femme, part of their series about realistic advertisements for fictional products. Several other third season Drag Race contestants such as Manila Luzon and Shangela Laquifa Wadley were also featured in the issue. Besides gaining her mainstream fame, this appearance also led to her signing with the prestigious Elite modelling agency.
Activism
Carmen Carrera has spent years working tirelessly to raise awareness about AIDS and has devoted both time and money for the cause. She featured alongside ‘Drag Race’ co-stars Manila Luzon, Delta Work, Shangela Laquifa Wadley, and Alexis Mateo in the Gilead Sciences advertisement campaign, ‘Red Ribbon Runway’. The dress she wore for the shooting was later auctioned by Logo TV in observance of World AIDS Day and the proceeds were contributed to the National Association of People with AIDS.
She has been a vocal advocate for LGBTQ rights for a long while. As the first transgender model who has achieved mainstream success, she not only represents the community as one of its foremost spokespersons, but also she actively works to maintain an image that can inspire others. In 2017, she teamed up with History UnErased (HUE) to bring understanding about the LGBTQ community through education.
Personal Life
Carmen Carrera has been together with her domestic partner Adrian Torres since 2009. In 2013, they briefly separated but later appeared together for relationship counselling in Dr. Jenn Mann’s reality show ‘Couple’s Therapy’. After a heartfelt reconciliation, the couple married on June 10, 2015, during the filming of an episode which aired on VH1 as the season six finale on December 9, 2015. She currently lives in Los Angeles, California.
Trivia
Carmen is her mother’s first name while Carrera is the last name of her drag mother, Angela Carrera.

See the events in life of Carmen Carrera in Chronological Order 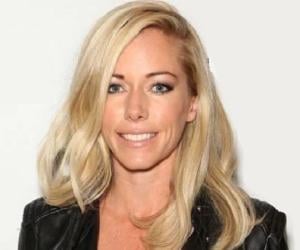