Bo Derek is an American film and television actress and producer, best known for being one of the most popular sex symbols of the 1970s and 1980s. She established her iconic image with films like ‘10’, ‘Tarzan, the Ape Man’ and ‘Bolero’. Born as Mary Cathleen Collins in California, USA, she became a wild child in high school and skipped classes to hitchhike to the beach. At 16, she quit high school when she landed an offer to star in the film ‘Fantasies’ directed by John Derek. Although John was 30 years her senior and married, they soon became romantically involved. The couple eventually married and Cathleen took on the name Bo Derek, undergoing a Hollywood makeover. Her first major role was in the film ‘10’ which launched her status as an iconic sex symbol. She went on to appear in films like ‘Tarzan, the Ape Man’, ‘Bolero’ and ‘Ghosts Can't Do It’, all directed by her husband, John. Though some of her films enjoyed box-office success, her performance was repetitively criticised. A few years after her husband’s death, she became involved with actor John Corbett. In 2017, she will be seen in the Indian American comedy, ‘5 Weddings’. 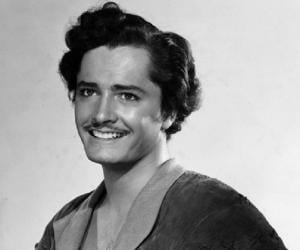 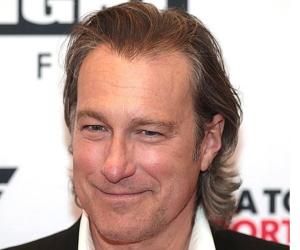 American People
American Women
California Actresses
Scorpio Actresses
American Actresses
Childhood & Early Life
Bo Derek was born Mary Cathleen Collins on 20 November 1956, in Long Beach, California, USA. She is the eldest of four children of her parents.
Her father, Paul Collins, was an executive in a catamaran manufacturing company, and her mother, Norma Collins, was a make-up artist and hairdresser to Swedish American actress Ann-Margret. Later, her parents divorced and her mother married American stunt performer Bobby Bass.
Mary Cathleen Collins attended Narbonne High School and George S. Patton Continuation School, both in Harbor City, California. When she was in high school, she would skip classes and hitchhike to the beach. Finally, she quit high school at the age of 16 when she started shooting for her first film in Greece.
Continue Reading Below
You May Like

Who Is The Greatest Female Warrior In History?
Career
Mary Cathleen Collins began her acting career in 1973 at the age of 16. At the same time, she started dating her director, John Derek, who was 30 years her senior and eventually became her husband and steered her acting career.
Her first film was an English romantic drama called ‘Fantasies’ directed by John Derek. Shot in Greece, the film exhibited newcomer Cathleen’s fine looks in bold outfits and nude scenes. Prolonged controversies delayed the release of the film until 1981, but by then, Cathleen was already an established actress and John Derek’s wife, Bo Derek.
In 1977, director Michael Anderson cast her in a small role in the horror film, ‘Orca’ which went on to receive nominal box-office success.
In 1979, Bo Derek starred in the romantic comedy film ‘10’ directed by Blake Edwards. The film also starred Dudley Moore and Julie Andrews and launched Derek’s acting career as a sex symbol, with her dream sequence appearance wearing a delicate skin-coloured swimming costume. The film was a huge box-office success.
Next, she appeared in a dramatic-comedy film ‘A Change of Seasons’ (1980), along with Shirley MacLaine and Anthony Hopkins. The film enjoyed only moderate box-office success.
Meanwhile, having attained the status of a sex symbol, Bo Derek posed for the ‘Playboy’ magazine; appearing for the first time in August 1980 and later again in September 1981.
In 1981, Bo Derek starred in her husband’s R-rated MGM film ‘Tarzan, the Ape Man’; her first important role in a Hollywood film. She portrayed the role of Jane Parker wearing skimpy jungle costumes and even appearing nude. The film, although a huge box-office success, was not well received by the critics.
The next two years, she lacked substantial film offers and hence made regular appearances on magazine covers and television talk shows.
In 1984, she starred in the film ‘Bolero’ directed by her husband. The film earned an X-rating based on its extreme sexual and nudity content. Her performance was criticised and the film was a box-office disappointment. Nevertheless, it remains one of her most popular films.
Continue Reading Below
She then took a five year break from movies and returned with the comedy fantasy ‘Ghosts Can't Do It’ (1989), directed for the last time by her husband. She won yet another ‘Worst Actress’ award for her performance and the film became a box-office failure.
After a couple of years, she appeared in television movies ‘Hot Chocolate’ (1992) and Shattered Image (1994). She returned to the big screen with the movie ‘Woman of Desire’ (1994).
In 1995, Bo Derek featured in the comedy film ‘Tommy Boy’. The film was a financial success but her performance earned her a Worst Supporting Actress nomination. Later that year, she made guest appearances on four episodes of ‘Wind on Water’.
In 1999, she appeared on ‘The Drew Carey Show’. This was followed by guest appearances on television shows like ‘Family Law’, ‘Queen of Swords’, ‘Two Guys, a Girl and a Pizza Place’, ‘Lucky’, ‘Still Standing’, ‘7th Heaven’, ‘Fashion House’, ‘Chuck’, ‘CSI: Miami’, ‘Sharknado 3: Oh Hell No!’ etc. since 2000.
She also appeared in feature films like ‘Frozen with Fear’ (2001), ‘The Master of Disguise’ (2002), ‘Malibu's Most Wanted’ (2003), ‘Life in the Balance’ (2004), ‘Highland Park’ (2012), etc.
In February 2002 she published her autobiography titled ‘Riding Lessons: Everything That Matters in Life I Learned from Horses’.
In 2017, she will be seen in an Indian American comedy drama film, ‘5 Weddings’ directed by Namrata Singh Gujral.
She serves on the California Horse Racing Board and is a representative of the Animal Welfare Institute's movement against horse slaughter through appropriate legislation.
Major Works
In 1979, Bo Derek played the role of Jenny Hanley in the romantic comedy ‘10’. Her appearance in a dream sequence wearing a skimpy skin-coloured swimming costume immediately made her an iconic sex symbol. The film was a critical and financial hit.
Continue Reading Below
In 1981, she appeared in ‘Tarzan, the Ape Man’ in the lead role of Jane Parker. The film’s focus was primarily on Jane’s character instead of Tarzan. Appearing in nude and revealing jungle costumes, the film launched her mainstream Hollywood career. Though a box-office success, her performance was strongly criticized.
In 1984, she starred in ‘Bolero’, directed by husband John Derek. She played the female lead character whose sexual awakening takes her around the world in search of a perfect lover. The sexual and nude content of the film resulted in an X-rating. The film was critically shamed and her performance received poor reviews.
Awards & Achievements
Bo Derek was nominated for the 1980 Golden Globe Award for Best New Star in ‘10’.
She won the Golden Raspberry Award for Worst Actress thrice: ‘Tarzan, the Ape Man’ (1982), ‘Bolero’ (1985) and ‘Ghosts Can't Do It’ (1991).
she has also been nominated twice for Golden Raspberry Award for Worst Supporting Actress; in 1996 for ‘Tommy Boy’ and in 2002 for ‘The Master of Disguise’.
In March 2000, she was nominated for Golden Raspberry Worst Actress of the Century Award, along with Madonna, Brooke Shields, et al.
Personal Life & Legacy
In 1973, at the young age of 16, Mary Cathleen Collins started dating John Derek, a married actor and director who was 30 years her senior. Eventually, John divorced his then wife, actress Linda Evans, and moved to Germany with Cathleen, to avoid controversies and prosecution for dating a minor.
Soon following her 18th birthday, the couple returned to the US and got married on 10 June 1976. Cathleen took on the name - Bo Derek and the couple remained married for 22 years till John’s death in 1998.
A few years following his death, Bo became involved with actor John Corbett.
She is a horse lover and a riding enthusiast; she owns a pure Portuguese mare, a champion named Gaiata.
Trivia
She owns a pet care pampering products Company - ‘Bo Derek's Bless the Beasts’. The Company sells nourishing dog shampoos, conditioners, fragrances and fur polishes.

See the events in life of Bo Derek in Chronological Order