Blake Austin Griffin is a well-known American professional basketball player who currently plays for Detroit Pistons of the National Basketball Association (NBA). Born in Oklahoma City, he began playing baseball, basketball, as well as football during his school days. In his college days, he played for Oklahoma Sooners. As a sophomore, he had earned the title of the Consensus National Player of the Year. Due to his outstanding skills on the field, he was selected by the Los Angeles Clippers in the 2009 NBA draft. Though he missed the first season due to a serious injury, he performed quite well in the following season. He was named the NBA Rookie of the Year. He was also named by Sports Illustrated magazine as one of the 15 Greatest Rookies of all Time. Over the course of his career, he has proven to be a very efficient player. He has been an NBA All-Star five times, and has won other awards as well, such as the NBA All-Rookie First Team and NBA Slam Dunk Champion. As an actor, he made his debut in the 2018 comedy film ‘The Female Brain.’ Jayson Tatum
Basketball Players #60
Sportspersons #501
16th March In History
DID WE MISS SOMEONE?
CLICK HERE AND TELL US
WE'LL MAKE SURE
THEY'RE HERE A.S.A.P
Quick Facts

American People
Tall Celebrities
Tall Male Celebrities
Male Sportspersons
American Sportspersons
Childhood & Early Life
Blake Austin Griffin was born on 16th March 1989 in Oklahoma City, Oklahoma. His parents are Tommy Griffin and Gail Griffin. His father was a basketball center who had played for Northwestern Oklahoma State University. He also owned a gym where Blake and his older brother Taylor Griffin used to play basketball.
Before he focused on basketball, Griffin also used to play baseball and football. Blake and Taylor were homeschooled by their mother.
Along with his brother, he studied at Oklahoma Christian School, where their father was the head coach. He performed quite well in the competitions and therefore, he received a scholarship to play college football for the Oklahoma Sooners.
Continue Reading Below
You May Like

Famous Beautiful Women With Green Eyes
College Career
At Oklahoma, Blake Griffin became one of the most highly rated and decorated recruits. During his freshman season, he had an average of 14.7 points and 9.1 rebounds. Because of his outstanding skills, it was expected that he would be a lottery pick for the 2008 NBA draft. However, he decided to give more time to his college team and help them win the NCAA championship.
During his sophomore year, he won all six of the national player of the year awards. Because of his outstanding performance, he was also named Player of the Year by several media outlets such as the ‘Big 12’, ‘Sports Illustrated’, ‘FoxSports.com’ and ‘The Sporting News’. He also won other awards, such as the Adolph Rupp Trophy, John Wooden Award and the Oscar Robertson Trophy.
NBA Career
Blake Griffin declared himself available for the NBA draft after finishing his sophomore year. In the 2009 NBA draft, he was drafted into the Los Angeles Clippers as the first overall pick. He took part in their Summer League Team where he was named Summer League MVP. However, he injured his kneecap during the final preseason game. It was confirmed that he had a stress fracture, which made him miss the 2009-10 season.
Griffin made his debut as a rookie during the 2010-11 season. He made his debut against the Portland Trail Blazers, where he registered 20 points with 14 rebounds. His performance during the rest of the season was also commendable, and he became the first rookie to have two 40+ point games in his rookie season after the 1996–97 season. He was also voted to the 2011 NBA All-Star Game by coaches as a reserve. This made him the first rookie to play in the All-Star game since Yao Ming eight years back.
He took part in the 2011 Rookie Challenge as well, where he won the Sprite Slam Dunk Contest during the All-Star break. He was named as one of the NBA’s 15 Greatest Rookies of All Time by the Sports Illustrated Magazine. He also led all rookies in points, rebounds as well as in double-doubles, which won him the ‘Rookie of the Year’ Award as well.
During the 2012 NBA All-Star Game, Griffin played as a starter along with Chris Paul, his new teammate. He performed well throughout the season with an average of 18.0 points and 8.3 rebounds per game. Though he was also selected to represent Team USA at the 2012 London Summer Olympics, he was removed after he suffered a knee injury during a practice season.
In the 2013-14 season, he registered a career-high of 24.1 points per game. He was also voted as a starter in the NBA All-Star Game, which made it his fourth All-Star appearance.
Since 2015, his career has been mostly plagued by injuries. He missed 45 games due to his injuries. His performance improved in the 2016-17 season.
He re-signed with the Clippers to a five-year $173 million contract in July 2017. He was traded off to the Detroit Pistons in January 2018. He made his debut for the team after three days, in a match against Memphis Grizzlies. He recorded 24 points and 10 rebounds with five assists, leading his team to a 104-102 win against the Memphis Grizzlies.
Acting Career
Blake Griffin made his acting debut in the 2018 American comedy film ‘The Female Brain’ which was directed by Whitney Cummings. The film premiered at the Los Angeles Film Festival in June 2017. Later it was released theatrically in February 2018. It was met with mostly average reviews. Griffin’s performance was praised by critic Christy Lemire. He has also appeared in commercials for Kia Motors, Vizio, Gamefly and Subway.
Personal Life
Blake Griffin was once in a relationship with Brynn Cameron with whom he has two children: son Ford Wilson Cameron-Griffin and daughter Finley Elaine Griffin. He is currently dating Kendall Jenner, an American TV personality.
He is a devout Christian and speaks publicly about his faith in God.
He has started a fundraiser ‘Dunking for Dollars’ to fight childhood obesity. He is also involved with a few other charitable endeavors.
He was charged for assaulting a person as the latter took an unauthorized picture of a group of Clippers players. However, due to lack of evidence, the charges were dismissed later.

See the events in life of Blake Griffin in Chronological Order 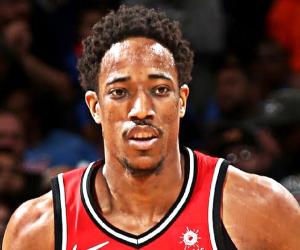