King Birendra Bir Bikram Shah Dev was the 11th King of Nepal who succeeded King Mahendra Bir Bikram Shah Dev after his death in 1972. He was the eldest son of King Mahendra and is believed to be the best king among all the monarchs who have ruled the country. He was a kind and emotional person from a very young age and was very popular as a monarch among the people of the country. He was the first monarch of Nepal who wanted his countrymen to have an experience of actual democracy where there would be a form of panchayat system that would be beneficial to all. He also wanted that the absolute power vested with the monarch be abolished and there should be a ‘Constitutional Monarchy’ instead. The ‘People’s Movement’ in 1990 was a success because of his simple and democratic views. He was the one who suggested the formation of SAARC consisting of Asian countries which would boost the relations and economy of all the member countries. Nepalese Celebrities
Nepalese Historical Personalities
Capricorn Men
Childhood & Early Life
King Birendra of Nepal was born in Kathmandu, Nepal, at the ‘Narayanhiti Royal Palace’ on December 29, 1945. His father was King Mahendra Bir Bikram Shah Dev and mother was Crown Princess Indra Rajya Laxmi Devi.
He was the eldest son of his parents and had two younger brothers, King Gyanendra and Prince Dhirendra.
He had two elder sisters, Princess Shanti and Princess Sharada and a younger sister named Princess Shobha.
H did initial schooling at the Jesuist school, ‘St. Joseph College’ in Darjeeling, India.
He became the ‘Crown Prince of Nepal’ while at school when his grandfather King Tribhuvan died on March 13, 1955.
He joined the Eton College in the United Kingdom in 1959.
He returned to Nepal in 1964 after completing his studies at the Eton College.
He went on an exploration of the country all by himself and visited the villages and monasteries. He lived on whatever he could get from the people.
He studied for some time at the University of Tokyo, Japan in 1967, and then studied political history at the Harvard University, US, from 1967 to 1968.
He visited many countries in Latin America, Africa, and a number of Asian countries.
He also learnt to fly helicopters during his early days before becoming the monarch of Nepal.
Continue Reading Below
You May Like

The Sexiest Men Of 2020, Ranked
Career
He became the king of Nepal on January 31, 1972 after his father King Mahendra died.
When he ascended the throne absolute power was vested in him with no other form of government in place. All political parties were banned and he ruled with the help of the panchayat system which comprised of regional and local councils.
He resented the absolute power that was vested in him and maintained that his government was actually a democracy run by the people’s representatives instead of being run by a costly alternative of multiple political parties.
He travelled to India in October 1973 and also to China two months later.
He maintained the sovereignty of the country in spite of all foreign influences.
His coronation as the King of Nepal took place three years after becoming the King, on February 4, 1975.
During his coronation there were guests from 60 different countries including the ‘Prince of Wales’, his teachers at Eton and former classmates.
On the same day he declared that every child in the country was entitled to free education.
In 1975, King Birendra declared Nepal as a ‘zone of peace’ and a neutral territory so that it could pursue a policy of non-alignment which would bring progress and prosperity.
Continue Reading Below
In May 1980 he called for a national referendum to choose between a non-party government and a multi-party government. The referendum for a non-party government won by 55 percent of the votes against the 45 percent of the votes polled for a multi-party system of government.
Restrictions on the political parties also started to ease as more and more groups led by students asking for a change to the type of government started to emerge starting from April 1990.
He had to lift the ban on political parties on November 9, 1990 as pro-democracy strikes and rioting broke out in the country.
He set up an ‘independent Constitution Recommendation Commission’ to find out the demands of the main opposition groups and to incorporate them in the new constitution. He received the draft of the new constitution from them on September 10, 1990.
On November 9, 1990, he declared the government to be a constitutional monarchy with Krishna Prasad Bhattarai as its Prime Minister.
However, various political parties were disenchanted with this form of government and that led to a civil war in 1996 which lasted until 2006.
He was succeeded to the throne by his brother Gyanendra.
Personal Life & Legacy
He married his second cousin Queen Aishwarya Rasjya Laxmi Devi who belonged to the Rana family on February 27, 1970 in a ceremony that is described as the most lavish nuptial ceremony.
They had three children, Prince Dipendra, Princess Shruti and Prince Niranjan who also died during the royal palace massacre.
He died on June 1, 2001 in the royal palace massacre that took place there during a dinner party where the whole royal family except a few including Prince Gyanendra, were present.
You May Like 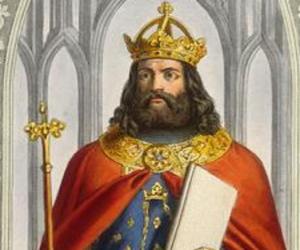