Billy Preston was an American ace keyboardist who became famous as one of the top session musicians. His wide array of work consisted of rock, rhythm and blues, gospel, funk and soul music. The over four decade long career of this musical maestro encompassed his collaboration with several leading bands like the ‘Beatles’, the ‘Rolling Stones’ and the ‘Sly & the Family Stone’. He played for emminent artists like Sam Cooke, Syreeta, Little Richard, Ray Charles, Eric Clapton and George Harrison. During the 1970s he began a solo career and went on to become an accomplished solo artist recording and performing in several hit pop singles like ‘Nothing from Nothing’, ‘Will It Go Round in Circles’, ‘Space Race’ and ‘Outa-Space’. He co-wrote the song ‘You Are So Beautiful’ along with Bruce Fisher for English singer-musician Joe Cocker that charted at number five on the ‘Billboard Hot 100’ singles list in 1975. Though Preston was infamous for his cocaine addiction and faced personal hardships, he continued to win hearts of music enthusiasts with his magical performance on keyboard and remained one of the revered and loved musical icons of modern pop music. David Byrne
2nd September In History
DID WE MISS SOMEONE?
CLICK HERE AND TELL US
WE'LL MAKE SURE
THEY'RE HERE A.S.A.P
Quick Facts

American Celebrities
American Men
Texas Musicians
Virgo Musicians
Male Musicians
Childhood & Early Life
He was born William Everett Preston on September 2, 1946 in Houston, Texas. When he was just one when his parents divorced following which the family relocated with his mother Robbie to south central Los Angeles where she started working as a funeral home secretary.
His mother used to play organ at ‘Victory Baptist Church’ in Los Angeles and little Billy began playing the family piano sitting on his mother’s lap at the gage of three. Considered a child prodigy Preston used to easily pick up the back tunes he heard. He was a self-learner and never took any music training.
When choir director of the church saw the seven year old wonder kid imitating his conducting motions, he placed Preston in front of the group. Eventually it became a regular practice for the church’s Sunday choir that witnessed a 150-voice choir of adults being directed by little Preston.
By ten he started performing onstage playing piano for many gospel vocalists like Andraé Crouch, James Cleveland and Mahalia Jackson.
When he was 11 he sang American pianist-singer-songwriter Fats Domino’s hit song ‘Blueberry Hill’ along with American singer- jazz pianist Nat King Cole at the latter’s TV show. He also played as young W.C. Handy in Handy’s biographical film ‘St. Louis Blues’ (1958).
He became an organist of the band of Little Richard in 1962 and the following year he contributed as a pianist on ‘Night Beat’, an album by Sam Cooke. That year saw the release of his first album, ‘16 Yr Old Soul’.
In 1965 his fully instrumental album, ‘The Most Exciting Organ Ever’ was released. That year he also performed in the American musical variety series titled ‘Shindig!’.
Continue Reading Below
You May Like

The Most Popular US Veterans
Career
He was inducted in the band of Ray Charles in 1967 and gradually started getting proposals from musicians to play for their sessions.
He first met ‘Beatles’ while performing for Little Richard’s touring band in Hamburg in 1962 and later hooked up with the band in 1969 at the verge of their break-up.
He was invited by Harrison to participate in the last nine days of sessions of their album ‘Let It Be’, which was initially conceived as ‘Get Back’.
He performed at the Beatles' rooftop concert, the band’s impromptu concert on January 30, 1969, held at the roof of ‘Apple’ headquarters in central London, marking the final public performance of the band.
The song ‘Get Back’ that was released by the ‘Beatles’ initially as a single on April 11, 1969, was credited to ‘The Beatles with Billy Preston’, thus making Preston the sole musician to receive official acknowledgment on a ‘Beatles’ release. The song was later included as the closing track of the album ‘Let It Be’. Preston was often referred as the ‘Fifth Beatle’ during the recording of ‘Get Back’.
In August 1969, his studio album ‘That's The Way God Planned It’ was released by Beatles’ ‘Apple Records’ and produced by George Harrison. Renowned musicians like Doris Troy, Eric Clapton and Keith Richards contributed to the album apart from Harrison. The title track of the album when released as a single became a hit in Britain.
He made key contributions to a couple of tracks of ‘Abbey Road’, namely ‘I Want You (She's So Heavy)’ and ‘Something’. It was the last recorded album of ‘Beatles’, which was released on September 26, 1969.
Though recorded earlier, ‘Let It Be’ was released on May 8, 1970, post break-up of the band, thus becoming the last released album of the band.
Post break-up of the ‘Beatles’, he continued his collaborations with Harrison that saw him recording, appearing in several solo albums and performing in concerts for the latter. He co-produced with Harrison the latter’s 1970 album, ‘Encouraging Words’, which included the track ‘My Sweet Lord’ that became an international hit. He accompanied Harrison during the ‘Concert for Bangladesh’ in 1971 and the tour of North America in 1974.
Continue Reading Below
From 1970 to 1977 he remained associated with ‘Rolling stones’ as a keyboardist and from 1973 to 1977 he performed as the primary touring keyboardist of the band. Some of the band’s albums that included his contributions were ‘Sticky Fingers’ (1971), ‘Exile on Main Street’ (1972), ‘Goats Head Soup (1973) and ‘It's Only Rock'n Roll’ (1974).
In the 1978 released American jukebox musical film ‘Sgt. Pepper's Lonely Hearts Club Band’, directed by Michael Schultz, Preston starred as Sgt. Pepper and also sang ‘Get Back’.
He successfully released several studio albums, which had number of chart-topping hit songs. Some such songs are ‘Outa-Space’ (1971 album: ‘I Wrote a Simple Song’), ‘Will It Go Round in Circles’ (1972 album: ‘Music Is My Life’) and ‘Nothing from Nothing’ (1974 album: ‘The Kids & Me’).
On November 29, 2002 Preston participated in ‘Concert for George’, conducted at London’s ‘Royal Albert Hall’ in memory of Harrison on his first death anniversary.
Throughout his musical journey he worked with famous artists like Sam Cooke, Syreeta, Lennon, Eric Clapton, Ray Charles and Ringo Starr.
Major Works
His instrumental track ‘Outa-Space’ reached the number two spot on the US ‘Billboard Hot 100’ list and topped the ‘R&B’ chart of ‘Billboard’ magazine and fetched him the ‘Grammy Award for Best Pop Instrumental Performance’ in 1972. Again in June that year the ‘RIAA’ awarded it a gold disc. It not only won awards but also proved to be a commercial success with sale of over a million copies in America.
Personal Life & Legacy
He faced a lot of hardships in his personal life including enduring sexual abuse as a child; coping up with his own sexual orientation; unsuccessful relationship with actress-model Kathy Silva; cocaine addiction; visiting drug rehab; and getting arrested several times with charges like drug abuse, insurance fraud and sexual assault.
He suffered from hypertension and kidney disease in his later years and underwent kidney transplant in 2002.
His drug addiction led him to a rehab in Malibu, California and after suffering from pericarditis and subsequent respiratory failure, he went into coma on November 21, 2005.
On June 6, 2006 he died in Scottsdale, Arizona and following a funeral on June 20 at the ‘Faithful Central Bible Church’ in California, his remains were buried at the ‘Inglewood Park Cemetery’.

See the events in life of Billy Preston in Chronological Order 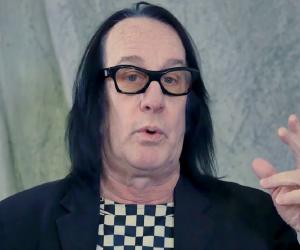 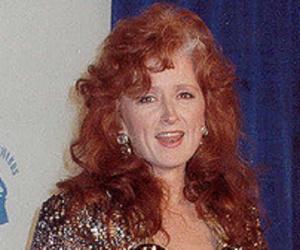