A popular television show host, radio personality and author, Bill O’Reilly is one of the most reckoned faces in the U. S. media. He currently serves as the host of the popular and the most watched cable news show for the past 13 years, ‘The O’Reilly Factor’ on Fox News Channel. O’Reilly started his career as a reporter and anchor in Scranton, Pennsylvania. Soon, he walked up the ladder and served in similar positions for various news channels across numerous cities such as Dallas, Boston and New York. He first jumped to fame with the CBS show, ‘Inside Edition’ the show gave him the national exposure he desired. Quitting ‘Inside Edition’ he resumed academic studies only to return as the newscaster and political commentator for the ABC News program, ‘The O’Reilly Factor’. Since its inception, the show has been a trendsetter, including the interesting blend of news analysis and investigative reporting. In addition to hosting television and radio shows, he has authored various books, some of which have become best-sellers. He is famous for his aggressive interviewing style and speaking freely and critically of world leaders and figures. American People
Journalists
Film & Theater Personalities
American Men
Boston University
Childhood & Early Life
Bill O’Reilly was born as William James ‘Bill’ O'Reilly, Jr to William James Sr. and Winifred Angela Drake O’Reilly in New York City. Two years after his birth, his family shifted to Levittown, on Long Island.
He completed his preliminary education from St Brigid Parochial School in Westbury after which he attained high school studies from Chaminade High School, acceding to the wishes of his father.
While at high school, he played Little League baseball and was the goalie of the hockey team. Graduating from high school in 1967, he enrolled himself at the Marist College, in Poughkeepsie, New York. He took to playing football and writing for the college newspaper. Furthermore, he played semi-professional baseball as a pitcher for New York Monarchs.
Graduating with a Bachelor of Arts degree in history in 1971, he moved to Miami, Florida where he took to teaching English and history to students at Monsignor Pace High School for two years. 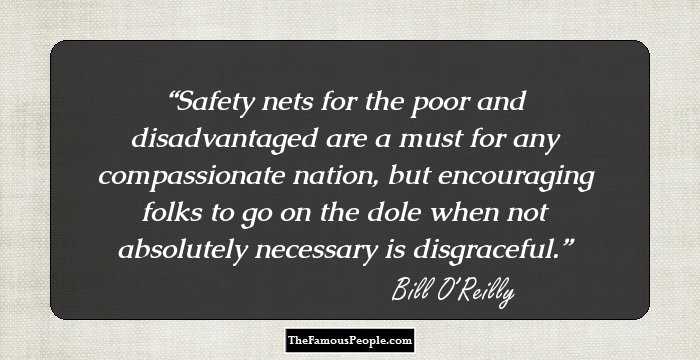 The Sexiest Men Of 2020, Ranked
Career
He started off his career as a reporter and anchor at WNEP-TV in Scranton Pennsylvania. He worked in various departments, including weather. He then moved to investigative reporting for WFAA-TV in Dallas where he was presented with the Dallas Press Club Award.
Over the years he worked for various networks including KMGH-TV in Denver, KATU in Portland, Oregon, WFSB in Hartford, Connecticut and WNEV-TV in Boston. He even won an Emmy award for his coverage of skyjacking.
In 1980, he took up the position of an anchor and correspondent at the WCBS-TV for the local news feature program, ‘7:30 Magazine’. His investigative report which exposed the corrupt city marshals earned him his second Emmy award.
His outstanding brilliance at work earned him a promotion as he became a news correspondent of the CBS News. He was in charge of covering the wars in El Salvador and Falkland Islands, from Buenos Aires, Argentina. However, an uncredited use of riot footage led him to leave the CBS.
In 1986, he delivered a tribute on the tragic death of his friend and ABC News correspondent Joe Spencer. Hearing his deliverance, ABC News president offered him to join the network as a correspondent.
His initial duties at ABC network included hosting daytime news briefs that screened stories to be reported on the day's World News Tonight. Furthermore, he worked as a general assignment reporter for various ABC News programs such as Good Morning America, Nightline and World News Tonight.
In 1989, he joined hands with ‘Inside Edition’, a television gossip tabloid program. He switched in as the anchor of the show after the termination of David Frost.
It was while anchoring for ‘Inside Edition’ that he got his hand onto exclusive broadcasts such as covering the dismantling of the Berlin Wall, doing the first-ever interview of murderer Joel Steinberg and so on. Furthermore, he was the first television host to be present on the scene of the 1992 Los Angeles riot.
Having established himself as a national media personality, he quit ‘Inside Edition’ in 1995 and enrolled at the John F. Kennedy School of Government at Harvard University. He completed his thesis on ‘Theory of Coerced Drug Rehabilitation’. In 1996, he gained a Master’s in Public Administration.
Continue Reading Below
Completing his degree from Harvard, he returned to the world of media and was roped in by Roger Alies, CEO of the then newly-established Fox News Channel for their flagship show titled, ‘The O’Reilly Report’ which was later renamed, ‘The O’Reilly Factor’.
The show was first-of-its-kind to include an opinion-oriented prime-time on cable news programming. The new structure of the show was not only well received by audience but by competitors alike. It started the trend for similar shows to come up.
Very soon, ‘The O’Reilly Factor’ became the top-rated show of the three major U.S. 24-hour cable news television channels. Since then, it is regularly broadcast every weekday on the Fox News Channel
Additionally, he hosted a radio show, ‘The Radio Factor’ which was extremely famous and popular. The show had almost 3.26 million loyal listeners and was broadcast on more than 400 radio stations. He ranked at number 11 on the 100 most important talk shows hosts in America. He continued with the show until 2009.
Other than contributing as a talk show host and a radio personality, he is an avid columnist and writes a weekly column that appears in the New York Post and Chicago Sun-Times.
His first ever written book titled, ‘Those Who Trespass’ was published in 1998. The book was followed by ‘The No Spin Zone’, ‘Who’s Looking Out For You?’, ‘A Bold Fresh Piece of Humanity: A Memoir’ and ‘Pinheads and Patriots’.
In 2011, he came up with his best-selling book, ‘Killing Lincoln’ which topped the New York Times lists. The success of the book led to a movie adaptation of the same name. The super success of ‘Killing Lincoln’ was followed by his next authored release, ‘Killing Kennedy’ and ‘Killing Jesus’ that chronicled fresh details about the events. Just like ‘Killing Lincoln’, ‘Killing Kennedy’ too was adapted into a movie of the same name.
He has often been spotted in popular culture, playing cameo roles in films such as An American Carol, Iron Man 2 and Transformers: Dark of the Moon and in the Stephen Colbert's satiricalComedy Central show The Colbert Report, which is inspired by his own, ‘The O’Reilly factor’ 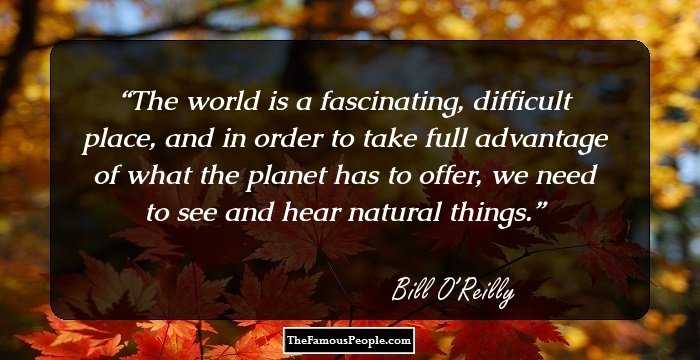 Quotes: Need
Awards & Achievements
He became the proud recipient of the National Academy of Television Arts and Sciences Governors' Award at an Emmy awards show in 2008
He has to his credit two local Emmy awards for his coverage of skyjacking for KMGH-TV and investigative reporting of the city marshals for the WCBS-TV.
Personal Life & Legacy
He tied the nuptial knot with long time beau Maureen E McPhilmy, a public relations executive in November 1996. The couple was blessed with a daughter Madeline and son Spencer.
The unison did not last long and the two separated in April 2010. They were legally divorced in September 2011. 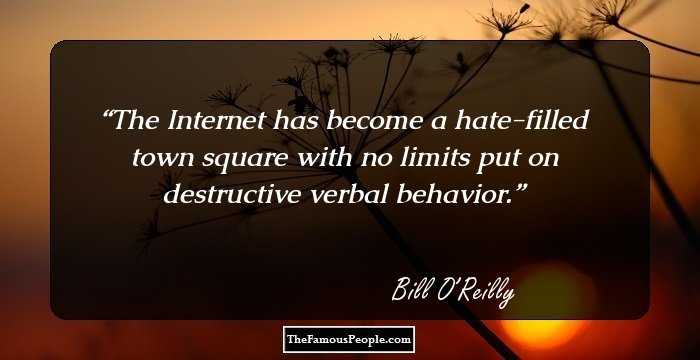 Trivia
While serving as a reporter at WNEP-TV in Scranton, Pennsylvania, he also wrote the jokes for "Uncle Ted's Ghoul School," a Saturday night monster movie show.
Recommended Lists:
Media Personalities #94
You May Like

See the events in life of Bill O'Reilly in Chronological Order