(Referred the 'First Lady of Television', She Holds the Record for the ‘Longest TV Career by a Female’)

Betty White was an American actress, author, animal rights activist, television personality, and comedienne. She also served as a producer and is considered one of the pioneers of American television who played a crucial role both behind and in front of the camera during the early days of American television history. She received the honorary title of ‘Mayor of Hollywood’ for producing a sitcom as she was the first ever female to do so. Betty White received many awards for her performances in sitcoms, game shows, and comedy television shows. She became famous for her role in game shows and was dubbed the ‘First Lady of Game Shows.’ Her career as a singer, actor, host, and producer spanned across 80 years, making her the longest-serving female personality in the world of entertainment. Her interest in acting developed during her school days though she started out to be a writer. From voicing commercials on radio channels, she went on to become an important entertainment personality in America. American Celebrities
Comedians
American Women
Illinois Actresses
Female Comedians
Childhood & Early Life
Betty White was born Betty Marion Ludden White on January 17, 1922, in Oak Park, Illinois, USA. She was the only child to her parents, Christine Tess and Horace Logan White, an executive in a lighting company. She has a diverse ethnicity of Danish, Greek, English, Welsh, and Canadian.
She studied at the ‘Horace Mann School,’ Beverly Hills, and the ‘Beverly Hills High School.’ 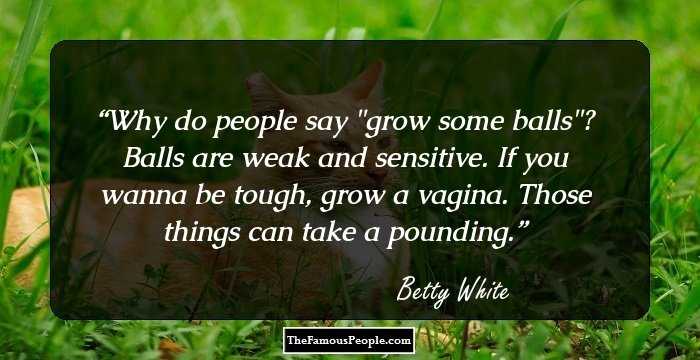 Quotes: You
Continue Reading Below
Career
Betty White joined the radio for reading commercials and playing small parts in plays after being rejected by movie companies.
Three months after graduation in 1939, she made her debut appearance on television by singing songs from an opera called ‘The Merry Widow.’
In the 1940s, she acted in shows titled ‘The Great Gildersleeve,’ ‘Blondie,’ and ‘This is Your FBI’ and started her own radio program called ‘The Betty White Show.’
In 1949, she co-hosted the daily live show ‘Hollywood on Television’ with Al Jarvis and continued for four years.
Throughout the 1950s, she went on performing in TV commercials which included advertisements for ‘Dr. Ross Dog Food’ and other products.
She founded her production company ‘Bandy Productions’ in 1952 and created the comedy production ‘Life with Elizabeth’ in which she played the lead role.
The show ‘Life with Elizabeth’ was syndicated from 1952 to 1955 which gave the 30-year-old White full control on both sides of the camera.
In 1954, she produced and briefly hosted the daily talk show ‘The Betty White Show’ on ‘NBC.’ In 1970s, she produced a sitcom of the same name.
Starting from 1955 up to 1975, she was a commentator on the ‘Tournament of Roses Parade’ show with co-host, Lorne Greene.
Continue Reading Below
From 1957 to 1958, she played the role of Vicki Angel in the sitcom ‘Date with the Angels.’
She appeared on the big screen for the first time in 1962, playing the lead role in the feature drama film ‘Advise & Consent.’
In 1963, she was a co-host of the game show ‘Password’ with Allen Ludden whom she married later.
She made a guest appearance on ‘The Mary Tyler Moore Show’ in 1973, playing the role of Sue Ann Nivens.
In 1985, she appeared in her biggest hit show ‘The Golden Girls.’
In 1999, she appeared in a supporting role in the monster film ‘Lake Placid.’
Her other films include ‘Hard Rain,’ ‘Dennis the Menace Strikes Again,’ ‘Bringing Down the House,’ and ‘Return to the Batcave: The Misadventures of Adam and Burt.’
In 2004, she appeared as a guest star in ‘The Practice.’ In 2006, she appeared in ‘Comedy Central Roast of William Shatner’ and then made another guest appearance in ‘The Oprah Winfrey Show’ in 2008.
She starred in ‘TV Land Awards’ in 2007 and appeared in ‘Boston Legal’ from 2005 to 2008.
Continue Reading Below
She appeared in ‘The Bold and the Beautiful’ from 2006 to 2009.
Her love for the animals became evident in the show ‘PetMeds’ in 2007.
She voiced a character named Yoshie in a film titled ‘Ponyo’ in 2008 and acted in the film ‘The Proposal’ in 2009.
She played a part in the TV show ‘Hot in Cleveland’ and appeared as a guest in ‘Community’ in 2010.
She appeared in the ‘Visit California’ promotional in 2011 and recorded a remix of her original song ‘I’m Still Hot.’
She lent her voice to a Mickey Mouse character in 2013 and made a guest appearance in ‘Soul Man’ in 2014. She was the host of ‘Betty White’s Off their Rockers’ from 2012 to 2014.
Since 2015, she has been hosting the television series, ‘Betty White's Smartest Animals in America.’ She has also lent her voice to a character in ‘SpongeBob SquarePants’ and guest-starred in series like ‘Crowded’ and ‘Young and Hungry.’
A documentary based on her life ‘Betty White: First Lady of Television’ was released in 2018 in her honor. In 2019, she voiced the character of Bitey White in the computer animated comedy film ‘Toy Story 4.’ 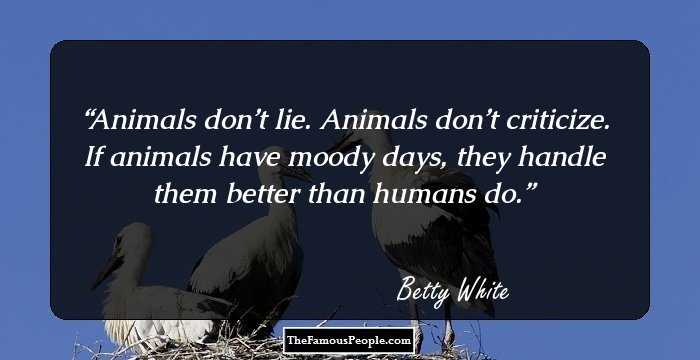 Continue Reading Below
Awards & Achievements
She was awarded the ‘Regional (LA) Emmy’ award (1952) under the outstanding female personality category.
She received ‘Emmy Awards’ (1975, 1976, 1983, 1986, 1996, and 2010) as an outstanding supporting actress. She was presented with the ‘Emmy Lifetime Achievement Award’ in 2015.
She is the recipient of ‘American Comedy Awards’ (1987, 1990, and 2000) as the funniest female performer in a TV series.
She received the ‘Viewers For Quality Television Award’ in 1987 and 1988 as the best actress in a comedy series.
She was inducted into the ‘Television Hall of Fame’ in 1995 and has a star in ‘Hollywood Walk of Fame.’ She was also recognized as a ‘Disney Legend’ along with her cast members from ‘Golden Girls’ (class of 2009).
Personal Life & Legacy

Betty White married thrice. In 1945, she married Dick Barker, a U.S. armed forces pilot, but the marriage was short-lived. Thereafter, she married Lane Allen, a Hollywood agent, but this marriage too ended in a divorce in 1949.

In 1963, she got married to TV host and personality Allen Ludden and the two remained together till his death in 1981.

She was recognized as a ‘Kentucky Colonel,’ the highest honor from the ‘Commonwealth of Kentucky.’

An animal lover, White supported many animal welfare associations, such as ‘Los Angeles Zoo Commission’ and ‘The Morris Animal Foundation.’

She wrote and published many books based on her love for animals and her career on television. She received a ‘Grammy Award’ for the audio recording of her book, ‘If You Ask Me (And of Course You Won't).’ 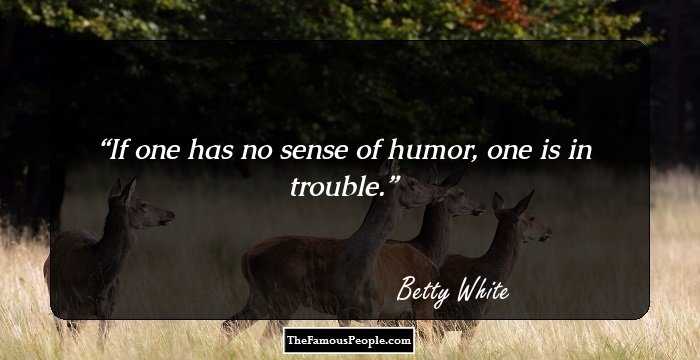 Betty White died of natural causes at her home in Los Angeles on December 31, 2021. She would have turned 100 on January 17.

Quotes By Betty White | Quote Of The Day | Top 100 Quotes

See the events in life of Betty White in Chronological Order