Bess Armstrong is an American actress known for her work in films, stage productions, and television. She is most popular for her roles in films such as 'High Road to China' and 'Jaws 3D', where she played lead roles. Born in Baltimore, Maryland, she appeared in many plays before she began her on-screen career with a main role in the situational comedy show 'On Our Own'. Armstrong then appeared in a few TV movies such as 'Getting Married' and 'Walking through the Fire'. She earned popularity for her work in the adventure romance film 'High Road to China' wherein she played an heiress who hires a pilot to hunt for her missing father. She earned a nomination for the Saturn Award for Best Actress for her role. She also became known for her role in the film ‘Jaws 3D’ which was the third sequel to the famous movie ‘Jaws’ by renowned filmmaker Steven Spielberg. Though the film became a commercial success, it received poor reviews. Throughout her career, Armstrong has also acted in many TV shows such as ‘My So-called Life’. 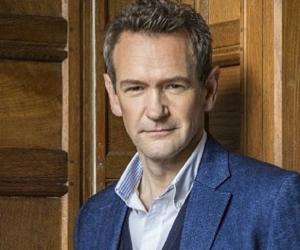 Kelly McGillis
Actresses #3440
Film & Theater Personalities #8925
Continue Reading Below
DID WE MISS SOMEONE?
CLICK HERE AND TELL US
WE'LL MAKE SURE
THEY'RE HERE A.S.A.P
Quick Facts

American People
Maryland Actresses
Brown University
American Actresses
Sagittarius Actresses
Childhood & Early Life
She was born as Elizabeth Key Armstrong in Baltimore, Maryland, in the United States, on 11th December 1953. Her father Alexander Armstrong worked as an English teacher, and her mother Louise Allen was a teacher as well.
Armstrong studied at the Bryn Mawr School for Girls and later at the Brown University, from where she graduated with a degree in Latin and theatre. She acted in as many as a hundred plays before finally beginning her TV career.
Continue Reading Below
You May Like

The Hottest Male Celebrities With The Best Abs
Career
Bess Armstrong made her television debut playing a lead role in the situational comedy TV series ‘On Our Own’. It aired on the CBS network from 1977 to 1978. She then appeared in TV movies, such as ‘Getting Married’ (1977), ‘How to Pick Up Girls’ (1978), ‘Walking through the Fire’ (1979), and ‘11th Victim’ (1979).
In 1981, she played a main role in the romantic comedy film ‘The Four Seasons’. It was about the story of three married couples living in New York City. The film was a commercial success, earning around eight times its entire budget.
She next played a main role in the film ‘Jekyll and Hyde… Together Again’. Directed by Jerry Belson, the film was based on the novel ‘Dr Jekyll and Mr Hyde’ by RL Stevenson. The film was a commercial failure.
She became known after she played the female lead in the 1983 American film ‘High Road to China’. She played the lead role of an heiress who hires a pilot to hunt down her missing father. The film was a commercial success. She next portrayed Dr Kathryn in the film ‘Jaws 3D’, which was directed by Joe Alves. The film was a commercial success, though it received very poor reviews from critics. The movie was known for the use of 3D technology.
In 1984, she played the lead role in the TV miniseries’ Lace’ which was based on a novel of the same name by Shirley Conran. Other TV shows she appeared in include ‘Married People’ which aired from 1990 to 1991 and ‘That Was Then’ which aired in 2002.
Her exhaustive list of movie credits includes ‘The House of God’ (1984), ‘Nothing in Common’ (1986), ‘Dream Lover’ (1994), ‘That Darn Cat’ (1997), ‘Diamond Men’ (2000) and ‘Next of Kin’ (2008). She was also seen in many TV movies such as ‘Stolen Innocence’ (1995), ‘Christmas Every Day’ (1996), ‘Forever Love’ (1998) and ‘I Married Who?’ (2012).
Over the years, Armstrong has played guest roles and recurring roles in several TV shows as well; these include ‘Criminal Minds’ in 2009, ‘CSI: Crime Scene Investigation’ in 2012, and ‘House of Lies’ from 2013 to 2014. Her recent works include roles in shows such as ‘Conviction’ and ‘Scandal’.
Major Works
Bess Armstrong played the lead role in the 1983 film ‘High Road to China’ which was directed by Brian G Hutton. With Tom Selleck and Bess Armstrong in the lead roles, the film also included actors Jack Weston, Wilford Brimley and Robert Morley. The film was a commercial success and earned nearly twice its budget. It also earned a nomination for the Saturn Award for Best Fantasy Film.
Armstrong also earned popularity for her role in the American thriller film ‘Jaws 3D’. Directed by Joe Alves, the film starred actors Dennis Quaid, Bess Armstrong, Simon MacCorkindale, Louis Gossett Jr., John Putch and Lea Thompson. The film did well commercially, earning $88 million on a budget of $18 million, despite receiving negative reviews. It also became notable for its use of 3D technology.
Awards & Achievements
Bess Armstrong earned a nomination for the ‘Saturn Award for Best Actress’ for her performance in ‘High Road to China’.
Personal Life
Bess Armstrong has been married to John Fiedler since 1985. The couple had three children named Luke, Lucy, and Samuel. Lucy, however, died shortly after her birth.
She was previously married to Chris Carreras for one year.
You May Like

See the events in life of Bess Armstrong in Chronological Order