Anthony Padilla is the co-founder of Smosh and the partner of Ian Hecox; together they make web-based sketch comedy videos. In 2005, they began their own YouTube channel called Smosh which has millions of subscribers, and is hailed as one of the most popular channels on YouTube. They have billions of views on their hilarious video content channel. The two have launched another channel which has millions of subscribers as well. They have been best friends since sixth grade, and have sworn to have each other’s back. Anthony Padilla has also created his own channel, which is popular among his fans. He is also famous on Instagram and Twitter where he has millions of followers as well. Anthony Padilla loves cracking jokes and on his Facebook account, he has registered his occupation as a lawyer, simply in jest. When Anthony Padilla was 15, he was diagnosed with Henoch-SchonleinPurpura (HSP). He couldn’t attend school as he was almost bed-ridden and decided to use his time fruitfully by learning coding. He found a means to connect with his friends without needing to hang out with them; he called it Smosh. His website gained so much popularity that people beyond his friend circle began using it. From 30 users his base grew to 30,000 users soon. One fine day, along with his friend Ian, he posted a video on Smosh.com of himself and Ian lip-syncing to the Power Rangers song. The video went viral and people began posting its link on their My Space accounts. His Smosh video found its way to YouTube, which was then a new platform. Since paying for Smosh bandwidth was expensive, Anthony and Ian created their own YouTube channel titled Smosh. The two also took up merchandise together, and sold apparel to make additional money during college. Two years later, YouTube offered them a chance to be part of its first wave of Ad Program. Thus, they began making money on their videos. Six months later, the duo dropped out of college and took up YouTube full-time.

Anthony Padilla’s dark brown hair, brown eyes, and cute looks make him a sensation among girls. He is very attractive, smart, and witty, the perfect blend for a man. He is determined, and has never let his disorders come in the way of his progress. He used to be shy, and still is to quite an extent, especially when it comes to women! He is hard-working and has chalked out his career to achieve his dreams.

There is one thing that Anthony Padilla mentions he loves above everything else, and that is Tacos! Anthony is currently a vegan, owing to health issues. He is a movie buff; his favorite being Disney Production’s Toy Story. In fact, he believes that the story is true and in their own parallel universe toys are alive, which indicates how fond he is of toys as well! He loves to be around kids and pampers them, especially his cousin Sadie.

Anthony Padilla’s parents broke up when he was two. He used to visit his father, Dan, only during the weekends. He was torn between his parents, and tried to have both his parents in his life. As a young boy, he witnessed his mother suffering from agoraphobia, which is an anxiety disorder that caused her to be house imprisoned. Another devastating event as a child was watching his beloved grandmother pass away. He had to shoulder the household responsibility and got used to venturing out and buying groceries for the family at the age of 14. He spent little time with other kids, except for Ian. He was also diagnosed with HSP which has fortunately remained dormant throughout his adulthood. He dropped out of college as he wanted to pursue his career. However, at 21 he had an anxiety attack; his mother’s disorder had passed onto him. His anxiety began to govern him, as he got more anxious with time and felt that his career would get ruined because of the disorder. For over five years, he battled with anxiety and learnt how to prevent it from occurring. When it comes to his love life, Anthony Padilla mentioned in his Draw My Life video that his relationship with Kalel Cullen was toxic and manipulative. Hence, he broke up with her. Kalel refuted his accusations, and took to Twitter to post about it, later resolving it by tweeting “Let’s leave the past in the past.” He is currently dating Miel and has chosen not to reveal further details of his personal life. 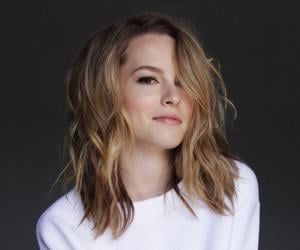