(Actress Known for Her Role in the TV Series: 'Law & Order', 'Rizzoli & Isles' and 'Baywatch Nights')

Advanced Search
Angie Harmon is an American actress and model, who has appeared in number of films and TV series over the years. Initially, she was a professional model and after gaining international fame she made her foray into acting. She began her career acting career in 1995 with the television series ‘Baywatch Nights’. She has also done voice acting and has provided her voice to an animated version of the movie ‘Batman Beyond: Return of the Joker’. In the early 2000, Harmon decided to focus only on films and quit working in TV series. After appearing in few movies, she went back to acting in TV series. She has been one of the few actresses who have posed discreetly nude for ‘Allure’ magazine in 2008. Her major work has been as Detective Jane Rizzoli on TNT series ‘Rizzoli & Isles’. For her role as a detective, she was well-appreciated and won awards. Angie Harmon has been nominated for her work over the years, and has won few awards for her outstanding performances. 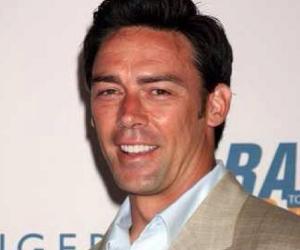 American People
Actresses
American Women
Texas Actresses
Leo Models
Childhood & Early Life
Angie Harmon was born on 10 August, 1972 in Dallas, Texas, to Lawrence Paul Harmon and Daphne Demar. Her father was a hospital information network executive in Texas and has German and Irish ancestry, whereas, her mother is of Greek descent.
Angie began modelling since an early age and when she was 15 years old, she beat out 63,000 contestants in a national contest for cover page of ‘Seventeen’ magazine. Until 1990, she attended Highland Park High School and was also a member of the Highland Belles.
She also won the Spectrum Model Search and was seen as a runaway model for celebrated designers, such as Calvin Klein, Versace, Donna Karan, Valentino and many others. Also, she graced the covers of fashion magazines and modelled for Vogue, Cosmopolitan, GQ, Esquire, and Harper’s Bazaar. 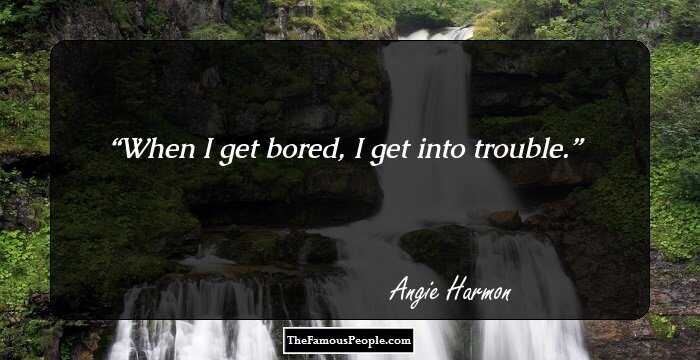 Continue Reading Below
Career
In the mid-1990s, Angie Harmon moved to Los Angeles and began her acting career. She was ‘discovered’ by producer David Hasselhoff on a plane in 1995. He offered her the lead role in the detective series spin-off ‘Baywatch Nights’.
She also signed some other shows like ‘Baywatch’ and the short-lived drama ‘C-16’ where she played the role of a FBI agent. Her debut movie released in 1997 which was an independent film ‘Lawn Dogs’ where she worked with Sam Rockwell.
In 1998, she was seen playing the role of Assistant District Attorney, Abbie Carmichael on the award-winning show ‘Law & Order’. She has also featured in few episodes of ‘Law & Order: SVU’. She also went on to give her voice in the animated film ‘Batman Beyond: Return of the Joker’.
During this time, Harmon decided to concentrate on her film career and she left the television series ‘Law & Order’. In 2001, she was seen in direct-to-video film ‘Good Advice’, and also had a supporting role to play in ‘Agent Cody Banks’ in 2003. In 2006, she was seen in direct-to-DVD political suspense drama ‘End Game’.
Returning back to television, she was seen in ABC’s ‘Secrets of a Small Town’s’ pilot episode. There was another show, ‘Inconceivable’ in which Harmon starred but even that was cancelled after two episodes.
In 2007, she starred in another pilot of ABC show ‘Women’s Murder Club’. Initially, the police drama was well-appreciated but later only ten of its episodes were aired.
In 2008, she made headlines when she became one of the five actresses to pose discreetly nude for May 2008 issue of Allure magazine with Gabrielle Union, Zoe McLellan, Jill Scott, and Ana Ortiz.
In 2010, Harmon was seen in infomercials for ‘UpLiv’ which was a stress management program, and also for Olay ‘Pro-X’ wrinkle cream.
In 2010, she grabbed herself a role in crime-drama series ‘Rizzoli & Isles’. In the show, she co-starred with Sasha Alexander and played Boston police detective Jane Rizzoli. The show went on air on July 12, 2010 and Harmon directed the 100th episode.
Continue Reading Below
Apart from television and movies, she has also appeared in music video for Craig Morgan ‘The Ole Boy’ which was released in January 2012. During the promotions of her show ‘Rizzoli & Isles’, she revealed on a talk show that she is a fan of Marvel’s Comics and would love to play She-Hulk. 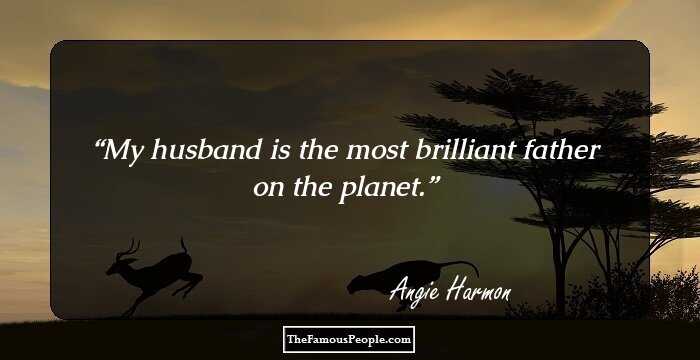 Major Works
Angie Harmon has appeared in number of TV series but the role for which she was appreciated and known was in ‘Law & Order’ where she played the role of Abbie Carmichael for which she was nominated for Screen Actors Guild Awards.
Her role as Jane Rizzoli in ‘Rizzoli & Isles’ as a police detective was also noticed and appreciated by many. The show lasted for seven seasons and helped her win awards.
Awards & Achievements
In 2012, Angie Harmon won Gracie Allen Award for Outstanding Female Actor in a Leading Role in a Drama Series for ‘Rizzoli & Isles’
In 2015, she won the People’s Choice Award for Favourite Cable TV Actress for ‘Rizzoli & Isles’. 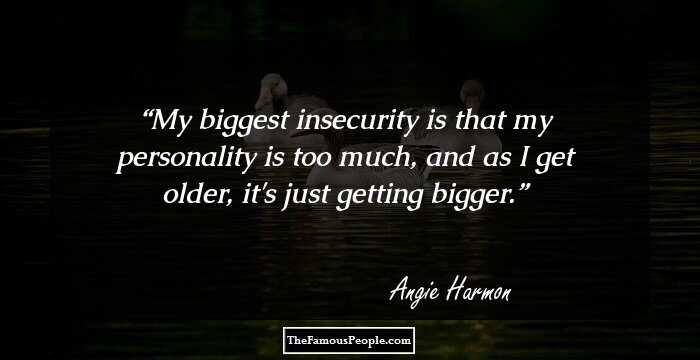 Personal Life & Legacy
Jason Sehorn, a former NFL player, proposed Angie Harmon on ‘The Tonight Show with Jay Leno’ where he was called as a surprise guest. They got engaged on March 13, 2000 and a year later tied the knot on June 9, 2001.
Together they have three daughters – Finely, Avery, and Emery. The couple decided to end their marriage in November 2014, and after 13 years of togetherness got divorced.
Angie Harmon is a Republican and supported the then President George W. Bush. She had also delivered a speech at 2004 Republican National Convention.
Like many Hollywood celebrities, she is active in charity work. She also supports UNICEF, the Alliance for Children’s Rights and the Children’s Institute.
Trivia
She met her husband, Jason Sehorn, after she attended a Giants football game.
She is the cousin of singer, actor, writer and director Sam Harris.

Quotes By Angie Harmon | Quote Of The Day | Top 100 Quotes

See the events in life of Angie Harmon in Chronological Order