Andrew Glennon is an American cinematographer who is best known as the boyfriend of reality TV star, Amber Portwood. She is one of the prominent stars on ‘MTV’s’ show ‘Teen Mom OG’. Before he achieved fame as her boyfriend, he had been employed as a cinematographer for a few short films and has even worked in the camera department of films and TV shows. Andrew met Amber on the set of a reality TV show where he was employed as a production member and she was a cast member. At the time of their meeting, she was in the midst of a tumultuous relationship with her ex-fiancé but was immediately attracted to Andrew. They created a stir when she was seen kissing him, but they held back their relationship until the end of the show. Shortly after, they moved in together and welcomed their first child together. Both have had a rough past including drugs, assault, and imprisonment for her, and restraining orders for him. Both have battled depression in their lives. Most recently, he was in the news for calling the cops on Amber for assaulting him, and has even filed for sole custody of their child. 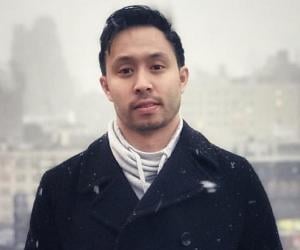 Alton Brown
Cinematographers #153
Film & Theater Personalities #26447
Continue Reading Below
DID WE MISS SOMEONE?
CLICK HERE AND TELL US
WE'LL MAKE SURE
THEY'RE HERE A.S.A.P
Quick Facts

American People
Tall Celebrities
Tall Male Celebrities
American Cinematographers
American Film & Theater Personalities
Rise to Fame
Andrew Glennon is a professional cinematographer, having worked on several short film projects. He has worked in the camera and electrical department for projects like ‘Silent Sea’, ‘The First Date’, ‘Kiss Kiss’, ‘U.Z.L.A’, etc. and took up jobs as a cinematographer for a few short films like ‘Takers’ and ‘The Player’.
In August 2017, he shot to fame when he was seen kissing ‘Teen Mom OG’ star, Amber Portwood, at her home in Indianapolis. He first met her while working on the sets of the ‘WEtv’ reality TV show ‘Marriage Boot Camp’, where she was trying to sort out her issues with her then-fiancé, Matt Baier. Their passionate kiss sparked a controversy, but they temporarily cooled off their relationship till the production of the show wrapped up. She had agreed to feature on the show after discovering that Baier had cheated on her with multiple women and even had children with them. In early 2017, she was reportedly accused of domestic abuse towards Baier. After several reconciliation attempts, she called off their wedding.
Amber Portwood had achieved fame much before her engagement with Baier. After dropping out of high school due to a teenage pregnancy with her baby’s father, Gary Shirley, the couple got engaged and lived together for some time before welcoming their daughter, Leah. In 2009, they shot to fame with the ‘MTV’ reality show ’16 and Pregnant’, but ultimately separated in 2011 on a bad note. She had reportedly physically assaulted him and left him with a permanent scar on his face. In 2012, she was given a five-year imprisonment sentence for drugs possession, but was released early in November 2013. Thereafter, in 2015, she featured on the show ‘Teen Mom OG’.
After she broke up with Baier, Andrew started dating her. In spite of her troubled past, he accepted her whole-heartedly and they eventually moved in together. He soon started featuring with her on the ‘MTV’ show ‘Teen Mom OG’. She has reportedly been on medication for depression even after the birth of their son. They had discussed a possible marriage in recent weeks but he was seen arguing with her on many recent episodes of the show.
His popularity on Instagram has grown after meeting Amber and his account has become a ‘verified’ one. Most of his posts are about family life but he occasionally posts affiliated and sponsored product posts too.
You May Like

The Sexiest Men Of 2020, Ranked
Continue Reading Below
Controversies & Scandals
In 2013, Andrew Glennon was reportedly given a restraining order for three years for harassing an ex-girlfriend. In 2015, another woman asked for a restraining order against him, but it was dismissed. He insists that he had not harassed either of the two women.
In early July 2019, he reportedly got into an argument with Amber. It blew up into a physical altercation where she allegedly hit him while holding still their 13-month-old child. He called up the police who arrested her on domestic battery charges. A few days later, he filed documents for an emergency hearing to gain sole custody of their child.
Family & Personal Life
Andrew Glennon was reportedly born in the year 1984, in Malibu, California. His exact birth date is not unknown. He has three sisters. Not much is known about his childhood or early life. His father, James, was an ‘Emmy Award’-winning cinematographer. He mentioned in an interview once that his mother had been diagnosed with breast cancer and his father with prostate cancer. His mother survived but his father passed away. He began drinking to cope with depression and the loss of his father.
He started dating Amber Portwood in August 2017. He has a stepdaughter, Leah, from Amber’s previous relationship. They welcomed their son, James, on May 8, 2018. He currently lives in Indiana, USA. 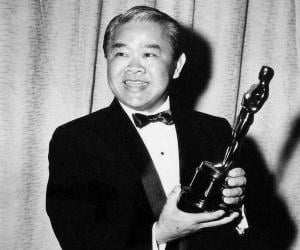