Born In: Cuban and Spanish Actress Known for Her Role in the Film ‘Una Rosa de Francia’

Ana de Armas is a Spanish-Cuban actress who is known for her performances in the films 'Hands of Stone' and 'Blade Runner 2049.' She used to work in the Spanish film industry before transitioning to Hollywood. However, the move did not come without a unique set of challenges, as Ana could not speak English properly. Not only did she learn the language, but also proved her acting abilities through her impressive movie performances. Thanks to her risky move, inherent talent and hard work, she has managed to earn the same level of popularity that she enjoyed in the Spanish industry. Back in Spain, Ana was a regular screen actress who worked in films as well as television. In Hollywood, she is only a few movies old and has already made her mark as an actress. In her short career, she has portrayed a couple of prominent real-life inspired characters and received an award nomination for her performance. She is now all set to make her debut in the James Bond franchise. Born In: Cuban and Spanish Actress Known for Her Role in the Film ‘Una Rosa de Francia’

Robin Weigert
DID WE MISS SOMEONE?
CLICK HERE AND TELL US
WE'LL MAKE SURE
THEY'RE HERE A.S.A.P
Quick Facts

Cuban People
Spanish People
Spanish Women
Taurus Actresses
Cuban Actresses
Spanish Actresses
Childhood & Early Life
Ana de Armas was born as Ana Celia de Armas Caso on April 30, 1988, in Santa Cruz. She grew up in Havana, Cuba, with a brother. She is of Spanish descent from her mother’s side.
She was just 12 years old when she decided to become an actress. In order to learn the craft professionally, she attended the 'National Theater School of Cuba.'
Continue Reading Below
Career
Ana de Armas made her acting debut in the Spanish film 'Una rosa de Francia' (Virgin Rose). In the 2006 crime drama, she played the role of Marie.
She moved to Spain at the age of 18 in hope of getting more opportunities. She debuted on television in the 2007 TV movie 'El edén perdido.' In the same year, she was cast in the leading role of Carolina Leal in the Antena 3 drama-thriller 'El Internado' ('The Boarding School'). She played that role for six seasons.
Her credits in the Spanish industry are the films 'Mentiras y gordas' (2009), 'Faraday’ (2013) and 'Por un puñado de besos' (2014). She was also part of the period TV series 'Hispania, la leyenda' (2010–2012) and 'Blind Alley' (2011).
Ana moved to Los Angeles in 2014 in order to transition into a Hollywood actress. Immediately after she moved, she was roped in the 2015 American erotic thriller-horror film 'Knock Knock,' in which she played the starring role of Bel. She then shared screen space with famous actor Keanu Reeves in the 2016 thriller 'Exposed.'
In 2016, her prominent Hollywood project was the biopic of the Panamanian former professional boxer Roberto Durán, 'Hands of Stone.' Ana played Felicidad Iglesias, the mother of Roberto's five children.
She was seen in a prominent role in the biographical dark comedy-crime film 'War Dogs' (2016). She played Iz, girlfriend of the former arms dealer, musician, inventor and entrepreneur, David Packouz, played by Miles Teller.
After appearing in a critically acclaimed role in the 2017 action thriller, 'Overdrive,' Ana cemented her position in Hollywood with the neo-noir science fiction 'Blade Runner 2049.' In it, she played a holographic (virtual) character named Joi who was the girlfriend of the blade runner, played by Ryan Gosling. For her performance, she received a 'Saturn Award' nomination in the best supporting actress category. The movie won two ‘Academy Awards’.
Currently, Ana is involved in several movie projects, including the British comedy 'Yesterday,' the action crime thriller 'The Informer,' the mystery crime movie 'Knives Out,' and the crime drama 'The Night Clerk.' All of these movies are scheduled to be released in 2019.
In 2020, she will be seen in the next movie of the 'Bond' franchise. She will also feature in the upcoming drama 'Wasp Network' and 'Entering Red,' a short film directed by Matteo Garrone.
Apart from working in movies, Ana also featured in Sidecars’ 2009 music video 'Mundo fragil' and on the cover of ‘FHM Spain’ magazine in 2009.
Family & Personal Life
Ana de Armas was married to Spanish actor Marc Clotet from 2011 to 2013. Currently, she is reported to be dating Alejandro Pineiro Bello, a Cuban visual artist. The couple often posts pictures together on social media.
Before marrying Bello, she dated talent agent Franklin Latt. The relationship was made public through an 'Instagram' picture, in which Ana called Franklin her “Valentine”. The relationship went kaput only after a few months.
She is reported to have had an affair with her 'Hands of Stone' co-star Edgar Ramirez. The duo was seen sharing an intimate moment at the 2016 'Cannes Film Festival.' Ana is also rumoured to have dated her 'Overdrive' colleague Scott Eastwood for a short while.
Trivia
Ana de Armas has central heterochromia, which means she has green eyes with brown centres. There are tiny brown spots on her irises as well. 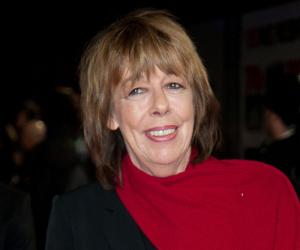 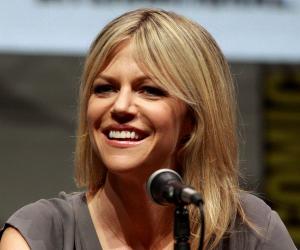 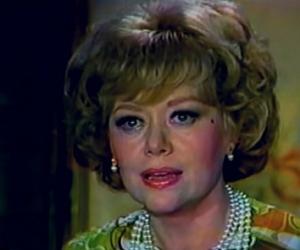