Amir Khan is a British professional boxer and a former unified light-welterweight world champion who held the Commonwealth lightweight title for two years, the WBA title for four years, the WBC Silver welterweight title for three years and the IBF title once. He gained attention during his amateur career for winning a silver medal in the lightweight division at the 2004 Olympics, which made him the youngest British boxing Olympic medalist at the age of 17. Following his WBA title win at the age of 22, he also became one of the youngest British professional world champions. He also unsuccessfully challenged once for a middleweight world title. Among other sports, he is interested in mixed martial arts, cricket, basketball, and football. He appeared on the Channel 4 TV show 'Amir Khan's Angry Young Men' which sought to refocus lives of troubled angry men. He also competed in the seventeenth series of the survival reality TV show 'I'm a Celebrity... Get Me Out of Here!', in which he finished in the fifth place. British People
British Boxers
Sagittarius Boxers
Male Sportspersons
British Sportspersons
Childhood & Early Life
Amir Iqbal Khan was born on December 8, 1986 in Bolton, Greater Manchester, into a Punjabi Rajput family originally from the village of Matore in Rawalpindi district of the Punjab, Pakistan. His father, Shajaad Khan, is a local scrap dealer in Bolton.
He has two sisters, Tabindah Khan and Mariyah Khan, a younger brother, Haroon "Harry" Khan, and is the first cousin of English cricketer Sajid Mahmood. He went to Smithills School in Bolton, and later enrolled into Bolton Community College.
Continue Reading Below
Career
At the age of 11, while still studying at Smithills School, Amir Khan began to participate in competitive boxing at the Bury Amateur Club. During his amateur career, he won gold medals at the 2003 Junior Olympics, the 2004 European Student Championships and the 2004 World Junior Championships.
The highlights of his early career include winning an amateur match against Victor Ortíz in a second round stoppage and winning the Strandja Cup to qualify for the Olympics in Athens. At 17, he became the youngest boxer to represent Britain in the Olympics in almost three decades, and earned a silver medal in the lightweight boxing category, becoming the youngest Briton to achieve this feat.
His bout against Australian Gary St Clair in a contest for the Commonwealth lightweight title at the ExCel Arena in London was his first fight to last 12 rounds, but he won by unanimous decision. As the third ranked WBO fighter, he defeated fourth ranked Martin Kristjansen in the seventh round of a WBO lightweight title eliminator on April 5, 2008.
His next fight was against super featherweight champion, Michael Gomez. on June 21, 2008, a fight he won despite being knocked down in the second round. After parting ways with trainer Oliver Harrison a few months back, his new trainer Jorge Rubio scheduled a fight against lightweight Breidis Prescott in August 2008, which he lost in just 55 seconds.
He replaced Rubio with Freddie Roach, and made a comeback against WBO world lightweight top ranker Marco Antonio Barrera, his highest-profile opponent to date, whom he defeated by a technical decision on March 14, 2009. On July 18, 2009, he became the third-youngest Brit to win a world title following his WBA light welterweight title win at the MEN Arena in Manchester against Andreas Kotelnik.
He won his first WBA light welterweight title defense against undefeated Dmitry Salita on December 5, 2009, followed by another title defense against Paulie Malignaggi on May 15, 2010. He retained his title with successful fights against Marcos Maidana on December 11, 2010, Paul McCloskey on April 6, 2011 and Zab Judah on July 23, 2011.
The last fight unified the IBF and WBA light welterweight titles, which he lost to Lamont Peterson by a very controversial split decision. A rematch was cancelled after Peterson was tested positive for PEDs, following which he was stripped off the WBA title and Khan was reinstated as the WBA champion.
Despite being the favorite in his next title defense against undefeated Danny García on July 14, 2012, he lost the fight by TKO. However, he defeated the then-undefeated Carlos Molina in the next fight on December 15, 2012 to claim the WBC Silver light welterweight title.
He next had a tough fight against Julio Díaz on April 27, 2013, which he won by a very close unanimous decision. He claimed the WBA International welterweight title and the vacant WBC Silver welterweight title by defeating former champion Luis Collazo on May 3, 2014.
Continue Reading Below
He retained his WBC Silver welterweight title in the next two fights against Devon Alexander on December 13, 2014 and Chris Algieri on May 29, 2015. He then moved up two weight divisions to middleweight and fought Saul "Canelo" Álvarez on May 7, 2016, but failed to claim WBC, The Ring, and lineal middleweight titles due to a KO loss.
He was supposed to fight the then-WBO welterweight champion Manny Pacquiao next, but after the bout failed to materialize, he remained inactive throughout 2017. He announced his return to welterweight in early January 2018 and is scheduled to have three exclusive fights on Sky Sports starting on April 21, 2018.
Achievements
Amir Khan became the youngest British national to win an Olympic medal at the age of 17, and at 22, he won the WBA title as one of the youngest ever British professional world champions. He held the Commonwealth lightweight title from 2007 to 2008, the WBA title from 2009 to 2012, the WBC Silver welterweight title from 2014 to 2016 and the IBF title in 2011.
Awards & Achievements
Amir Khan was nominated for the 'Laureus World Sports Award' for 'Breakthrough of the Year' in 2005, 'BBC Sports Personality of the Year Award' in 2011, and the 'British Muslim Awards' in 2013.
He was awarded the 'Pride of Performance' by the President of Pakistan, in 2014.
Personal Life & Legacy
Amir Khan got engaged to Pakistani-American student, Faryal Makhdoom, on January 29, 2012 in an event attended by a thousand friends and family members. Their wedding on May 31, 2013 at the Waldorf Astoria in New York City was followed by a traditional Walima celebration in Manchester in front of 4,000 guests.
The couple welcomed a daughter, Lamaisah, on May 23, 2014. He announced his impending split from his wife in August 2017, but the two later reconciled.
He has launched Amir Khan Academy in his hometown Bolton and in Islamabad. He has also announced his plans to open a banqueting hall in Bolton.
He is involved in a number of charitable causes including raising money for the 2004 tsunami victims, visiting Pakistan after the 2005 Kashmir earthquake, promoting child safety and encouraging men to end violence against women.
He received an honorary degree from the University of Bolton in 2015 for his contributions to sport and charity.
Trivia
Amir Khan was convicted of careless driving in October 2007 after he hit a pedestrian named Geoffrey Hatton who broke a leg in the accident. He was fined, banned from driving for six months, and also paid Hatton a large sum, but the victim succumbed to gastrointestinal bleed two years later.

See the events in life of Amir Khan in Chronological Order 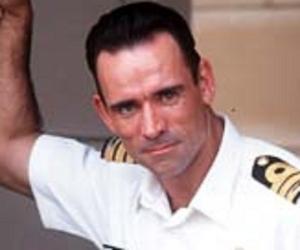