Amberley Snyder is an American barrel racer champion. She is known as an inspirational figure for resuming her rodeo career, even after a fatal accident that had left her paralyzed below the waist. Snyder is a born rider and had started riding when she was a toddler. Her passion for the sport soon turned into a career, and she began participating in various competitions. Snyder had already won buckles by the age of 7. She simultaneously participated in events such as pole bending and breakaway roping. Unfortunately, she severely injured her vertebra in a car crash. The doctors were not sure if she would ever be able to walk again. This incident impacted her deeply. Along with physiotherapy, she had to go to rehab to stay motivated. However, Snyder proved to be a fighter and stunned everyone when she not only recovered but also resumed her rodeo career. She then became a motivational speaker and attempted to inspire people with her story. Snyder has also written an inspirational book that tells readers how to overcome adversity. She currently competes as a barrel racer and breakaway roper.
Continue Reading Below 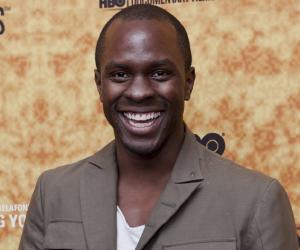 American People
American Sportspersons
American Women Sportspersons
Aquarius Women
Childhood & Early Life
Amberley Snyder was born on January 29, 1991, in California, U.S., to former 'Major League Baseball' right fielder Cory Snyder and Tina. She was the second-oldest of the six children in the family, and her five siblings are Ashley, JC, Taylor, Aubrey, and Autumn.
She started learning horseback riding at the tender age of 3. She eventually developed a passion for horses. She was 7 when her family moved to Utah, after her father's retirement from baseball,
To pursue her passion, Snyder agreed to obey her parents on the condition that she be allowed to join a barrel racing horse. Thus, her rodeo career began.
She has always been a competitive person. She passed on the same spirit to her siblings, who would often participate in several sports and gymnastics competitions.
Snyder eventually learned to control horses and had a great level of communication with them. She could connect to them on a personal level.
Continue Reading Below
You May Like

The Hottest Male Celebrities With The Best Abs
Rodeo Career
Snyder was 7 when she competed in her first rodeo barrel racing. However, she paused for a while to polish her skills in barrel racing, pole bending, and breakaway roping.
In 2009, she cleared the pole bending round of the 'National High School Finals' and won the 'All-Around Cowgirl World Championship' in the 'National Little Britches Rodeo Association.' She served as the president of the ‘Utah State FFA’ ('Future Farmers of America') for 2009–2010.
In 2009, she made it to the top six contestants in the pole bending and goat tying rounds.
The position got her to learn valuable leadership and communication skills.
Just a month before her accident, Snyder had won two saddles and 11 buckles at the 'Little Britches Rodeo' in Colorado. The victories had not only earned her the top spot on the list of high-school rodeo stars but had also made her travel to Denver, where she eventually experienced the most fateful day of her life.
Snyder had also got a job on the 'Denver Stock Show.'
The Accident & Recovery
On January 10, 2010, Snyder left Utah at 4:30 a.m. for her first day of work at the 'National Western Stock Show' in Denver, Colorado. She stopped at a gas station stop in Rawlins, Wyoming, but did not fasten her seat belt after resuming the drive.
She must have traveled around 10 miles from the gas station, when she looked down for a moment just to check her map while passing through Sinclair, Wyoming. While doing so, she had shifted into the other lane and was heading toward a metal beam. While trying to get back in her lane, she overcorrected, which caused her vehicle to slide off the road.
She was thrown out from the truck while it rolled seven times. She was then slammed into a fence post, which severely injured her T-12 vertebra and broke her back.
Continue Reading Below
Snyder was immediately taken to 'Rawlins Hospital' and then life-flighted to Casper, Wyoming, for further surgery.
After 5 hours of emergency surgery, doctors said that the chances of her walking again were slim to none, with a greater probability of the latter. Snyder was paralyzed from the waist down and was bound to a wheelchair.
Nevertheless, her determination, combined with physical therapy sessions, made her condition a little better. After a year and a half, she not only resumed riding but also began participating in rodeo events.
Snyder was soon back on her horse, Power, but with a seatbelt and three other straps attached to her saddle.
Post-Recovery Life & Career
Snyder left 'Snow College,' a public community college in Ephraim, Utah, and went to 'Utah State University,' where she was the 'National Intercollegiate Rodeo Association' team captain and one of the top five riders in her region.
In 2014, she was granted the Shane Drury "Nothin' But Try" scholarship. She also bagged the third position in the 'Intermountain Pro Rodeo Association Barrel Racing Average,' won the ‘National Intercollegiate Rodeo Association’s (NIRA’s) 'Horse of the Year’ from the Rocky Mountain Region, and ended at the ninth position in the Rocky Mountain Region.
In the 2015 fan exemption for the rodeo, Snyder was voted to participate in the event ‘American Rodeo by RFD-TV,’ held at the 'AT&T Stadium' in Arlington, Texas. With that, she became the first paralyzed athlete to compete in the world's richest one-day rodeo.
She (along with Power) were just 0.6 seconds slower than the winning time but still received a standing ovation for her dedication and passion. She was, however, glad to have competed with her idols, Lisa Lockhart, Charmayne James, and Fallon Taylor.
In May that year, she graduated with a bachelor's degree in agriculture education.
In 2016, she became one of the top five riders for the 'Rocky Mountain Pro Rodeo Association' and also got her 'Women's Professional Rodeo Association' card. She is now eligible to compete in the 'RAM Wilderness Circuit.'
In 2018, Snyder completed her master’s degree in school counseling from the 'Utah State University.'
To propagate positivity and inspire people through her journey, Snyder decided to reach out to more people through social media. She began featuring on a weekly video segment series named 'Wheelchair Wednesday,' which showed her performing everyday tasks on camera to instil confidence in people with similar conditions.
She now also films herself doing tasks such as filling up trucks and climbing horses. She has now become a popular motivational speaker on social media.
In 2017, she wrote an illustrated children's book titled 'Walk Ride Rodeo,' in which she chronicled her journey of overcoming the adversities that had come her way.
In 2018, 'Netflix' approached Snyder to make the movie 'Walk. Ride. Rodeo,' based on her life story. The film premiered on March 8, 2019. She was the stunt double for actor Spencer Locke, appearing in the scenes on the horse after the accident. Her younger sister, Autumn, performed the pre-crash stunts.
Snyder now competes with her “Quarter Horse,” Legacy (registered name: French Open). Legacy was the first horse that she had trained as a barrel racing partner after the accident. She considers the horse her legs and affectionately calls him "Legs."
Trivia
Snyder enjoys making stove-top s'mores.
You May Like

See the events in life of Amberley Snyder in Chronological Order