(American Actress Best Known for Her Comedy Series: ‘All That’ and ‘The Amanda Show’)

Amanda Laura Bynes is a popular American actress. Starting out as a child artist, she is best known for her long-time association with ‘Nickelodeon.’ She was born and brought up in California and her parents supported her aspirations to become an actress. She was sent to many Hollywood-based comedy classes. Subsequently, she was spotted by ‘Nickelodeon’ and was offered a sketch comedy show of her own ‘The Amanda Show,’ for which she won many ‘Nickelodeon Awards.’ She soon stepped into Hollywood and appeared in movies like ‘Big Fat Liar,’ ‘What a Girl Wants,’ ‘Hairspray,’ etc. Her popularity increased when she appeared in series like ‘What I Like About You.’ In 2010, Bynes declared on Twitter that she has retired from acting as it does not interest her anymore. However, later in the same year, she said she has “unretired” and went on to appear in a cameo role in the movie ‘Easy A.’ Since 2012, Bynes has been on the wrong side of the law, often exhibiting erratic and questionable behavior in public. She was then diagnosed with possible schizophrenia and is taken under extended involuntary psychiatric hold by the law. Since 2010, she has been on an indefinite hiatus.

Sofia Daccarett...
3rd April In History
DID WE MISS SOMEONE?
CLICK HERE AND TELL US
WE'LL MAKE SURE
THEY'RE HERE A.S.A.P
Quick Facts

Amanda Bynes was born on 3 April 1986, in Thousand Oaks, California, USA, to Lynn and Rick Bynes. Her father is a dentist and her mother works as a dental assistant. Her family follows both Catholic and Jewish beliefs, but she was given full freedom to follow the faith of her choice.

When Bynes was seven years old, she started taking comedy classes for kids at the ‘Comedy Store’ in Hollywood, and after that she attended the ‘Laugh Factory,’ another comedy class. While she was taking the class, she started getting offers to act professionally. 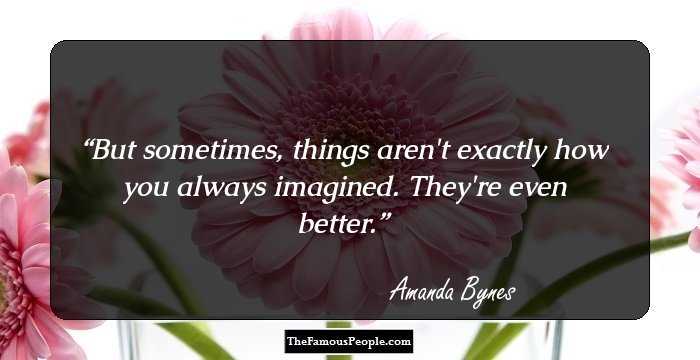 At the age of seven, Bynes landed her first acting stint for ‘Nestlé’s’ candy commercial titled ‘Buncha Crunch’ candies. After that she was noticed by the producers who hired her to act in stage productions of ‘Annie,’ ‘The Secret Garden,’ etc.

Around that time, she also became a regular cast member of Nickelodeon’s shows like ‘Figure It Out’ and ‘All That.’ Her popularity increased after appearing in ‘All That,’ and she was eventually offered a sketch comedy show of her own titled ‘The Amanda Show.’

Throughout 1999, she became very famous by appearing in ‘The Amanda Show’ in which she developed unforgettable characters like ‘Judge Trudy,’ ‘Penelope Taynt,’ etc. The show earned her ‘Nickelodeon Kids’ Choice Awards’ for three years under the ‘Favorite TV Actress’ category.

In 2002, she stepped into the world of feature films with ‘Big Fat Liar,’ starring alongside Paul Giamatti and Sandra Oh. She also starred in the WB series ‘What I Like About You.’

In 2003, Bynes appeared in ‘What a Girl Wants,’ starring alongside Hollywood stars like Colin Firth, Oliver James, and Kelly Preston. She also voiced ‘Nellie’ in the movie ‘Charlotte’s Web 2: Wilbur’s Great Adventure’ and appeared on the cover of ‘Vanity Fair.’

In 2005, Bynes appeared in a romantic comedy film titled ‘Love Wrecked.’ The movie received negative reviews. Though it was supposed to be distributed by the ‘Weinstein Company,’ it was sold to ‘ABC Family Channel’ and aired on TV.

In 2006, she appeared in the movie ‘She’s the Man,’ a comedy film loosely based on William Shakespeare’s ‘Twelfth Night.’ She starred opposite Channing Tatum in the movie, which became a worldwide commercial hit.

In 2007, Bynes appeared in the remake of the musical ‘Hairspray.’ She played the role of a dorky teenager and starred alongside Hollywood actors like Queen Latifah, John Travolta, Zac Efron, Michelle Pfeiffer, etc. The film was a huge commercial hit.

In the same year, she appeared in a comedy film titled ‘Sydney White,’ which is also known as ‘Sydney White and the Seven Dorks.’ It was based on the 19th-century German fairy tale ‘Snow White.’ The movie received mixed reviews.

Around the same time, she launched her own clothing line called ‘Dear’ and signed a five-year deal with ‘Steve & Barry’s.’ Within a year, ‘Steve & Barry’s’ filed for Chapter 11 bankruptcy and Bynes’ fashion line was cut short.

In 2008, Bynes appeared in a ‘Lifetime Television’ movie called ‘Living Proof.’ The movie was based on the life of Dr. Dennis Slamon. Bynes played the role of a student assistant to Harry Connick, Jr.’s character.

In 2010, she appeared in the movie ‘Easy A’ with Emma Stone. She had signed a two-picture deal with ‘Screen Gems’ and ‘Easy A’ was part of it. She was supposed to act in ‘Hairspray 2’ in the same year, but it got canceled.

In 2010, Bynes declared on Twitter that she is done with acting and that she is retiring. She wrote, “Acting isn’t as much fun.” After a few weeks, she tweeted again and said, “I’ve unretired.” 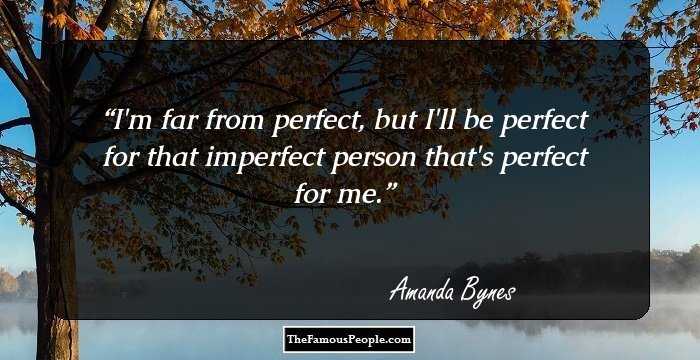 Bynes has won seven ‘Nickelodeon Kids’ Choice Awards’ over the course of her acting career. The awards were won for television shows like ‘All That’ and ‘The Amanda Show’ and for the movies ‘Big Fat Liar’ and ‘What a Girl Wants.’

After breaking up with her ‘The Amanda Show’ co-star Taran Killam, Bynes started dating her ‘What I like About You’ co-star Nick Zano in 2003. She told ‘CosmoGirl!’ that she was in love with Zano.

In 2008, it was reported that Bynes was seen getting cozy with Doug Reinhardt. They were spotted kissing each other at one of L.A. Lakers’ games. However, the relationship did not last long as they broke up by the end of the year.

In 2012, she collided with a police car and was arrested for driving under the influence, but her father claimed that she did not have any alcohol that night. Three months later, she was once again arrested for hit and run.

In 2013, Bynes’ pictures on Twitter revealed dramatic changes in her appearance. In the pictures, she was seen with long and curly hair extensions, heavy makeup, and cheek piercings. A few months later, she was seen with a shaved head.

The same year, she was booked on charges of possessing marijuana in her house. She was also charged for tampering with evidence as she threw a bong from her Manhattan high-rise apartment when police came to question her.

She was found near a small fire which was started on the driveway of a Thousand Oaks, California home. She was taken under involuntary psychiatric hold for 72 hours and it was reported that she has behavioral issues.

Bynes accused her father of emotional and sexual abuse, which she later withdrew. She then announced that she has been diagnosed with bipolar disorder. Her mother currently holds her conservatorship.

She enrolled at ‘Fashion Institute of Design & Merchandising’ in Irvine in December 2013 and graduated in 2019. 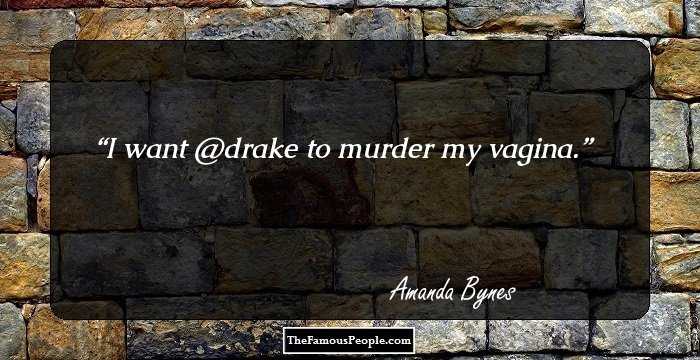 Bynes started a verbal fight on Twitter with singer Rihanna by calling her “ugly.”

It is said that her wild behavior was caused by schizophrenia and bipolar disorder.

She tweeted about singer Drake and wrote that she wants him to ‘murder her vagina.’ In another tweet, she called him “ugly” and then apologized and called him “gorgeous.” Drake responded to her tweets by calling it “weird and disturbing.”

She was considered to play the part of ‘Jess’ in ‘New Girl,’ but the role went to Zooey Deschanel.

She is estranged from her sister Jillian Bynes because of her bizarre lifestyle.

See the events in life of Amanda Bynes in Chronological Order