Altovise Davis was an American dancer and actress, best recognized as the third wife of the legendary American showman Sammy Davis Jr. She performed as a chorus-line dancer in many musical shows on Broadway and in London. During the course of her career, the diva featured in guest roles on many popular television series, including ‘CHiPs’ and ‘Charlie's Angels’. She also portrayed minor roles in different films like ‘Can't Stop the Music’, ‘Boardwalk’, ‘Kingdom of the Spiders’ and ‘Welcome to Arrow Beach’. Altovise met Sammy while she was performing in a Broadway show, and they hit it off right away. Eventually, Altovise became the lead singer-dancer of a nightclub show created by Sammy. They had a thriving married life of over two decades before Sammy succumbed to throat cancer. Together, they adopted a son named Manny. Altovise got embroiled in tax problems after Sammy’s death. Although she settled it in 1997, her name still featured in the list of top 250 delinquent taxpayers of California Franchise Tax Board in 2008. In the following year, she succumbed to complications from a stroke.
Continue Reading Below 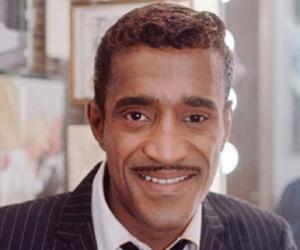 American Celebrities
North Carolina Actresses
Virgo Actresses
American Actresses
Women Film & Theater Personalities
Childhood & Early Life
Altovise Davis was born as Altovise Joanne Gore on August 30, 1943, in Charlotte, North Carolina, US. She was the only child of Altovise and John Gore.
Her parents relocated to Brooklyn, New York when Altovise was quite young. She attended the ‘High School of Performing Arts’ in New York City for four years. After graduating from there in 1961, she forayed into showbiz as a Broadway dancer.
Continue Reading Below
You May Like

The Best Black Actresses Of All Time
Career
During the 1960s, Altovise Davis performed as a chorus-line dancer in several musical shows, staged in London and on Broadway in New York. She was a life member of ‘The Actors Studio’.
Altovise reportedly met the American actor and Vaudeville Sammy Davis Jr. in the mid-1960s. At that time, she was performing in the chorus line of the Broadway musical ‘High Spirits’, while Sammy was playing the leading role in another Broadway musical called ‘Golden Boy’.
They began a relationship in 1968 after Altovise began playing a part in the London production of ‘Golden Boy’, while Sammy reprised his role.
Eventually, Sammy came up with a nightclub act, in which Altovise worked as the lead singer-dancer. She was also the lead dancer during Sammy’s American and European tours.
Altovise featured in guest roles on several popular television shows during the 1970s and the 1980s. These included the American crime drama television series ‘Charlie's Angels’ and ‘CHiPs’, which aired on ABC and NBC, respectively.
She played many small roles in movies of different genre, including the 1974 American horror film ‘Welcome to Arrow Beach’, the 1976 drama ‘Pipe Dreams’, the 1977 American science fiction-horror film ‘Kingdom of the Spiders’, the 1979 American drama ‘Boardwalk’ and the 1980 American musical comedy ‘Can't Stop the Music’.
She and Sammy appeared as panellists on the American game show ‘Tattletales’. The two were also known to have performed for the Queen of England during her Washington visit. After their performance, they stayed at the White House for one night.
The musical ‘Mr. Bojangles: The Ultimate Entertainer’, a theatrical tribute to late Sammy, was co-produced by Altovise. It was premiered in 2004 on 75th anniversary of his career.
Family & Personal Life
Altovise Davis married Sammy on May 11, 1970, in a Philadelphia courthouse. Rev. Jesse Jackson officiated the wedding ceremony.
Following her marriage, Altovise became associated with various philanthropic organizations in Los Angeles. She also gave performances for several benefits, including for the non-profit group ‘SHARE Inc.’
She became the first individual to get the ‘NAACP’s Black Woman of Achievement Award’ in 1984.
Sammy and Altovise were known to have spent a fulfilling life together, both personally and professionally. In 1989, they adopted a son called Manny. On May 16, 1990, just five days after the couple’s 20th marriage anniversary, Sammy succumbed to throat cancer. He left the bulk of his estate for Altovise.
Following Sammy’s death, Altovise got entangled in tax problems. She settled the tax liability in 1997. But in 2008, the California Franchise Tax Board included her name in its list of top 250 delinquent taxpayers, revealing that the personal income tax amount of $2,708,901.75 was due against her.
In 2008, Altovise accused two of her ex-business partners of resorting to trickery and making her sign away the rights of her estate. She sued them in the federal court, and the suit was still pending at the time of her death.
Throughout her life, Altovise struggled with alcoholism. She mentioned her struggle with addiction in Essence magazine in 2004, revealing that at one point, she relocated to Pennsylvania and underwent an alcohol treatment program.
On March 14, 2009, 65 years old Altovise succumbed to complications from a stroke in Los Angeles, California, US. Her remains were interred at the ‘Forest Lawn Memorial Park’ in Glendale, California, besides those of Sammy.
A sketch called ‘Ghost II: Sammy's Visit’ featured on the third season of the American comedy series ‘In Living Color’. The characters of Sammy and Altovise were portrayed by Tommy Davidson and Kim Wayans, respectively, on the show.
You May Like

See the events in life of Altovise Davis in Chronological Order