Alexis DeJoria is an American drag racer who drives funny cars in the events organised by the National Hot Rod Association (NHRA). She is the daughter of haircare and alcohol mogul John Paul DeJoria. An enterprising individual even in the early years of her youth, she began to work for her family company right out of college. For the next four years, she held jobs at every department imaginable, from public relation to research and development to art. But she always nurtured a deep passion for cars and that came to fruition in 2005 when she started competing in the Super Gas category for NHRA. She drove a rear engine Super Comp dragster after this, and then a Top Alcohol Funny Car (TAFC), before finally moving to a Funny Car in 2011. She is part of the legendary team Kalitta Motorsports, and her father’s tequila brand Patrón Spirits Company is her biggest sponsor. Driving a 10,000-horsepower Toyota Camry Funny Car, she has become one of the top ten drivers contending in the 24-race NHRA Mello Yello Drag Racing Series. 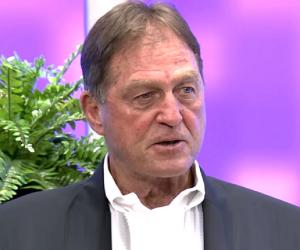 Jack Youngblood
DID WE MISS SOMEONE?
CLICK HERE AND TELL US
WE'LL MAKE SURE
THEY'RE HERE A.S.A.P
Quick Facts

The Best Black Actresses Of All Time
Career
Alexis DeJoria was 16 years old when a friend took her to the famous Pomona drag strip in California, thus introducing her to the wonderful and exhilarating world of competitive racing. It was love at first sight. She began taking lessons and prodigiously made her way through the NHRA’s non-professional sportsman classes.
She made her foray into the professional NHRA circuit in 2005, initially driving a Super Gas car, but later switching to a rear engine Super Comp dragster. She was an immediate success. Within eight months of her stepping foot on the racetrack for the first time, she had appeared in the final rounds of two competitions and was the winner in one, the Sportsman Nationals in Fontana, California.
Her success made her bold and ambitious, and her desire to race in faster and louder automobiles was ever-present. She transitioned to the Top Alcohol Funny Car (TAFC) category, and for the next two years, predominantly competed on the west coast, being a member of a two-car team.
In 2009, she initiated a major turning point in her career by setting up her own team, Stealth Motorsports. She was their co-owner, chief executive, and star racer for three years, advancing to the finals of four national events, winning a divisional event, and recording her first victory at the NHRA national event in the TAFC category. DeJoria is the second woman ever to earn the last accolade.
She spent a year in training before making the leap to the Funny Cars category at the 2011 Texas Fall Nationals. Leaving Stealth, she joined Kalitta Motorsports, a Michigan-based team run by iconic drag racer Connie “The Bounty Hunter” Kalitta.
She stunned the fans when she advanced to the final round of the NHRA Thunder Valley Nationals in Bristol, Tennessee in her 2012 rookie season as a funny car driver. She was also able to record her career best for time with a run of 4.032 seconds and speed of 319.07 mph at Reading.
In the following year, she registered four final round appearances. But it was in 2014 that she became the driver she was always meant to be. At Pomona, She created history becoming the first woman to document a sub-four second run, with a 3.997-second ET. She won her first race in funny category at the next race in Phoenix and followed it up with another win in Las Vegas in March. In May, she set a new track record at Atlanta Dragway, finishing the run with 4. 012 second ET while qualifying as the top contender.
She went on to create a new funny car track record at the Brainerd International Raceway with a 3.998-second run, breaking her own record of 4.010 seconds. In September came the biggest achievement of her career yet. She won “The Superbowl of Drag Racing”, the U.S. Nationals in Indianapolis. The 2014 season ended on a high note with another no. 1 qualifier and the inaugural appearance on the Countdown to the championship.
She reached the finals in the 2015 Nitro Funny Car in the Summernationals at Englishtown, New Jersey. In September, she entered for her second consecutive Countdown to the Championship playoff run. She ended the year ranked eighth after breaking her own ET and speed records several times.
The 2016 season was yet another successful year in her career. She became the first woman to participate in 100 Funny Cars events. Later in that year, she earned her fourth Funny Cars event victory and made it to the top ten three times in a row.
Major Accidents
She has been involved in two major accidents in her 12-year-long professional life. In 2009, she was racing alcohol funny cars at a drag racing event in Englishtown when her parachutes tore apart the rear end of the car, spraying oil all over her brakes. She hit the sand trap at 130 mph and went through two safety nets before stopping at the fourth row of sand-filled plastic barrels. Fortunately, she escaped the incident with little to no injuries.
She was not so lucky on July 31, 2016 at Sonoma. During a race against John Force, her Camry slammed hard against the left retaining wall. She was taken to the Queen of the Valley Medical Center in Napa where it was revealed that she had suffered a high-energy fracture of the left pelvis. However, she did not need surgery and was discharged on the same day.
Awards & Achievements
At present, Alexis DeJoria is the only drag racer to have wins in each the Super Comp, Top Alcohol Funny Car, and Funny Car classes.
Personal Life
Alexis DeJoria started dating television personality and motorcycle customizer Jesse James and became engaged in September 2012. They married about six months later on March 24, 2013, in a very extravagant and expensive ceremony. She has a daughter, Isabella (born 2003), from a previous relationship.
Trivia
In Wayne Holloway’s directorial venture ‘Snake and Mongoose’ (2013), she guest-starred as Paula.
Alexis and her mother Jamie Briggs are involved in Sallie Latimer’s fundraiser for repairing the Earles Court water tower.
You May Like

See the events in life of Alexis DeJoria in Chronological Order 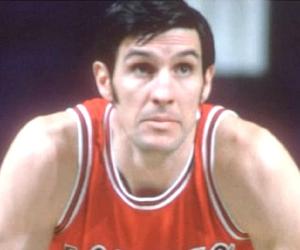