Alessio Scalzotto is a young Italian-born American actor who appeared in the Netflix original film ‘Rim of the World’. The teenage actor learned acting at local theatres during his childhood. Besides appearing in theatre shows, Scalzotto also showed great interest in music from a young age. He used to sing at every opportunity he got while juggling his studies and acting assignments. He has appeared in the film ‘Genius,’ which was his debut on the silver screen. With time, Scalzotto’s popularity is rising as a young and upcoming actor, which is evident from his growing fan following on various social media platforms. Dylan Sprouse
Actors #10664
Film & Theater Personalities #25148
Continue Reading Below
DID WE MISS SOMEONE?
CLICK HERE AND TELL US
WE'LL MAKE SURE
THEY'RE HERE A.S.A.P
Quick Facts 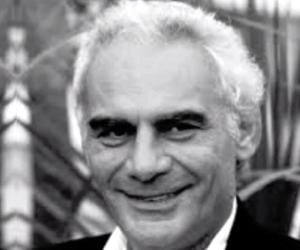 American People
Italian People
Italian Men
Libra Actors
Italian Actors
American Actors
Rise to Fame
Alessio Scalzotto showed keen interest in acting during his boyhood. His parents encouraged his enthusiasm towards acting and started sending him to local theatres. Guided by local directors and theatre personalities, Scalzotto learned the basics of acting. By the age of ten, he was appearing in local theatre shows around his neighborhood.
Juggling studies and acting made life hectic for the young talented star. However, he was very ambitious and soon started taking up singing assignments as well. Scalzotto used SoundCloud to share his audio clips. He uploaded a hip-hop track titled ‘Slim Jesus - Warning Shots’ in 2018. It has over 273 thousand streams.
Alessio Scalzotto received his first big break in 2018 when he was offered the role of the ‘Young Pablo Picasso’ in a television show. The show, ‘Genius,’ was based on the legendary artist’s life, and Antonio Banderas played the title character. The makers of the drama series wanted a fresh face to portray the younger self of Pablo Picasso for one episode. Alessio Scalzotto went through auditions and was selected for the role. He appeared on the episode ‘Picasso: Chapter One’ in 2018, which also featured Timothy Lyons, Alex Rich, and Antonio Banderas as the same character but in different ages.
In 2019, Scalzotto appeared in the Netflix original film ‘Rim of the World’, directed by McG. Scalzotto was cast alongside Jack Gore, Miya Cech, and Benjamin Flores Jr. as one of the four main characters. The film is based on a story of four kids who try to fight an alien invasion while on a summer camp. The script was written by Zack Stentz. It was director McG’s only film in 2019. The film was made on a budget of $19 million and received poor ratings from the critics. However, the four main actors of the film were credited for their performance. Scalzotto portrayed the character of ‘Gabriel’, the daring and mysterious guy of the group who has a bit of a history with the law enforcement.
Alessio Scalzotto was offered a role in the comedy-fantasy film ‘A Babysitter's Guide to Monster Hunting’. The film is being directed by Rachel Talalay and features Tom Felton, Indya Moore, and Tamsen McDonough in important roles. It is currently being shot at different locations.
You May Like

Child And Teen Actors
Italian Film & Theater Personalities
American Film & Theater Personalities
Libra Men
Continue Reading Below
Family & Personal Life
Alessio Scalzotto was born on October 23, 2002, in Italy, to Tonia and Giancarlo Scalzotto. When he was very young, his parents moved to the United States. He grew up with his younger sister, Mia, and currently lives in Los Angeles, California.