Aidan Gallagher is an American actor who has shown his acting skills in various TV shows and movies. He became one of the most popular child actors in the country when he portrayed ‘Nicky Harper’ in the ‘Nickelodeon’ series ‘Nicky, Ricky, Dicky & Dawn.’ He was just nine years old when he started his acting career, and played his first TV role in ‘Modern Family,’ an Emmy-winning TV series. His parents have been very supportive and have helped him pursue his acting career. Experts believe that his work serves as a testimony to his acting prowess, and that he could be a very successful actor in future. Apart from being a successful actor, he is also popular on various social media platforms, and posts pictures regularly on Instagram to stay in touch with his admirers. He started his YouTube Channel ‘AidanRGallagher’ on June 3, 2006, which has amassed millions of views. Jahi Di'Allo Wi...
DID WE MISS SOMEONE?
CLICK HERE AND TELL US
WE'LL MAKE SURE
THEY'RE HERE A.S.A.P
Quick Facts

American People
American Men
California Actors
Virgo Actors
American Actors
Career
Aidan Gallagher became popular with his role as ‘Alec’ in the TV series ‘Modern Family’ in 2013. He also appeared in the film ‘Jacked Up’ in 2013, where he played the role of ‘Evan.’ He then portrayed the lead character ‘Nicky Harper’ in the TV series ‘Nicky, Ricky, Dicky & Dawn’ in 2014. The series’ first season, which consisted of 20 episodes, was followed by 25-episode second season, 24-episode third season, and a 14-episode fourth season. The series follows the adventures of the Harper quadruplets, played by Aidan, Casey Simpson, Mace Coronel, and Lizzy Greene. Though the quadruplets don’t have much in common, they know that they can do anything when they get together. Michael Feldman had developed the comedy along with Matt Fleckenstein.
In 2014, Aidan appeared in a short music video titled ‘We Make That Lemonade’ alongside other characters from ‘Nicky, Ricky, Dicky & Dawn.’ In 2015, he landed a role in Nickelodeon's ‘Ho Ho Holiday Special.’ He also portrayed ‘Young David’ in a short film titled ‘You & Me.’ In 2016, he hosted ‘Nickelodeon Kids’ Choice Sports Awards.’ In 2017, he was nominated for the ‘Kids’ Choice Award’ for ‘Favorite Male TV Star.’
He was cast to play the role of ‘Number Five’ in ‘The Umbrella Academy’ in 2017. The series was released on ‘Netflix’ on February 2019.
Recommended Lists:

Aidan Gallagher was born on September 18, 2003, in Los Angeles, California, USA. He is a fitness freak and relishes a healthy diet with lots of vegetables and fruits. In fact, he is an ambassador for veganism. He also serves as an ambassador for many environmental groups like ‘Oceanic Preservation Society’ (a Colorado-based NGO that promotes marine conservation), ‘Waterkeeper Alliance’ (it fights for every community's right to drinkable, fishable, swimmable water), ‘WildAid’ (its mission is to end the illegal wildlife trade), and ‘United Nations EP Advoc.’ 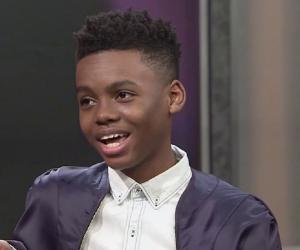 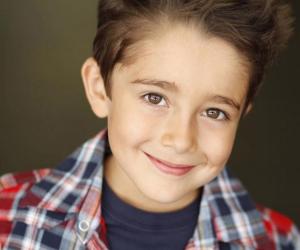