Wild Bill Hickok was an American frontiersman who helped bring order to the frontier West. Hickok was one of the early “Heroes of the West” known for his skills as a gunfighter, scout, and professional gambler. Born and raised on a farm in rural Illinois, he grew up to be a tough teenager who often picked up fights with other boys. Following a violent fight with a boy named Charles Hudson, Hickok thought that he had killed his opponent and thus fled from Illinois to evade arrest. He moved west and joined General James Lane's ‘Free State’ (antislavery) forces in Kansas. During this time, he also worked as a stagecoach driver. When the ‘American Civil War’ broke out, he joined the ‘Union Army’ and worked as a spy. By this time, he had become a remarkable marksman and a skilled professional gambler. His exploits during the war greatly added to his reputation and he was catapulted to the status of a legendary hero of the West. After the war, he was appointed sheriff in Hays City. He was then made marshal of Abilene, Kansas. Hickok helped establish law and order in these cities which further strengthened his reputation as a folk hero. 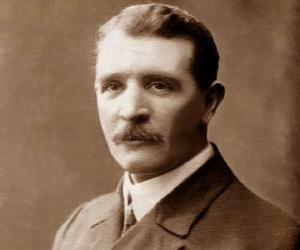 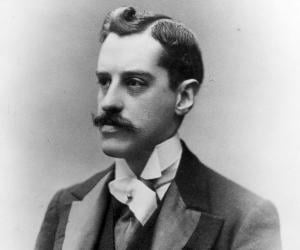 Robert Owen
Continue Reading Below
DID WE MISS SOMEONE?
CLICK HERE AND TELL US
WE'LL MAKE SURE
THEY'RE HERE A.S.A.P
Quick Facts

Wild Bill Hickok was born James Butler Hickok on May 27, 1837, in Homer, LaSalle County, Illinois, USA, to William and Polly (Butler) Hickok. He was raised in a rural farm. He grew up to be a brave and tough boy.

He proved to be a good shot from a young age and was soon recognized locally as a skilled marksman. At the age of 18, he picked up a fight with a boy named Charles Hudson, during which both fell into a canal. Hickok thought that he had killed Charles and fled from home to evade a possible arrest. 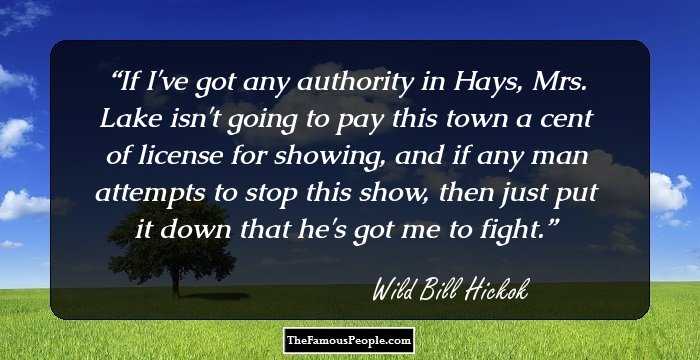 He moved to Leavenworth in Kansas Territory in 1855. At that time, a violent conflict over the legitimacy of slavery was going on in the region. Hickok joined the antislavery ‘Free State Army of Jayhawkers,’ serving under General James Lane.

It did not take long for the brave and sturdy Hickok to gain reputation as a campaigner for equality. In 1858, he earned a position as a constable in Monticello, Kansas.

Around this time, he was injured in a bear attack which left him bedridden for six months. He moved to southern Nebraska in the summer of 1861 to work at the ‘Pony Express’ station in Rock Creek.

‘The American Civil War’ broke out in April 1861 and he signed up as a teamster (an outfitter or packer) for the ‘Union Army’ in Sedalia, Missouri. He served as a wagon-master for some time. It was also reported that he operated as a Union spy in the Confederate territory.

Hickok, along with Horace Wellman and J. W. Brink, was involved in a deadly shootout against David McCanles which resulted in McCanles’ death. Hickok and two other men were tried for murder but judged to have acted in self-defense. This 1861 incident added greatly to the reputation of this extraordinary marksman.

He was hired by the provost marshal of south-west Missouri as a member of the Springfield detective police in late 1863. He was assigned routine duties as a police detective. It is believed that he resigned in 1864 after not having been paid for some months.

Over the ensuing years, he became involved in many other fabled shootouts, including the famous Wild Bill Hickok-Davis Tutt shootout in 1865. It was a gunfight between the two men—a one-on-one pistol quick-draw duel in a public place—that resulted in the death of Tutt at the hands of Hickok. Hickok was arrested for murder, tried, and acquitted.

He became even more famous after the Tutt incident and it was reported in the ‘New York Herald’ in 1867 that Hickok had killed 100 men, which was obviously an exaggeration.

In 1867–68, he scouted for General Winfield Scott Hancock and Lieutenant Colonel George Armstrong Custer. He became sheriff of Hays City, Kansas, in 1869 and killed several men in shootouts. He helped bring law and order in Hays City, which was notorious for being a hideout for many criminals.

He was appointed marshal of Abilene, Texas, in 1871. Once again, he proved his mettle and helped bring order in the region, which was notorious for sheltering several criminals and outlaws. However, he accidently killed his own deputy marshal which led to his dismissal.

Tall, well-built, and good-looking, Hickok tried his hand at acting in the Wild West shows, which were growing in popularity. His acting skills were poor, so much so that even his stunning looks and immense popularity could not save his acting career. He returned to the West in 1874. 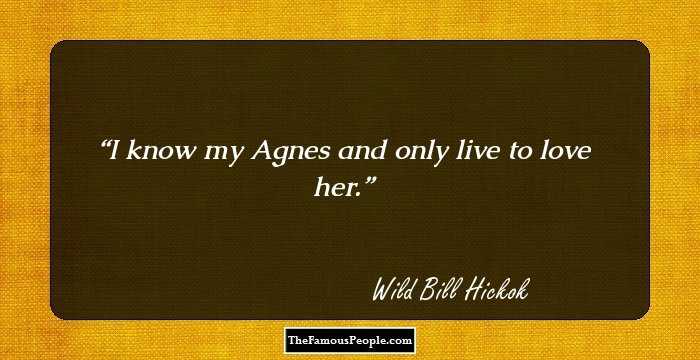 Wild Bill Hickok was one of the early “Heroes of the West.” He had built a reputation as an extraordinary gunfighter with a sense of fairness and justice. He was very famous as a lawman as he established law and order in some of the most notorious towns on the frontier. He is best remembered for his services as the sheriff of Hays City and marshal of Abilene. 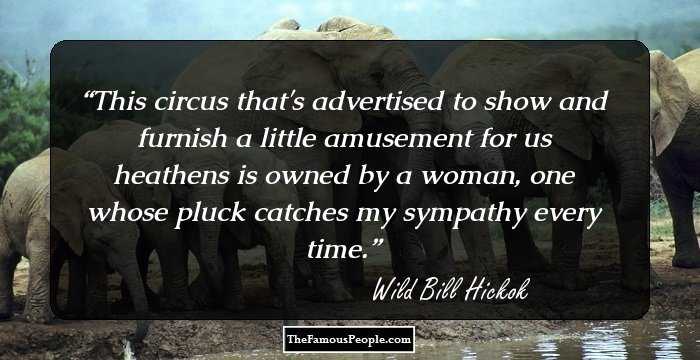 Wild Bill Hickok married Agnes Thatcher Lake, a 50-year-old circus proprietor, in Cheyenne on March 5, 1876, at the age of 38.

Martha Jane Cannary, also known as Calamity Jane, claimed in her autobiography that she was married to Hickok. She also claimed that she divorced him so that he could marry Agnes Lake, but no records have been found to support her claims.

Hickok was playing poker at ‘Nuttal & Mann's Saloon’ in Deadwood, Dakota Territory, on August 2, 1876. A former buffalo hunter named Jack McCall entered the saloon and shot Hickok point-blank in the back of his head, killing him instantly. Almost everyone in the town attended the funeral, and his mortal remains were buried in ‘Ingelside Cemetery.’

Hickok's birthplace was turned into a memorial site named ‘Wild Bill Hickok Memorial.’ The historic site is currently under the supervision of the ‘Illinois Historic Preservation Agency.’

Hickok has remained a popular figure of the American Old West. He is often depicted in popular culture, including television, film, and literature. Several films and TV series have been based on Hickok's life. He has been portrayed by actors like Gary Cooper, Guy Madison, Jeff Corey, Charles Bronson, Jeff Bridges, Josh Brolin, and Luke Hemsworth. 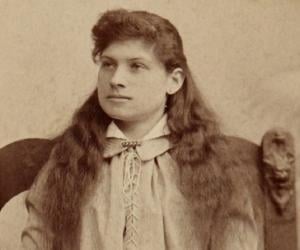