Talia Shire, born as Talia Rose Coppola, is an eminent actress from America. She is best known for portraying the role of Adrian Balboa in the ‘Rocky’ films and of Connie Corleone in ‘The Godfather’ movies. Besides these, she has appeared in tons of other movies, such as ‘The Dunwich Horror’, ‘Old Boyfriends’, ‘Prophecy’, ‘Rad’, ‘New York Stories’, ‘Bed & Breakfast’, ‘A River Made to Drown In’, ‘Divorce: A Contemporary Western’, ‘The Visit’, ‘Kiss the Bride’, ‘I Heart Huckabees’, ‘The Deported’, ‘Palo Alto’ and ‘Dreamland’, to name a few. Apart from the big screen, Shire has worked on television as well. Her TV works includes appearances in the series ‘Doctors' Hospital’, ‘CBS Schoolbreak Special’, ‘Faerie Tale Theatre’ and ‘Blossom’. The actress has also done several television movies in her career. Some of her TV movies projects are ‘Foster and Laurie’, ‘Kill Me If You Can’, ‘The Godfather Saga’, ‘Blood Vows: The Story of a Mafia Wife’, ‘Mark Twain and Me’, ‘Chantilly Lace’, ‘Born Into Exile’, ‘Blue Smoke’ and ‘Christmas at Cadillac Jack's’. 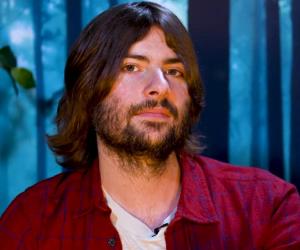 Winona Ryder
Actresses #653
Film & Theater Personalities #1468
Continue Reading Below
DID WE MISS SOMEONE?
CLICK HERE AND TELL US
WE'LL MAKE SURE
THEY'RE HERE A.S.A.P
Quick Facts

American People
New Yorkers Actresses
Taurus Actresses
American Actresses
Actresses Who Are In Their 70s
Career
Talia Shire made her debut on the big screen in 1968 in the film ‘The Wild Racers’. After this, she appeared in the movies ‘The Dunwich Horror’, ‘Gas-s-s-s’ and ‘The Christian Licorice Store’. In 1972, she portrayed the character of Connie Corleone in the flick ‘The Godfather’. Four years later, Shire was cast as Adrian Pennino in the movie ‘Rocky’. After this, she appeared in a number of sequels of the film. In 1976, she appeared on television in ‘Doctors' Hospital’ and ‘Rich Man, Poor Man’. Then she did the NBC TV-Movies titled ‘Kill Me If You Can’ and ‘The Godfather Saga’.
In 1979, the actress did the movies ‘Old Boyfriends’ and ‘Prophecy’. Between 1980 and 1986, Shire did a number of films including ‘Windows’, ‘Rocky III’, ‘Rocky IV’, ‘Rad’ and ‘Hyper Sapien: People from Another Star’. After this, she was cast in the TV movie ‘Blood Vows: The Story of a Mafia Wife’ as well as in an episode of the series ‘Faerie Tale Theatre’. Then in 1991, the actress was offered the film ‘Cold Heaven’ and the TV film ‘Mark Twain and Me’. A year later, she did the flick ‘Bed & Breakfast’ and the HBO TV-Movie ‘For Richer, for Poorer’’.
Shire then was cast in the TV movie ‘Chantilly Lace’ and the film ‘Deadfall’ in 1993. Two years later, she made a guest appearance in the series ‘Blossom’. After this, she did the TV film ‘Born Into Exile’ and movies ‘A River Made to Drown In’ and ‘She's So Lovely’. In 1998, the American actress did ‘Divorce: A Contemporary Western’, ‘Can I Play?’ and ‘The Landlady’. The following year, she was cast in the movies ‘Lured Innocence’, ‘Palmer's Pick Up’ and ‘The Black and the White’.
From 2000 to 2006, Talia Shire did several big screen projects, such as ‘The Visit’, ‘The Whole Shebang’, ‘Kiss the Bride’, ‘Family Tree’, ‘Dunsmore’, ‘I Heart Huckabees’, ‘Pomegranate’ and ‘Rocky Balboa’. In 2007, she did the Lifetime TV-Movie titled ‘Blue Smoke’ and the TV-Movie titled ‘Christmas at Cadillac Jack's’. A year later, she made appearances in the films ‘Looking for Palladin’, ‘Dim Sum Funeral’ and ‘My Father's Will’. Then Shire worked in the films ‘Minkow’, ‘Scratching the Surface’, ‘The Return of Joe Rich’, ‘Palo Alto’ and ‘Dreamland’.
You May Like