Elijah P. Best, popularly known as Sketch on YouTube, is an American YouTube star who posts gaming videos. His channel on YouTube is called Sketch. It was originally called Sketch—Roblox and More! but later when his channel was verified, it was shortened to just Sketch. He has a virtual dinosaur/dragon—called Frank Sinatra—as the mascot of his channel. The channel contains Roblox roleplays, minigames, Tycoons, and Obbys. In addition, he also uploads videos on dares, Q&As, Minecraft, no-clip, and on other subjects. Besides running his own very popular channel, Elijah is also a part of the collaborative channel, The Pals, along with four other gamers, SubZeroExtabyte, DenisDailyYT, CraftedRL, and Corl. 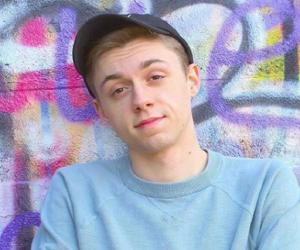 Evan
Gamers #138
Instagram Stars #403
DID WE MISS SOMEONE?
CLICK HERE AND TELL US
WE'LL MAKE SURE
THEY'RE HERE A.S.A.P
Quick Facts

Elijah created his YouTube channel ‘Sketch’ on September 4, 2016. It has over 4.1 million subscribers. He began creating Roblox content for his channel in mid-2016. Roblox is a multiplayer online game constructed of lego-like virtual blocks. His video ‘Ben 10 in Real Life!’ is one of the most popular videos on the channel. It was published on September 29, 2017. He had created this video with his brother Ethan, and it is a face-off game—Diamond Head Vs Heat Blast.

Another one of his popular videos is ‘Evil Ben 10 (Albedo) in Real Life’, posted on October 8, 2017. It has received millions of views so far. This video was also developed with his brother. The video shows Sketch and his brother get in a fight over the Ben 10 watches. Then they realize that something strange is happening as the watches come alive and start provoking them against each other. The video captures how the brothers destroy the watches after a lot of challenges.

Sketch is also a part of a collaborative YouTube channel called ‘The Pals.’ He was the fifth Roblox gamer to join this gaming channel. The other YouTube stars who are a part of the channel are SubZeroExtabyte, CraftedRL, DenisDailyYT, and Corl. These five are best friends who play fun games together and entertain their viewers. On this channel, they play a lot of Roblox games like Obby, Tycoon, Ink Machine, Pokemon, Hello Neighbor, FNAF, Bendy and Roblox Adventures, which are in full animation. The channel promises to be truly family and kid friendly.

The Hottest Male Celebrities With The Best Abs
Continue Reading Below
Personal Life
Elijah P. Best was born on April 29, 1998, in Massachusetts, United States. He has a twin brother, Ethan Best, who once used to develop videos with Elijah and also edited them. Later, he parted ways with his brother and started making his own videos. Ethan created a separate YouTube channel called BandiRue, which gained widespread popularity for its Roblox montages and playthroughs.