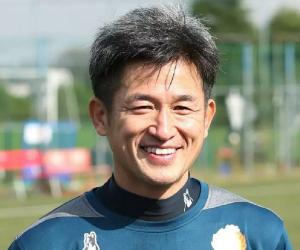 Japanese People
Male Sportspersons
Pisces Football Players
Japanese Sportspersons
Japanese Football Players
Childhood & Early Life
Shinji Kagawa was born on March 17, 1989, in Kobe, Hyōgo, Japan. He had always aspired to be a professional footballer. In 1994, he started playing for ‘Marino FC,’ at the tender age of 5.
He continued with ‘Marino FC’ for 5 years, from 1994 to 1999. Such was his passion for the game that it is said that Kagawa carried a football with him all day and even insisted on carrying it to school.
Between the years 1999 and 2001, he played for ‘Kobe NK FC.’ From 2001, he proceeded to play for ‘FC Miyagi Barcelona’ and continued with them until 2005. He dreamt of playing for the Spanish football giant, ‘FC Barcelona.’ It was his obsession with the game that kept him going through the rigorous training sessions.
Continue Reading Below
You May Like

The Most Popular US Veterans
Career
In 2006, Japanese football team ‘Cerezo Osaka,’ which was keeping an eye out for fresh talent, happened to spot Kagawa. Impressed by his skills, they inducted him into their club. At the age of 17, Kagawa became the first Japanese player, barring players who were promoted from the youth teams of the ‘J. League,’ to sign a professional contract before finishing high school.
In 2007, Shinji Kagawa was selected to play for the Japanese national ‘Under-20’ football team. A year later, he played for the Japanese team in the 2008 ‘Summer Olympics.’
After making his senior international debut in a ‘Kirin Cup’ friendly match on May 24, 2008, he made people sit up and notice him by being the top goal-scorer of the ‘J. League Division 2,’ in 2009.
In early 2010, Kagawa was transferred from ‘Cerezo Osaka’ to ‘Borussia Dortmund’ at a relatively moderate cost, owing to a release clause in his contract with ‘Cerezo Osaka’ that allowed him to leave the club cheaply, if he had an opportunity to play in Europe. In August, he made his debut appearance in the German ‘Bundesliga’ as part of ‘Borussia Dortmund.’ He scored the first two goals for ‘Borussia Dortmund’ in the ‘UEFA Europa League’ against ‘Qarabağ FK.’ He scored the only goal of the game in Japan’s win over Paraguay in September, 2010.
Before a match against arch-nemesis ‘Schalke 04,’ Kagawa had declared that he would score two goals, which he actually managed to accomplish, stealing a 3–1 victory for his team, ‘Borussia Dortmund.’ This made him an instant hit with football fanatics.
He managed to score eight goals in 18 appearances in his first ‘Bundesliga’ season when tragedy struck in the form of an injury. Unfortunately for him, he had to give the first half of his ‘Bundesliga’ season a miss, because of the injury. Despite this, he was named in the ‘Bundesliga Best XI,’ owing to his brilliant performance, which propelled his side to the top of ‘Bundesliga.’
He was included in the 2011 ‘Asian Football Confederation Asian Cup,’ better known as the ‘AFC Asian Cup,’ where he scored two goals and helped Japan win 3–2 against Qatar in the quarter-final match.
In January 2012, his solid efforts helped ‘Dortmund’ finish as the champions of ‘Bundesliga,’ and with 81 points, they set a ‘Bundesliga’ record of scoring the highest number of points in a season.
In June the same year, ‘Manchester United’ announced having signed a four-year contract with ‘Borussia Dortmund’ and Kagawa for his transfer, making him the first Japanese football player to join ‘Manchester United.’ When asked to comment on the transfer, an emotional Kagawa said in a press interview that he would carry his former club, their great fans, and the whole city in his heart forever.
Continue Reading Below
He made his first ‘Premier League’ debut on August 20, 2012, playing for ‘Manchester United,’ against ‘Everton.’ The match ended in a 1–0 defeat for ‘Manchester United.’
In September 2012, he got his first ‘Champions League’ start, for ‘Manchester United,’ against ‘Galatasaray.’ He provided an assist for Michael Carrick’s winning goal, driving his team to a 1–0 victory.
The ‘Asian Football Confederation’ (AFC) presented Kagawa with the title of the ‘International Player of The Year’ in November 2012.
In the first half of 2013, he scored his first hat-trick in ‘Manchester United’s 4–0 victory against ‘Norwich City,’ to become the first Asian player to score a hat-trick in the ‘Premier League.’ He was also the first Japanese player to win a ‘Premier League’ title, for playing a key role in ‘Manchester United’s 3–0 win against ‘Aston Villa.’
On May 12, he received his ‘Premier League’ medal and was voted as the ‘Man of the Match’ for his contribution to his club’s 2–1 victory against ‘Swansea City.’ He was further included in Japan’s 23-man squad for the 2013 ‘FIFA Confederations Cup.’
He officially returned to ‘Borussia Dortmund’ on August 31, 2014, and extended the contract to June 30, 2018. The contract was later extended until 2020.
He received the title of the ‘Man of the Match’ for creating magic on the field by scoring two goals in Japan’s 2–0 win over Jordan in the 2015 ‘AFC Asian Cup.’
He currently plays for ‘Borussia Dortmund.’
Personal Life
Shinji Kagawa is currently in a relationship with Margaret Natsuki. She is a Japanese–Canadian fashion model and former TV presenter. The couple met for the first time when Natsuki conducted an interview with him, when the footballer was still with ‘Dortmund.’
Kagawa was rumored to be romantically involved with Japanese adult entertainment star Ameri Ichinose in the past, but he neither confirmed nor denied the rumors. Ichinose has also worked under the aliases “Ayaka Misora” and “Erika Kurisu.”

See the events in life of Shinji Kagawa in Chronological Order 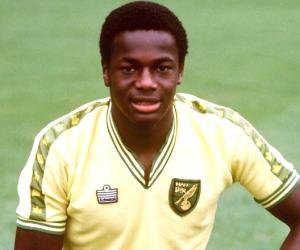