Advanced Search
Osama bin Laden was an international terrorist, religious extremist, and founder of the radical jihad organization Al Qaeda. A devout Sunni Muslim, as a student bin Laden was devoted to religious study, and after graduating used his wealth to fund religious resistance fighters in the Soviet War in Afghanistan. The organizations he founded helped to supply arms, resources and training to militant religious factions in Saudi territory. When the Saudi Arabian government sanctioned the deployment of U.S. troops on Saudi soil, bin Laden spoke out vocally against his own country and was eventually banished to Sudan where he continued to grow his resources and fund jihad. After his organization failed an assassination attempt and was exiled from Sudan, he returned to Afghanistan and declared war on the United States with a fatwa entitled the 'Declaration of War against the Americans Occupying the Land of the Two Holy Places.' He began a series of coordinated attacks on the U.S. embassies in East African cities and many other international sites until his war crimes culminated with the ‘World Trade Center’ attacks. In the United States bin Laden became public enemy number one, and was wanted internationally for his violent attacks on unarmed civilians Anders Behring ...
DID WE MISS SOMEONE?
CLICK HERE AND TELL US
WE'LL MAKE SURE
THEY'RE HERE A.S.A.P
Quick Facts

Saudi Arabian Celebrities
Male Criminals
Pisces Criminals
Pisces Men
Childhood & Early Life
Born, Osama bin Mohammed bin Awad bin Laden, in Riyahd, Saudi Arabia, bin Laden was born in the late 1950s. His parents were the billionaire construction magnate Mohammed bin Awad bin Laden and his tenth wife Hamida al-Attas.
Bin Laden's parents divorced shortly after his birth and he was raised in the household of his mother and her new husband. The bin Laden family was worth around $5 billion and bin Laden is reported to have inherited about $25 million from his father.
He grew up as a devout Sunni Muslim and went to college at the ‘King Abdulaziz University’ where he studied economics and business, as well as the interpretation of the Quran and jihad. Although there is record of him studying religion and other subjects, it is unknown whether he graduated university. 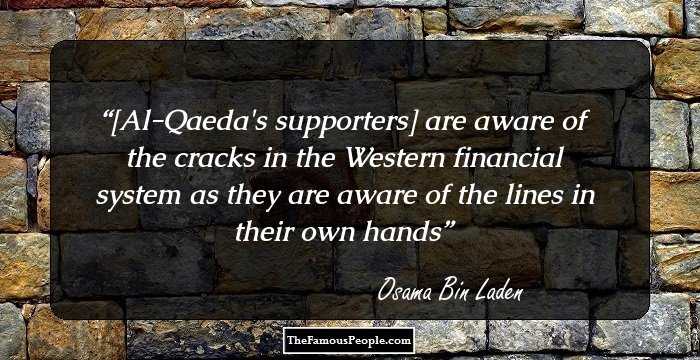 Continue Reading Below
Offences & Incarceration
When bin Laden left college in 1979, he was already a well established businessman. He went to Pakistan and began using the funds from his construction and machinery company to fund Mujahideen fighters in the Soviet war in Afghanistan. During this time up until 1989 the United States government was also providing the resistance fighters with money and weapons.
Bin Laden founded the ‘Maktab al-Khidamat’, or Afghan Services Bureau, and used this organization to funnel money into Afghanistan to support the Mujahideen. In 1988 he split from the ‘Maktab Al-Knidamat’ and used his flourishing popularity and influences to form the far more militant international terrorist group ‘Al Qaeda’.
The 1990 Iraqi invasion of Kuwait led by Saddam Hussein threatened internal dissent in the kingdom of Saudi Arabia. Bin Laden appealed to the Saudi government to avoid bringing any non-Muslim involvement into this struggle, but they ignored his advice and U.S. forces were deployed in Saudi territory.
He continued to be outspoken against the government's actions until two years later he was banished from his home country. He fled to Sudan and lived in exile.
During his exile in Sudan he continued to speak out against the Saudi government and the U.S. forces in Saudi Arabia, and was also known to be heavily involved with the ‘Egyptian Islamic Jihad’, which was the core of ‘Al Qaeda’.
After the failed EIJ assassination attempt of the Egyptian president, the U.S. accused Sudan of sponsoring international terrorism, which led them to eventually banish bin Laden in 1996, along with his organization.
After his return to Afghanistan, bin Laden declared was against the United States, claiming that the evils of the Middle East were due to American interference. He returned to his roots and enlisted the aid of his associates from the Soviet jihad to help him raise money to sponsor his attacks.
In 1998 bin Laden was placed on the FBI's ten most wanted list for his involvement in the U.S. embassy bombings that killed hundreds of people in multiple major East African cities. By the end of that year American counterterrorist intelligence knew of his plans to hijack aircraft.
Following the infamous September 11 attacks, the FBI found irrefutable classified evidence linking ‘Al Qaeda’ and bin Laden to the hijacking. Although he at first denied his involvement, he admitted that he was behind the attacks in a video released in 2004. 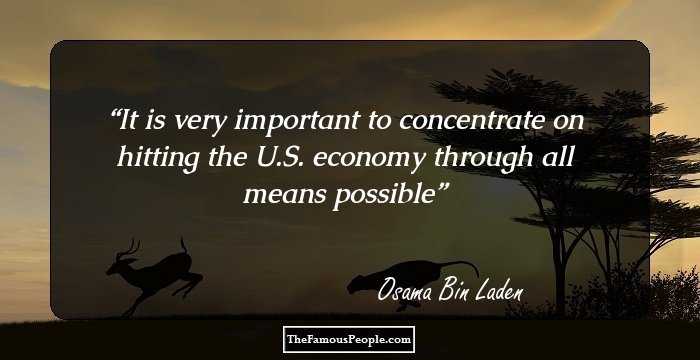 Major Crimes
Bin Laden was wanted on multiple accounts of mass murder, terrorism and war crimes in many different nations. In 1998 he was placed on the FBI's ten most wanted list for his involvement in an embassy bombing that killed hundreds.
Osama bin Laden's name is linked with the attack on the World Trade Center on September 11, 2001. At the time of this incident he had been wanted by the FBI for years.
Personal Life & Legacy
His first marriage was at the age of 17 in 1974. He divorced and remarried several times and fathered between 20 and 26 children with his many wives, many of whom fled to Iran following the September 11 attacks.
For a decade the U.S. government dedicated various agencies to tracking down and killing bin Laden. In April 2011, President Obama ordered a covert operation to kill or capture the wanted terrorist, and on May 2nd US military officials successfully carried out the mission in bin Laden's Abbottabad compound in Pakistan
Trivia
The international religious fundamentalist was one of over 50 children of a billionaire. Although his wealth is sometimes attributed to inheritance from his father, many experts doubt this, although it is unclear where it came from.