Nadya Denise Doud-Suleman, more famous as Octomom in the media, is an American celebrity who drew international attention after giving birth to octuplets in January 2009. The octuplets of Nadya were only the second full set of octuplets who were born alive in the US and surpassed the earlier worldwide survival rate that was set by the 1998 Chukwu octuplets. The controversial circumstances associated with high order multiple births of the octuplets of Nadya resulted in a debate in the field of assisted reproductive technology and led the Medical Board of California to conduct an investigation on the fertility specialist associated with the case. Nadya has six older children apart from the octuplets and all her children were conceived through In Vitro Fertilization (IVF). Although Nadya denied earlier that she used public assistance, she  later confirmed on the NBC-aired American news and talk morning television show Today, in April 2012, that she was on public assistance. 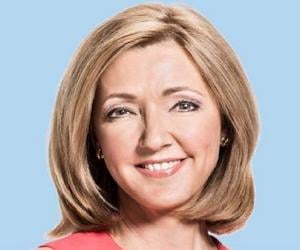 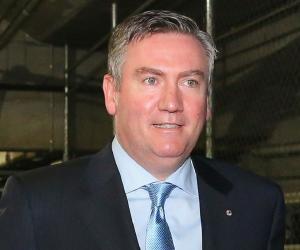 She studied at the Nogales High School in La Puente, California, and was known there as Natalie Doud. She then attended Mt. San Antonio College in Walnut and obtained a psychiatric technician license from there. She later attended the California State University in Fullerton. After earning a B.S. degree in child development, Nadya joined a state mental hospital and served there for three years.

In 1997, Nadya began the in vitro fertilization (IVF) treatment under the supervision of Dr. Michael Kamrava. Nadya’s first son was born in 2001, whereas she gave birth to her first daughter in 2002. Nadya continued with the IVF treatment and before becoming Octomom she conceived three more times leading to the birth of four more children - three sons and a daughter, including a set of fraternal twins.

She conceived her octuplets through IVF conducted by Dr. Kamrava. A total of 46 medical personnel were involved in the scheduled caesarean delivery of Nadya’s octuplets on January 26, 2009. The octuplets were given biblical names - Noah, Jeremiah, Josiah, Makai, Jonah, Nariah ,Maliah and Isaiah, with Angel as their middle name and Solomon as their surname, after their biological father.

Meanwhile Nadya bought a new house in La Habra in March 2009, and although she was worried about losing custody of her octuplets, but she could bring all of them home to live with her and her mother. According to sources, Nadya and her children live in southern California in a cramped three-bed rented condo.

Rise to Fame as Octomom & Controversies

A week after the birth of Nadya’s octuplets, the infants became the longest-living octuplets in the history of the US and Nadya went on to set the Guinness World Record for Most Children Delivered At Birth To Survive.

She and her octuplets drew considerable international media attention with the media dubbing her as Octomom. Initially she hired the Killeen Furtney Group as her public relations company and received some pro bono advice from Wes Yoder. The public reaction on the news of the octuplets was largely negative and her decision of having octuplets garnered much public debate. A minor protest was observed outside her home. She also received some death threats which the police are investigating. Both the Killeen Furtney Group�and Yoder ended their association with Nadya following such threats. Victor Munoz then became her spokesperson, but he also left on March 6, 2009.

Many opined that since Nadya Suleman was unemployed and unmarried, her decision of having more children would burden taxpayers via public support. Nadya on the other hand claimed that she would support her children independently, as she planned to complete a master's degree in counselling. Records, however, revealed that she received disability benefits between 2002 and 2008 for a back injury she suffered during a September 1999 riot and was unemployed after receiving such benefits.

In 2009, Nadya Suleman claimed that six embryos were still let from her previous IVF treatments and although she was informed that the recommended guideline limit for transfer of embryos to a woman her age was three, she requested that all the six embryos be transferred into her uterus at one time as these were the only ones that remained from previous harvest cycles and she did not want to destroy these and was also not eager to continue to pay for their storage.

On February 6, 2009, Medical Board of California made an announcement regarding an investigation on Dr. Kamrava to see if there was a violation of the standard of care. Eventually, Dr. Kamrava was expelled from the American Society for Reproductive Medicine in October that year. In June 2011, it was found that Dr. Kamrava transferred twelve fresh blastocysts into Nadya, a count that "far exceeded" existing guidelines. After reviewing a total of four cases, including Nadya’s case, the Medical Board of California made an announcement on June 1, 2011, that license of Dr. Kamrava would be revoked effective July 1 that year.

In February 2009, Nadya Suleman featured in a television interview with Ann Curry and went on to appear in several other television shows, including in Dr. Phil,�in March 2009. On April 16 that year, she said that she had worked out a deal for a reality TV show in the UK and on July 24, she signed an agreement with Los Angeles Superior Court to ensure that each of her children get $250 per day to star in a reality show. She and her mother featured in the August 19, 2009, aired two-hour special Fox documentary Octo-Mom: The Incredible Unseen Footage.

Nadya danced in men’s clubs as an adult entertainer. She starred in the 2012 Brad Armstrong-directed adult film Octomom Home Alone. It bagged four AVN Award nominations and won the one for Best Celebrity Video. She released the single Sexy Party�with Adam Barta on September 4, 2012. The single’s CD cover, which Nadya said was inspired by Madonna’s work, featured Barta holding Nadya’s breasts on a bed surrounded by crucifixes. In October that year, she was paid to take part during the launch of the online website deeyoon.com.

According to an April 2012 report, Nadya was back on welfare. She filed for personal bankruptcy on April 30 that year and mentioned of having $50,000 in assets and up to $1 million in debts. The La Habra house of Nadya was also set to go up for auction. On October 23, 2012, Nadya went to Chapman House Treatment Center in Los Angeles to undergo a rehabilitation program of around 28 days to treat her anxiety, stress, and exhaustion.

The state of California accused Nadya Suleman of welfare fraud on January 13, 2014, for not disclosing about $30,000 in earnings. Nadya pleaded no contest on July 14 that year to a single count of misdemeanour welfare fraud for not divulging the income she was earning from videos and personal features while taking public assistance funds of over $26,000 for her fourteen children. She was given a sentence of 200 hrs of community service and 2 years of probation, besides an order to pay a small fine.

It was noted in the March 2019 interview of Nadya in the Australian current affairs program Sunday Night�that household of Nadya Suleman is run with military precision, and her children are happy, healthy, and well-behaved.

See the events in life of Nadya Suleman in Chronological Order