Lovely Mimi is the online alias of Vietnamese-American nail salon owner, reality TV star, singer and social media sensation Myha Thi Luong, best known for appearing on the VH1 reality TV series 'Love & Hip Hop: Atlanta' in 2017. She is one of the leading nail artists of the country and is often fondly referred to as the 'nail architect' by her fans. She is also an Instagram star with 2.4 million followers who rose to fame for sharing videos of her imitating stereotypical accents of the Vietnamese nail artist, the African-American customer, the angry driver, and more. In September 2016, she released a hip-hop song titled 'We Don't Care' in collaboration with English boy band 5ive. It was reported in early 2018 that she would appear on the third season of the BET HER series 'From the Bottom Up' alongside author Angela Stanton, with whom she was co-writing her memoir, 'My Lovely Life: The Good, the Bad and the Ugly'. 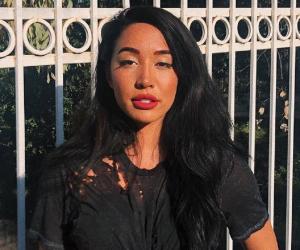 American People
Vietnamese People
Vietnamese Women
Female Reality TV Stars
American Reality TV Personalities
Women Film & Theater Personalities
Rise to Stardom
Lovely Mimi, who "was never in high school or even middle school", did not get enough education to look for good jobs, and as an Asian, found nail work to be the best option available. She bought a nail salon in Capitol Heights, Maryland, and named it 'Luong’s Lovely Nails'. In an attempt to increase publicity of her salon, she decided to join Instagram and began posting images and videos from her salon on the account 'mimilovelynails'. She also followed many girls to entice them to come to her shop. While that account saw moderate success, she later created another account, 'itslovelymimi', and began sharing everyday makeup and nail tutorials on Instagram. One of her videos, 'But Why Mimi', went viral on social media with celebrities like Da Brat and Snoop Dogg sharing it with their followers. It instantly gave her a huge fan following on various social media platforms, especially on Instagram.
Subsequently, fans began to post compilations of her videos and write blog posts about her. One particular blog called her the "ratchet Asian girl" which, while can seem insulting to some, was not something Mimi was bothered about as she was used to making jokes about stereotypes. In fact, she caught the attention of 'Love & Hip Hop: Atlanta' producers for being "ratchet" because the show wanted to emphasize on that side of her character. To be part of the show, she relocated to Atlanta and purchased a shop in College Park on Old National Highway, which came with an all-African-American workforce, and named it 'UltraViolet Nail Lounge'. Since being first introduced on the fourth episode of the sixth season of the show, aired on March 27, 2017, she has already made a name for herself thanks to her unique style and sense of humor.
You May Like

American Film & Theater Personalities
Vietnamese Film & Theater Personalities
American Female Reality Tv Personalities
American Female Film & Theater Personalities
Continue Reading Below
Love & Hip Hop: Atlanta
While Lovely Mimi realized the potential for making her own brand and gain publicity for her business through her appearance on 'Love & Hip Hop: Atlanta', she was initially hesitant about joining the reality TV show. She hardly watched the show on television before, but by checking on social media, she was well aware of how intensely dramatic the show was. Married with two kids, she was unwilling to jump into the craziness of the reality television industry as it would have portrayed her in a bad light. However, she ultimately gave in to the lure of becoming a celebrity, in part because it would help her getting more gigs while hosting parties, which she was already doing. During the show, she lived a double life: that of the messy and loud instigator, and also of the successful business owner, a mother and a wife.
Recommended Lists:

Vietnamese Female Film & Theater Personalities
Leo Women
Personal Life
Lovely Mimi was born as Myha Thi Luong on August 20, 1990 in Vietnam. Her early childhood was spent in a refugee camp in the Philippines until her parents escaped to the United States and settled in Silver Spring, Maryland in 1993. Growing up with poor, old-school parents, she didn't know about the latest cool trends and was often made fun of by other kids for her appearance. By the time she was a teenager she rebelled against her parents, began drinking, and often ran away and got into trouble. Throughout her teenage years, she spent more time in group homes and juvenile detention centers than in school, and eventually dropped out.
She had been in a longtime relationship with a man named Remy Skinner, whom she married in 2010. He is her manager as well, and can often be seen in the background in her videos. The couple has two children, a daughter named Juice and a son named Jayy. The kids also have an Instagram account, 'juicenjayy', run by their parents. The family has a dog named Jefe. 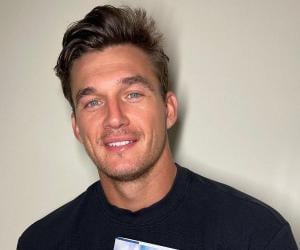