Larry Nassar is an American convicted child sex offender. As a team physio of the U.S. national gymnastics team, the ‘Michigan State University’ (MSU) gymnatics team, and the ‘Twistars Gymnastics Club,’ he used his position to sexually abuse minor girls (of less than 13 years of age). Though many of his victims complained about him to the authorities at ‘MSU’ and ‘Twistars,’ he was never investigated. He later pleaded guilty for 10 counts of sexual assault. He also admitted to possessing images of child pornography. Currently, he is serving a sentence for the latter. His child sexual abuse history was uncovered by the investigative journalists working with ‘The Indianapolis Star.’ 1349
DID WE MISS SOMEONE?
CLICK HERE AND TELL US
WE'LL MAKE SURE
THEY'RE HERE A.S.A.P
Quick Facts

His parents, Mary and Fred Nassar, are of Lebanese descent. He grew up with his brother, Mike

In 1978, at the age of 15, Larry Nassar started working as a student athletic trainer for the women’s gymnastics team of the ‘North Farmington High School,’ Farmington Hills. Three years later, he graduated from the same school.

He received a varsity high-school letter in women’s artistic gymnastics, in 1981, as a recognition of his contribution to the team.
In 1985, he graduated from the ‘University of Michigan,’ with a degree in kinesiology, a scientific study of human and non-human body movement. While at the university, he worked with its football team and track & field team.

From 1993 to 1996, he interned and finished his residency training in family medicine, then known as “family practice,” at the ‘St. Lawrence Hospital’ (later merged with the ‘Sparrow Hospital’), Lansing, Michigan.

Famous Beautiful Women With Green Eyes
Career
Nassar had enrolled for a master’s degree in 1985. He also worked as a graduate assistant athletic trainer with the ‘Wayne State University,’ Detroit, Michigan, for around 4 years. He then quit ‘Wayne’ to join the medical school of the ‘Michigan State University’ (MSU).

In 1986, Larry Nassar started working as an athletic trainer for the ‘United States of America Gymnastics’ (USAG) national team.

In 1988, he started working with the gymnastics training club known as the ‘Gedderts' Twistars USA Gymnastics Club,’ located in Dimondale, Michigan, and owned by John Geddert, former coach of the ‘USAG’ team, and his wife, Kathryn Geddert.
In 1997, he began working with the ‘Holt High School,’ as their team doctor.

In 1996, Larry Nassar started working as the national medical coordinator for the ‘USAG’ and continued to work there for the next 18 years

He started working as a team physician and an assistant professor with the ‘Michigan State University’s ‘Department of Family and Community Medicine in the College of Human Medicine’ in 1997.
In 2000, he accompanied the ‘USAG’ team to the ‘Sydney Olympics,’ Australia.
He was part of the ‘USAG’ team during the 2008 ‘Olympics’ in Beijing, China.
He retired from the ‘USAG’ as their medical coordinator but chose to stay as a team physician for the women’s artistic gymnastics team.
Continue Reading Below
On August 30, 2016, he was relieved of all clinical and patient duties at ‘MSU,’ and on September 20, 2016, he was fired from the position of assistant professor.
In November 2016, despite being disgraced, he contested for the membership of the ‘Holt High School Board.’ He gained only 2,730 votes (or around 21% of the total votes) and lost.
Chronology: Highlights of Nassar’s Sex Abuse

In 1992, while Larry Nassar was still in medical school, he sexually assaulted a woman.

A popular gymnast who won an ‘Olympic’ medal stated that Nassar had started sexually abusing her in 1994 and that it went on for 6 years.
A parent, in 1997, brought Nassar’s misdemeanor to the notice of John Geddert, but Geddert did not act on it.
Later, it also came to light that in 1998, Nassar had begun sexually assaulting the 6-year-old daughter of his family friend and did it every alternative week. The same year, a student at ‘MSU’ complained about him to the university authorities, but they acted in favor of Nassar.
As the new millennium began, another ‘MSU’ student reported to the university authorities about his behavior, but they turned a blind eye this time, too.
Gymnast Rachael Denhollander was one of the earliest to accuse Nassar of sexual abuse. He had started abusing her when, as a 15-year-old, she was treated by him for lower back pain in 2000.
According to the charges against him in Ingham County, Michigan, one of the victims confessed about him to her parents in 2004. However, they did not take any legal action against him. That year, he received or attempted to obtain pornographic pictures of children.
Continue Reading Below
In 2014, ‘MSU’ cleared him of any wrongful act after 3 months of an allegation by a recent university graduate who was sexually assaulted during her medical examination.
All such allegations were mentioned in the investigative reports printed in the tabloid ‘The Indianapolis Star,’ and various lawsuits and indictments followed after 2016.
Michigan’s ‘Department of Licensing and Regulatory Affairs’ suspended his medical license on January 24, 2017, due to three complaints. On April 6, 2017, the department revoked the permit for 3 years, with a caveat that he would have to pay $100,000 before reapplying.
Investigation & Conviction
On August 4, 2016, ‘The Indianapolis Star’ published a detailed report about the ‘USAG’ and its cover-up of sexual-abuse complaints over the years.
This report encouraged many former gymnasts to file a lawsuit against Nassar. By November 2016, he was indicted on charges of 22 counts of first-degree sexual misconduct with minors, seven in Eaton County, Michigan, and 15 in Ingham.
He was investigated by several law-enforcement authorities, including the ‘Michigan State Police,’ the ‘Texas Rangers Division,’ and the ‘Federal Bureau of Investigation’ (FBI).
In December 2016, he was arrested by the ‘FBI’ for possession of over 37,000 images and videos of child pornography and of him molesting minor girls. Federal charges were pressed against him.
On July 11, 2017, he pleaded guilty for possessing images of child pornography dating back to 2004–2016 and trying to destroy and conceal the evidence and photographs. He was sentenced for 60 years of federal imprisonment.
By the middle of January 2018, more than 150 women had accused him of sexual assault.
During the trial, the judge in Ingham permitted his accusers to make extended victim impact statements despite the objections raised by his defense. On January 24, 2018, the judge sentenced him to 40 to 175 years in prison for sexual abuse of minors
Within 2 weeks, he was sentenced to 40 to 125 years of imprisonment in Eaton.
He is currently serving his federal sentence at the ‘United States Penitentiary’ in Coleman, Florida, U.S. The sentences he received in Ingham and Eaton will follow after he completes his federal sentence.
Family & Personal Life
On October 19, 1996, Nassar married Stephanie Lynn Anderson at the ‘St. John’s Catholic Church,’ East Lansing, Michigan. They have three children: two daughters, and a son.
He stayed in Holt, Michigan, until his arrest in December 2016.
In the wake of his arrest for sexual abuse, the couple separated. Stephanie was granted a divorce in mid-2017. She retained full custody of their children.
You May Like

See the events in life of Larry Nassar in Chronological Order 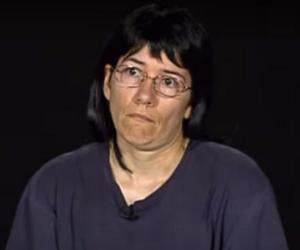