Foolish Gamers or FoolishG is a well-known name in the online gaming community. His real name is Noah Brown and he is known for his Twitch channel wherein he streams content from various games. He also has a You Tube channel wherein he posts/streams his gaming content. Both these channels are followed by a large number of people. Foolish Gamers is also a friend of Dream Team and became a significant member of Dream SMP after his speedrunning skills were noticed by Dream. He has a large number of followers on other platforms like Twitter, Instagram and TikTok as well. TheMyth
Twitch Streamers #23
Instagram Stars #382
Continue Reading Below
DID WE MISS SOMEONE?
CLICK HERE AND TELL US
WE'LL MAKE SURE
THEY'RE HERE A.S.A.P
Quick Facts

Foolish Gamers began uploading content on his self-titled YouTube channel from 2018 and initially, it was mostly around Fortnite online video game developed by Epic Games. Later, he created videos playing other online games including Mordhau, Minecraft, The Beast Inside and Among Us. His account today has more than 360K subscribers.

However, it was on Twitch, the leading live streaming platform for gamers, where Foolish Gamers gained more fame. On his Twitch channel Foolish__Gamers, he streams content from games such as Minecraft, Five Nights at Freddy's and Counter-Strike. He has more than 1 million followers on the platform.

In late November 2020, Foolish Gamer came in contact with Dream when the latter suddenly joined the Foolish Gamers Discord server. They later formed a bond and Dream even sent custom merchandise to Noah (a video about it, titled Unboxing a Package DREAM sent ME...includes Custom merch, is on Noah’s YouTube channel). In the beginning of 2021, he began playing Minecraft with the Dream Team on the popular private Dream SMP server.

A number of times, Foolish Gamers begins his stream with the famous Shift Dance wherein his Minecraft character dances to Doctor Mario music. On You Tube, he has uploaded a video of himself performing the Shift Dance IRL in a shark costume.

The shark logo, which is well recognised now, was originally just a totem; however, after the audience indicated that it looked like shark, Noah added bits of shark in it.

Who Is The Greatest Female Warrior In History?
Continue Reading Below
Family & Personal Life

Foolish Gamers, whose real name is Noah Brown, was born on 18th December 1998 in Ohio, United States. He is a computer science and engineering major. He has two pet dogs Bentley and Athena.

He got the idea of calling himself Foolish Gamers from his father business idea for a gaming website called Foolish Productions.

His most favourite animal is shark and he likes Greek Folklore. 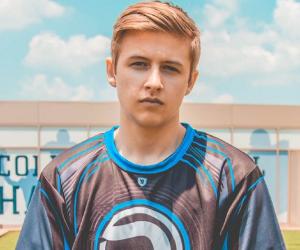 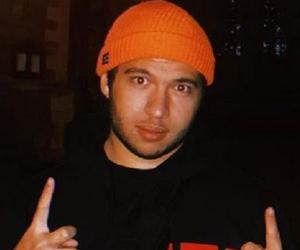