Carl Lewis
DID WE MISS SOMEONE?
CLICK HERE AND TELL US
WE'LL MAKE SURE
THEY'RE HERE A.S.A.P
Quick Facts 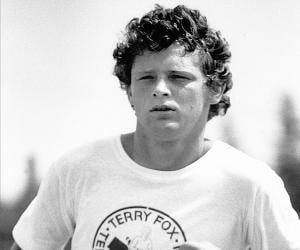 Canadian People
Tall Celebrities
Tall Male Celebrities
Male Athletes
Canadian Athletes
Childhood & Early Life
He was born on December 16, 1967, in Manchester, Jamaica, to George Bailey and his wife Daisy as one of their five sons. He would wake up with the first light of the day and take care of the pigs, chickens and goats of his family and then attend school.
In 1981 he immigrated to Canada to live with his father in Oakville, a suburban town in Southern Ontario. There he joined the ‘Queen Elizabeth Park High School’ and became a part of the track team of the school.
When he was 16 he participated in a 100m dash, which he completed in 10.65s. However he was more of a basketball enthusiast than a sprinter.
After completing high school education he attended ‘Sheridan College’, Oakville and studied economics. In college he participated in the basketball team playing forward for one season.
Continue Reading Below
Career
He received a diploma in business administration following which he ventured in marketing and investment-consulting business. He also ran an import-export clothing business. He bought his own house in Oakville at 22 years of age and owned a Porsche 911 convertible.
However among all these he always harboured his love for sports that saw him entering sprint races occasionally. Gradually he started to train himself seriously in the sports and in 1991 he started taking part in different 100m sprints as a part-timer. That year he emerged winner of the 60m dash at the Ontario indoor championships.
In August 1991 he bagged a silver medal in 4 × 100 m relay in the Pan American Games held at Havana, Cuba.
He was inducted as a member of the Canadian team at the World Championships in 1993, where he was introduced to imminent American track and field coach Dan Pfaff. Bailey started training under Pfaff and with time improved on his technique and style, which led to improving his starts as also consistency in his pace throughout the run.
The 100m dash was structured by Bailey as 20 m of start, next 50 m of acceleration and last 30 m of relaxation.
Although his first gold came with the 4 × 100 m relay event at the 1994 Commonwealth Games at Victoria in British Columbia, Canada, his gradual improvement as a sprinter saw him sealing the eighth position in world ranking in 100m dash by the turn of 1994.
In spring of 1995, for the first time he achieved sub-10s timing in 100m. During the Canadian track and field championships held in July that year he set a Canadian record of 9.91 sec in 100m.
His first major gold medal came in 1995 with the 5th World Championships in Athletics held in Gothenburg, Sweden, winning him the 100m title. His further accomplishment in the championship was a gold medal in the men’s 4 × 100 m relay that year.
In 1996 he succeeded in breaking the indoor 50m world record by setting his own new record of 5.56 seconds in a competition held In Reno, Nevada, US. Although this timing of Bailey was equalled in 1999 by American former track and field sprinter Maurice Greene, the run by the latter was not ratified as a world record.
Continue Reading Below
Bailey triumphed in both the 100m and 4 × 100 m relay events at the 1996 Olympic Games held at Atlanta, Georgia, US, thus winning two gold medals in Olympics that year. Not only had he won the 100m title in Olympics that year but also set the new world record of 9.84s +0.7 m/s wind in 100 m dash. This record was later surpassed by a new world record of 9.79 s (+0.1 m/s wind) in 1999 by Maurice Greene.
In 1997 he captured another World Championships title winning gold medal along with the Canadian relay team in the 4 × 100 m relay event held at Athens, Greece. However he finished second at the 100m dash in the World Championships that year and had to remain content with a silver medal, while Greene outshined as the winner.
He clinched his next major win in May 1997 in the ‘SkyDome’ stadium in Toronto, Ontario, Canada in a one-to-one 150 m sprint against American sprinter Michael Johnson in a bid to ascertain who among the two was the world’s fastest man. Earlier that year Johnson publicized himself as ‘the world’s fastest man’ while performing in TV promotions. Bailey won the race in 14.99 seconds and earned $1.5 million, the highest prize in the history of athletics, while Johnson grasped his thigh in pain.
Bailey met with a career-ending injury in September 1998 when he ruptured his Achilles tendon in the middle of a basketball game he was playing with friends. He struggled to walk after a surgery of the tendon.
However overcoming all odds he succeeded in making a comeback and won a silver medal in 4 × 100 m relay of the 1999 Pan American Games, at Winnipeg, Manitoba, Canada.
He regained the numero uno position as a sprinter in Canada by 2000, however failed to win any international title.
He took retirement in 2001.
He founded the ‘Donovan Bailey Foundation’ in 2002 to help amateur athletes in Canada.
In 2003 Bailey along with other athletes and sports executives established the DBX Sport Management, a company that aids amateur athletes. He also opened a sport injury clinic in Oakville, Ontario.
During the 2008 Summer Olympics, he served CBC Television as a track commentator.
Personal Life & Legacy
In 2004 he married British born Realtor Michelle Mullin, his girlfriend of 12 years, in the Half Moon Hotel, Montego Bay, Jamaica. He presently lives with Michelle and daughter Adrienna in his home in Oakville, Ontario.

See the events in life of Donovan Bailey in Chronological Order 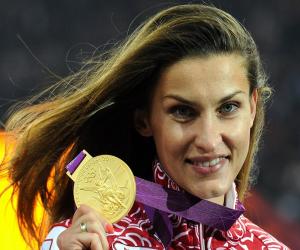