DID WE MISS SOMEONE?
CLICK HERE AND TELL US
WE'LL MAKE SURE
THEY'RE HERE A.S.A.P
Popularity Index
10
Social Media Stars #861
Quick Facts 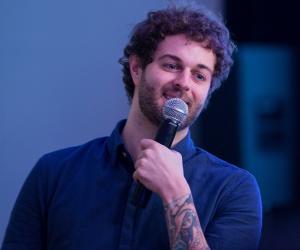 TheMyth
Danielle was nicknamed Dani by her elder sisters. She is the youngest member of the Cimorelli band that primarily sings cappella with instruments played at intervals. The group is a family band with all the sisters of the family forming the band. Thus, it consists of six members, Dani being the youngest of them all. At the age of seven, she joined the group that gained its way to fame by singing covers. Over the past nine years she has grown in popularity as a social media figure and a singer. This hazel-eyed beauty became exceeding popular on Vine with 119.4K followers. She also has a gigantic 456K followers on Twitter and a handsome 349K fans on Instagram. She is confident and bubbly; her raspy voice is a fresh take to the smooth voices of her sisters. She is killing it on tours and has become one of the more recognized Cimorelli sisters because of her humongous fan following. American Social Media Stars
American Women Social Media Stars
Gemini Women
The Meteoric Rise to Stardom
Singing cover versions of popular songs won the Cimorelli sisters a lot of fame on YouTube. When Dani joined them and sang the cover ‘ABC’ by Jackson 5, the Cimorelli band fans began tweeting about the youngest band member and the cover went viral on many social media sites. Their cover version of Justin Beiber’s ‘Baby’ was even voted the best cover for the song. Their subscribers on YouTube soon grew from thousands to more than 3.8 million today. In fact Dani also has her own YouTube channel where she uploads her own personal videos, vines and solos; she has around 40K subscribers on her channel itself. With the talent possessed by these sisters it wasn’t long before they moved to Nashville, where they signed with the Universal Music’s Island Label. Hence, the girls have been busy touring US, Canada, Europe, Philippines and South America for shows of their own compositions and songs. In 2016, their album ‘Up at Night’ was released, which was a success.

The music video for our song I'm a Mess is out NOW but you can only watch it if you pre-order our album!!!! Link in bio!!!

The Hottest Male Celebrities With The Best Abs
Continue Reading Below
What Makes Dani So Special
Being the youngest, she is pampered by her sisters and given a lot of attention. Her sisters find her amusing and hilarious, she makes sarcastic comments and is often the reason why their shots take time as she evidently has them all cracking up! Dani is not only beautiful but also has a very fresh and unique voice—her voice stands out as it has a rugged tone which seems true and pure. She loves getting her way with her elder sisters and is called ‘creative’ by her siblings. She is also very fashionable and uses her beauty to her advantage, she loves coloring her hair in all shades of red and brown. And often sports ripped jeans and a choker as her style statement. She is a fashion icon for several teenagers of her age.

soundcheck in boston last night!!! also not sure why the track died in the end of this vid lol

Beyond Fame
Beyond singing, this sixteen-year-old stunner knows how to play three instruments – guitar, piano and bongo drums. She loves comfort food of which her favorite is waffles—she says she can live on them alone! She doesn’t like apricots but loves mangoes and gummy worm candy. She spends most of her weekends playing videogames with her younger brothers though she is mostly an outdoor person and her favorite sport is swimming. Like her sisters, she too is homeschooled and has never taken regular schooling. Her hobbies include drawing, spending her day at the beach, rollerblading, climbing trees and reading, especially psychology. She loves being stylish and her go-to brands are ‘Forever 21’ and ‘Target.

OUR MUSIC VIDEO FOR BEFORR OCTOBERS GONE IS UP!!!! go check it out on our youtube channel!!! ?

Behind The Curtains
Dani was born and brought up in California. Her mother Lynne and father Mike have always supported her endeavors. She belongs to a pious Christian family. Interestingly her mother is also inclined towards music and instilled the same love in her daughters. She has mentored each one of them from the age of two. Dani has ten siblings, of which Mike Jr., Christina, Katherine, Lisa, Amy, Alex, Lauren are elder to her while her brothers Christian, Nick and Joey are younger than her. She lives with her family and isn’t dating anyone; she has received proposals on several social networking sites, yet she has gracefully declined them. She spends the bulk of her time with her siblings and hangs out with them mostly. She is dauntless and loves the trill of a rollercoaster ride in spite of her fear of heights. When asked to pick her best cover song she chose ‘Payphone’ by Maroon 5. Her dream is to someday swim with turtles in Hawaii.

Trivia
She is the 8th of 11 children; she has 5 sisters and 5 brothers! 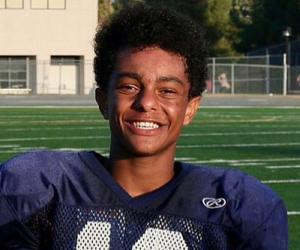 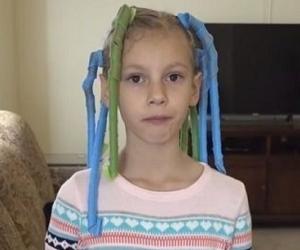 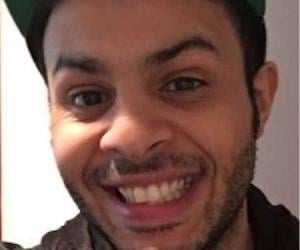 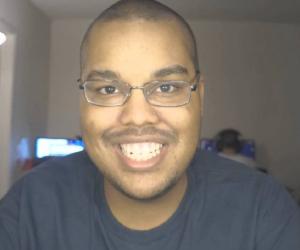