Connie Stevens is an American actress and singer whose performance in TV series ‘Hawaiian Eye’ brought her lot of accolades. Born as Concetta Rosalie Ann Ingolia, IN New York, she had a difficult childhood and faced a lot of challenges. Her parents divorced when she was very young and she went to live with her grandmother. Her grandmother passed away when she was eight years old, and Stevens found herself alone again. As a 12 year old she became a witness to a murder in Brooklyn and this incident deeply traumatized her. However, she was a brave girl and moved on in life. Her father was a jazz musician and her mother a singer, so singing was very much in her genes. As a young girl she formed a vocal quartet called The Foremost, where she was accompanied by three male backup singers. She eventually ventured into Hollywood and got noticed by the legendary comedian Jerry Lewis who cast her in his film, ‘Rock-a-Bye Baby’. Later on she gained fame and recognition for her portrayal of Cricket Blake in the ABC's detective series ‘Hawaiian Eye’. Meanwhile she also released several hit-singles and albums. After acting and singing, she ventured into the cosmetics industry as a businesswoman and launched her own skin-care line known as Forever Spring. Now she devotes her time to various philanthropic and humanitarian causes
Continue Reading Below 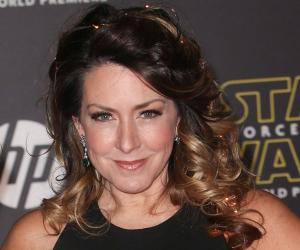 American People
New Yorkers Actresses
Leo Actresses
American Actresses
Actresses Who Are In Their 80s
Childhood & Early Life
Connie Stevens was born as Concetta Rosalie Ann Ingolia on August 8, 1938, in Brooklyn, New York. Her father, Peter was a jazz musician and performed under the stage name of Teddy Stevens and her mother, Eleanor McGinley, was a singer. They divorced when Stevens was quite young.
After her parents’ divorce she lived with her grandmother. She was eight years old when her grandmother passed away. She received her education from Catholic girls' boarding schools.
In 1951, she became witness to a horrible murder at a Brooklyn street that scarred her for life. In order to forget this incident, she moved to Boonville, Missouri.
The Missouri River flooded its banks in the summer of 1951. Stevens was living with her family friends at that time. The wide-spread destruction forced her to move yet again and she moved to Los Angeles to be with her father.
Owing to her parents’ profession, she loved music from a pretty early age. She formed the vocal quartet called 'The Foremost' and was backed up by three male singers, who later became The Lettermen.
She created an all-female trio band called 'The Three Debs' in 1954. She enrolled at The Georgia Massey Professional School in San Fernando Valley and appeared in a local repertory theatre.
Continue Reading Below
You May Like

The Sexiest Men Of 2020, Ranked
Career
Connie Stevens’ professional break came in the form of minor roles in some B-list Hollywood movies including 'Young and Dangerous', and ' Eighteen and Anxious'. The films were not much successful.
Her performance in the movie 'Dragstrip Riot' was noted by the legendary comedian, Jerry Lewis. Impressed by her performance, he cast her in his film 'Rock-a-Bye Baby' (1958). She soon signed a contract with Warner Brothers.
She launched her first album 'Concetta' in 1958. The album found some success with singles like 'Blame It On My Youth', ‘Looking For A Boy' and 'Spring Is Here'. She also appeared on the TV-series ‘Maverick’ and Warner Bros hit TV-series ‘77 Sunset Strip’.
In 1959, came her most famous role as the blond photographer and nightclub singer Cricket Blake on ABC's detective drama ‘Hawaiian Eye’. The role made her so popular that Elvis Presley personally called her and invited her to his party.
During the same time, she released some hit-singles. The song 'Kookie, Kookie, Lend Me Your Comb' and 'Sixteen Reasons' reached No. 4 and No. 3 on the Billboard Hot 100 list.
Her role in the series ‘Hawaiian Eye’ typecast her as an airheaded blonde and she found it difficult to find more challenging roles. After much struggle she landed the role of Wendy Conway opposite George Burns in the TV-sitcom 'Wendy and Me' (1964-65).
In 1966, she gained legitimacy by appearing with Anthony Perkins in the Broadway production of Neil Simon's 'The Star-Spangled Girl'. She followed these by appearances in some summer stock stage productions.
In the 1970s she sang the theme song for Ace Hardware's TV commercials and appeared in several shows, roasts and movies.
In 1989, she opened her own cosmetic skin-care product range called 'Forever Spring' and signed a marketing contract with the Home Shopping Network. She launched the Connie Stevens Garden Sanctuary Day Spa in LA in 1990s.
Continue Reading Below
In 1994 she recorded 'Tradition: A Family at Christmas' with her two daughters and wrote, edited and directed the documentary 'A Healing' in 1997.
By 2000, her cosmetic line was making over $500 million in annual sales with a clientele of 3 million women. The company provides over 300 products now.
Major Works
Her songs 'Kookie, Kookie, Lend Me Your Comb' and 'Sixteen Reasons' peaked at No. 4 and No. 3 respectively on the Billboard Hot 100 list.
The documentary film, ‘A Healing’, released in 1997, which she wrote, edited, and directed was well received. It featured the experiences of the women who served as Red Cross nurses in the Vietnam War.
Awards & Achievements
In 1991, the Shriners Hospital presented her with the Lady of Humanities Award and the Sons of Italy gave her the Humanitarian of the Year Award in Washington, DC.
The film 'A Healing' based on the stories of the Red Cross nurses serving in the Vietnam War was named the Best Film at the 1998 Santa Clarita International Film Festival. The film was written, produced and directed by Stevens.
She has a star on the Palm Springs Walk of Stars in Palm Springs, one on the Hollywood Walk of Fame at 6249 Hollywood boulevard in Hollywood and one on the Italian Walk of Fame in Toronto.
In 2013, The National Society of Daughters of the American Revolution gave her the Founder's Medal for Patriotism. She has been associated with the United Service Organization (USO) for over 40 years now.
Personal Life & Legacy
Connie Stevens married twice in her life. Her first husband was actor James Stacy and they got married in 1963 and divorced in 1966.
She married singer Eddie Fisher in 1967. In their 18-months of marriage, they were blessed with two daughters, actresses Joely Fisher and Tricia Leigh Fisher. The couple divorced in 1969.
Before her marriages she had been involved in relationships with actor Glenn Ford and the legendary musician, Elvis Presley.
Trivia
She is also a philanthropist and has been involved with the USO (United Service Organizations Inc.), a nonprofit organization that provides programs, services and live entertainment to United States troops and their families

See the events in life of Connie Stevens in Chronological Order