The spread of internet has made the careers of many youngsters. Video based social media networks like YouTube and Vine have opened new possibilities. One young star who has made a career in video sharing social media sites is Cody Johns. Cody comes from a family which is interested in media. He and his younger brother Marcus Johns started producing videos from a young age. Cody first started posting videos on the internet in the year 2013. He sensed an opportunity when Vine was made available for the most popular smart phone of the time, iPhone. His videos were mostly humorous and aimed at making his audience laugh. His Vine account quickly grew in popularity and got a lot of dedicated followers. After looking at his success, his brother Marcus Johns too started creating videos. His brother’s Vine channel too was successful and accumulated 1,000 followers within 10 days of its launch. His fame brought him an opportunity to act in a movie called ‘I am Number Four’ in the year 2011. 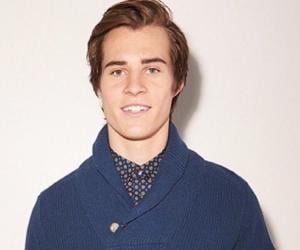 American People
American Men
Florida YouTubers
Florida Instagram Stars
Male Viners
The Meteoric Rise to Stardom
Both Cody and Marcus Johns started to experience more success when they started collaborating together. By the year 2016, both the brothers had got an average of 3 million followers each, placing them amongst the most successful siblings on the internet. The fame of Cody Johns started to increase when he started getting offers from media companies. In the year 2014, Cody got an opportunity to be Fandango’s social media consultant for the year’s Oscar Awards presentation ceremony. His job was to report the happenings live on social media channels. Utilizing the opportunity, he also produced a number of Vine videos that he put on his own channel. After this event, Cody started getting opportunities to act in mainstream movies. He worked in two mainstream movies, viz. ‘Summer Forever’ (2015) and ‘Ned Venture’ (2016). Around this time he also got an opportunity to work as a creative director for a prestigious marketing company called ‘Niche.’ He did a good job in promoting the company on the Internet. However, he quit the job when the company was later acquired by Twitter.
Recommended Lists:

Libra Youtubers
Male Youtubers
American Viners
American YouTubers
Continue Reading Below
What Makes Cody Johns So Special
Is there any reason to discuss what makes Cody Johns so special? It is his incredible looks that set him apart from other Internet stars. His followers describe him to be super cute, amazingly charming, and imaginative. The second reason that makes him so special is the hard work he puts in his work. Creating short videos which just run for six seconds look very easy for many people. But Cody opines that a lot of creativity goes into making the short video. A lot of thought needs to go into designing a very short video. This is what makes him so special and stand out among the crowd. All his short videos posted on Vine look very meticulously planned and developed. In an interview given to ‘Huffington Post’, Cody Johns once said that he sometimes spends almost four hours to produce a single six-second video!
Recommended Lists:

Male Instagram Stars
Male Social Media Stars
American Instagram Stars
American Social Media Stars
Beyond Fame
There were no major controversies regarding Cody Johns reported in the popular media. Cody Johns had a relationship with a broadcast journalist called Alexys for a long time. She is also a Vine start and produces her own videos. After maintaining suspense regarding his marital status, Cody Johns married Alexys in a lavish wedding ceremony organized in Florida. He also collaborated with other popular internet stars like Klarity to produce several Vine videos. He is known to maintain cordial relationships with his costars.
Recommended Lists:

Libra Men
Behind the Curtains
Cody Johns had a good childhood in a caring family. He got all the encouragement from his parents to grow in his career. Not much is known regarding the personal and family life of Cody Johns except for the fact that he has a brother named Marcus.