(One of the Greatest Point Guards of All Time)

Advanced Search
Chris Paul is a popular American basketball player who currently plays for the ‘Oklahoma City Thunder’ of the ‘National Basketball Association’ (NBA). Paul, who began his professional career playing for the ‘New Orleans Hornets,’ has also played for the United States men’s basketball team. He helped his national team win two gold medals at the Olympics. Born in Winston-Salem, North Carolina, Paul was a sports enthusiast from his childhood. Although initially he was more interested in football, he later became passionate about basketball. Needless to say, he was a brilliant player in high school. He attended the ‘Wake Forest University’ for two years where he achieved excellence in college basketball and helped ‘Demon Deacons’ achieve the number one ranking for the first time. Soon, he was drafted into the NBA by ‘New Orleans Hornets.’ He played for the team for a total of six seasons, after which he joined the ‘Los Angeles Clippers.’ He then went on to serve as the president of the ‘National Basketball Players Association,’ a labor union which represents all NBA players. Despite being one of the most successful and highly paid basketball players, Paul is very humble and has stated that he is grateful to God for all his achievements. Blake Griffin
DID WE MISS SOMEONE?
CLICK HERE AND TELL US
WE'LL MAKE SURE
THEY'RE HERE A.S.A.P
Quick Facts

American People
Basketball Players
Black Basketball Players
American Men
Tall Celebrities
Childhood & Early life
Chris Paul was born Christopher Emmanuel Paul on 6 May 1985, in Winston-Salem, North Carolina, USA, to Charles Edward Paul and Robin Jones. He has an older brother named Charles Paul. Chris and Charles were taught football and basketball by their father, a former athlete.
He attended ‘West Forsyth High School’ where he excelled at playing basketball. During his spare time, Paul also worked at a service station which was owned by his grandfather, with whom he shared a very close bond.
Despite being relatively short during his early years, his skills on a basketball court were always appreciated. Because of his amazing performance during high school, a lot of colleges wanted to recruit him, out of which he eventually chose ‘Wake Forest University.’ 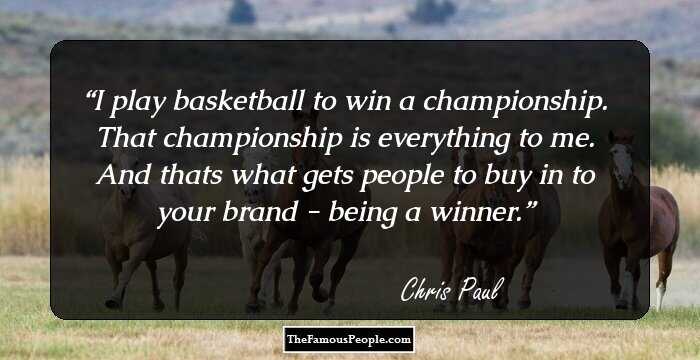 Continue Reading Below
Career
Before joining the ‘Wake Forest University,’ which has a rich history in basketball, Chris Paul unfortunately lost his grandfather who was killed during a robbery in his home. Soon after, he was recruited by the ‘Demon Deacons’ of ‘Wake Forest,’ where he was a team leader from his very first game.
Because of his brilliant skills, he soon earned honors, such as ‘Atlantic Coast Conference Rookie of the Year.’ He successfully broke five freshman records for assists, steals, free throws, three-point percentage, and free throw percentage. He was also named the nation’s best player by several reputed publications.
In 2005, he made himself available for the NBA draft after his sophomore season. He was picked by the ‘New Orleans Hornets’ in the first round. During his first year with ‘Hornets,’ the team won a total of 38 games. His amazing skills as well as dedication earned him the ‘NBA Rookie of the Year’ award.
Paul was selected for the US national team for the 2006 ‘FIBA World Championship’ which was to be held in Japan. He helped his team finish the tournament with a bronze medal. He again represented the national team in the 2008 Olympics which was held in Beijing. He displayed a fantastic performance, and helped his team win a gold medal.
He played well for the ‘Hornets’ for a total of six seasons. In 2011, before the start of the 2011-12 season, a deal was orchestrated between the ‘New Orleans Hornets’ and the ‘Los Angeles Clippers’ that saw Paul going to the ‘Los Angeles Clippers.’
After Paul’s transfer to the ‘Los Angeles Clippers,’ the team’s performance improved to an extent. He finished his first year with the team with an average of 19.8 points, 9.1 assists, and 2.5 steals per game. His performance during the season was appreciated.
He once again represented the US national team at the 2012 Olympics in London. He averaged 8.2 points, along with 5.1 assists, and 1.6 steals per game, helping his team win another gold medal.
He also performed brilliantly during the 2013 All-Star game, where he earned his first ‘NBA All-star Game Most Valuable Player Award.’ Despite enduring several injuries, his performance never dropped while playing for the ‘Clippers.’ After playing six seasons with the ‘Clippers,’ he was traded to the ‘Houston Rockets’ in June 2017. He played for the ‘Houston Rockets’ till 2019.
On July 16, 2019, the 'Rockets' traded Paul in exchange for Russell Westbrook to the 'Oklahoma City Thunder.' He made his debut for the 'Thunder' on October 23, 2019. On December 16, he achieved a near triple-double while helping his team to a win over the 'Chicago Bulls.' 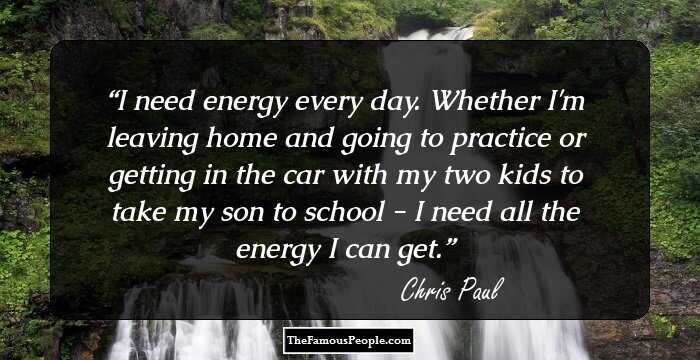 Quotes: Home
Awards & Achievements
In 2004, Chris Paul was declared the ‘USA Basketball Male Athlete of the Year.’
He won the ‘NBA Rookie of the Year Award’ in 2006. The same year, he was also named to the ‘NBA All-Rookie First Team.’
Helping his national team win Olympic golds in 2008 and 2012 is considered his most significant achievement. He also helped his national team win a bronze medal at the ‘FIBA World Championship’ in 2006.
Personal Life & Legacy
Chris Paul married Jada Crawley in September 2011. Their first child Christopher Emmanuel II was born in May 2009, and their second child, a daughter named Camryn Alexis, was born in August 2012.
In 2018, Paul bought a minority ownership stake in ‘Winston-Salem Dash,’ a minor league baseball team. 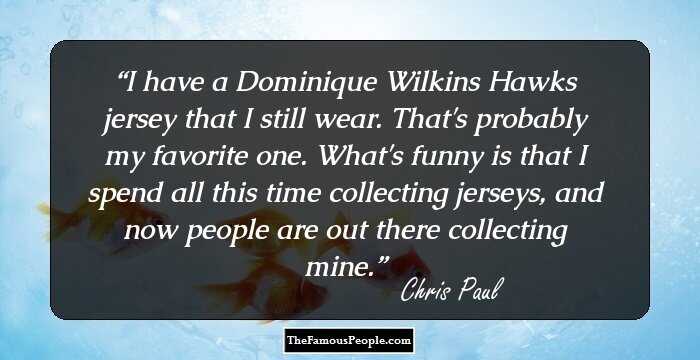 See the events in life of Chris Paul in Chronological Order