Carys Zeta Douglas is the daughter of the 'Academy Award'-winning Hollywood actors Catherine Zeta-Jones and Michael Douglas. Carys has already made her debut in the fashion industry. She has also worked for a few luxury fashion brands. Carys and her mother have been featured on the cover of the journal 'Town and Country.' She has also made appearances on a number of TV shows. Carys is the second-born child of Catherine and Michael and their only daughter. She has an elder brother and an elder half-brother. The Douglas children often accompany their parents on the red carpet and other events. Catherine Zeta-...
Continue Reading Below
DID WE MISS SOMEONE?
CLICK HERE AND TELL US
WE'LL MAKE SURE
THEY'RE HERE A.S.A.P
Quick Facts 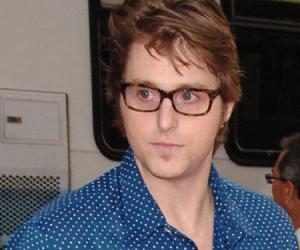 The Sexiest Men Of 2020, Ranked
Birth
Carys was born on April 20, 2003, at 'Valley Hospital' in Ridgewood, New Jersey, US. She weighed 6 lbs. and 12 oz. at the time of her birth. She is of Welsh and British descent from her mother’s side and is American–Bermudian from her father’s side. Carys has an elder half-brother named Cameron Douglas, born to Michael and his former wife, Diandra Luker.
Carys and her mother were featured together on the cover of 'Town and Country.' The September 2018 issue of this journal also featured Carys’s exclusive interview. Titled 'Modern Swans,' the issue featured details of Carys’s memories of her adolescence, her relationship with her parents, and her family life.
Carys grew up in her parents’ lavish home in Bermuda. Michael and Catherine always wanted their children to be away from the media spotlight. When Carys was a toddler, she thought her father was a pancake maker and had no idea about Michael’s stardom. Despite being the daughter of a celebrity couple, Carys was bullied in school. Because of the huge age gap between her parents, Carys was often called Michael’s granddaughter. She has also revealed that she suffered from a huge paparazzi trauma while growing up.
Carys has been actively participating in various acting projects since school. She was part of her school’s productions of the rock musical 'Spring Awakening.' She had also played the lead in the one-act play 'Once on This Island.' However, Carys is interested in the domain of medicine as a future career option.
Carys love traveling, and Bali is one of her favorite destinations. Popular American actor Timothée Chalamet is her dream prom date. Carys’s favorite ice cream brand is 'Häagen-Dazs.'
Career
Carys has already stepped into the world of fashion and modeling. She and her mother have performed with the 'Westchester Dance Academy' at the 'NYC Dance Alliance Foundation's ‘Bright Lights Shining Stars Gala.' Carys made her fashion debut in September 2017, when she walked the ramp at the 'Michael Kors' show during the 'New York Fashion Week.' She has also worked for popular luxury brands such as 'Versace' and 'Chanel.'
Carys made her TV debut in 2018, when she appeared in an episode of the series 'Entertainment Tonight.' The same year, she appeared in an episode of the TV news updates show 'Extra.'