Amanda Plummer is a well-known Emmy Award winning American actress. She is best known for her roles in films such as ‘The Fisher King’ and ‘Pulp Fiction’. Plummer was born in New York City into a family of actors. After studying at the Neighborhood Playhouse School of the Theatre, she began her career acting in plays. She earned her first Tony Award nomination for her role in the play ‘A Taste of Honey’. The following year, she won the Tony Award for her role in the play ‘Agnes of God’ in the category of ‘Best Featured Actress’. She made her film debut with a role in the drama ‘Cattle Annie and Little Britches’. A few years later, she appeared in the film ‘The Fisher King’ for which she was nominated for a BAFTA Award. The following year, she appeared in the TV film ‘Miss Rose White’ which won her an Emmy Award. She won two more Emmy Awards for her guest roles in the TV series ‘The Outer Limits’ and ‘Law and Order: Special Victims Unit’. Her other onscreen projects include ‘Pulp Fiction’, ‘A Simple Wish’ and ‘Vampire’. 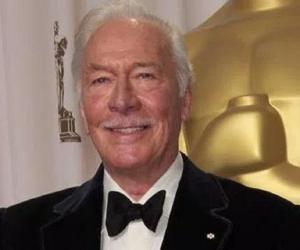 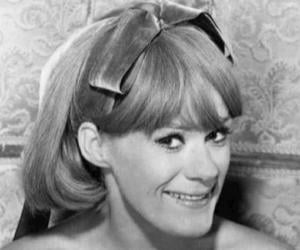 American People
New Yorkers Actresses
Middlebury College
Aries Actresses
American Actresses
Childhood & Early Life
Amanda Michael Plummer was born on 23rd March 1957 in New York City as the only daughter of Christopher Plummer, a Canadian actor, and Tammy Grimes, an American actress. Her parents divorced when she was only four. She was, therefore, mostly raised by her maternal grandparents.
She studied at the United Nations International School situated in New York. After she completed her higher studies from Middlebury College in Vermont, she decided to pursue a career in acting. She then received training at the Neighborhood Playhouse School of the Theatre, after which she started appearing in plays such as ‘A Month in the Country’ and ‘Artichoke’.
Continue Reading Below
You May Like

Who Is The Most Popular BTS Member?
Career
Amanda Plummer first gained attention in 1981, after she played a working-class teenager in a Broadway revival of Shelagh Delaney’s play ‘A Taste of Honey’. She was nominated for the Tony Award for her performance.
She made her film debut in 1981, with a role in the film ‘Cattle Annie and Little Britches’. The following year, she played a young nun who is accused of killing her own infant, in the play ‘Agnes of God’. Her performance won her the Tony Award.
Her early works on television include guest roles in TV series such as ‘The Equalizer’, ‘Tales from the Crypt’ and ‘True Blue’. She played her first recurring role in the TV series ‘LA Law’. She earned her first Emmy nomination for the role in the category of ‘Best Supporting Actress’. Meanwhile, she also continued her career on the big screen, appearing in films, such as ‘Daniel’ (1983), ‘Static’ (1986), ‘Made in Heaven’ (1987) and ‘Joe versus the Mountain’ (1990).
In 1991, she played an important role in the comedy drama film ‘The Fisher King’, which was directed by Terry Gilliam. The film was a commercial success, and was nominated for several Oscars. Plummer’s role earned her a nomination for the BAFTA Award in the category of ‘Best Actress in a Supporting Role’.
She continued her film career with roles in movies, such as ‘Freejack’ (1992), ‘Pulp Fiction’ (1994), ‘The Prophecy’ (1995), ‘Hercules’ (1997), ‘LA Without a Map’ (1998), ‘The Million Dollar Hotel’ (2000) and ‘Inconceivable’ (2008).
Plummer has appeared in many plays throughout her career, some of them being ‘You Can Never Tell’ (1986), ‘Pygmalion’ (1987), ‘Abundance’ (1990), ‘The Lark’ (2005), ‘The Two-Character Play’ (2013) and ‘The Night of the Iguana’ (2017).
She also played important roles in a few TV movies and guest roles in many TV series. Her role in the 1982 TV film ‘Miss Rose White’ won her an Emmy in the category of ‘Best Supporting Actress in a Movie or Miniseries’. She won the CABLEAce award for her role in the 1996 TV film ‘The Right to Remain Silent’.
More recently, she appeared in the 2013 sci-fi film ‘The Hunger Games: Catching Fire’. Directed by Francis Lawrence, the film was a huge commercial success. It also won several awards and nominations. Her latest films are ‘Honeyglue’ and ‘Dancer’, both released in 2016.
Major Works
Amanda Plummer played an important role in ‘The Fisher King’ which was a comedy drama film directed by Terry Gilliam. The story was about a radio shock jock who tries to find redemption by helping a man whose life was ruined because of him. The movie was a commercial success and also earned positive reviews from critics. It earned several Oscar nominations as well, out of which it won one.
‘Pulp Fiction,’ another important work in Plummer’s career, is a 1995 crime film where she was seen in a supporting role. Directed by Quentin Tarantino, the film is considered to be one of his masterpieces. The film was a huge commercial success and also earned praise from critics. The film won many awards as well; it was nominated for several Oscars, winning one for ‘Best Original Screenplay’.
Awards & Achievements
Amanda Plummer has been nominated for a total of four Primetime Emmys throughout her career. She won three out of them: one for her role in the TV film ‘Miss Rose White’ in 1992, and two for her guest roles in ‘The Outer Limits’ (in 1996) and ‘Law and Order: Special Victims Unit’ (in 2005). Her role in ‘Miss Rose White’ also earned her a Golden Globe nomination.
Plummer won a Tony Award for her performance in the play ‘Agnes of God’. She also won a Drama Desk Award for the same role. She was nominated for two other Tony Awards for her roles in ‘A Taste of Honey’ and ‘Pygmalion’.
Other awards won by the actress include the ‘Saturn Award for Best Supporting Actress’ for her role in the horror film ‘Needful Things’ in 1994 and ‘The CABLEAce Award for Best Supporting Actress in a Miniseries or TV Movie’ for her role in the TV film ‘The Right to Remain Silent’ in 1996.
Personal Life
Amanda Plummer had been in relationships with popular actors Peter O’Toole and Paul Chart in the past. However, she never married nor had any children.

See the events in life of Amanda Plummer in Chronological Order