Akira Kurosawa was a Japanese filmmaker who is regarded as one of the most influential directors in the history of cinema. In a career spanning 57 years, he directed over 30 films. He is credited with bringing the Japanese film industry to Western markets and opened the doors for many Japanese and Asian directors to make a mark in the West. His journey from a modest director to an internationally acclaimed filmmaker is quite remarkable. Even though many Japanese directors found better acclaim and success in the West, his movies continue to entice film connoisseurs even today. The blend of art, history, philosophy and visual imagery brought his ideas alive on the screen. He also adapted many Western classics into films such as ‘Hakuchi’ (based on Fyodor Dostoyevsky’s novel), ‘Kumonosu-jo’ from Shakespeare’s Macbeth, and ‘Donzoko’ from Maksim Gorky’s drama. His style of filmmaking was a far cry from the naturalistic trend of Japanese films of that time. Economic hardships never swayed his style and he continued to churn out timeless screenplays and moving pictures that have stood the test of time. Simon MacCorkin...
23rd March In History
DID WE MISS SOMEONE?
CLICK HERE AND TELL US
WE'LL MAKE SURE
THEY'RE HERE A.S.A.P
Quick Facts

Japanese Celebrities
Japanese Men
Tall Celebrities
Tall Male Celebrities
Japanese Directors
Childhood & Early Life
Akira Kurosawa was born on March 23, 1910, in Tokyo, Japan. He was the youngest of eight children born to Isamu and Shima. His father was a member of a former samurai family who later became a teacher at the Army's Physical Education Institute. His father was a progressive thinker who considered films and theatre to have educational merit.
In school, Akira was inspired by his elementary school teacher, Mr. Tachikawa, who helped him discover the joys of drawing. He also learnt calligraphy and Kendo swordsmanship.
Among the seven siblings, the one who influenced Kurosawa the most was Heigo, his senior by four years. He encouraged young Akira to face his fears and confront unpleasant truths which would later become the basis for many of his films.
During the 1920s, Heigo became a narrator for silent films and thus, Kurosawa was exposed to films, theatre, and circus performances. He gave up his ambition to become a painter when he realized his art was not enough to provide a living.
When Akira was 23, Heigo committed suicide. This was as a major tragedy in his life that would affect him deeply and left a lasting sense of loss. 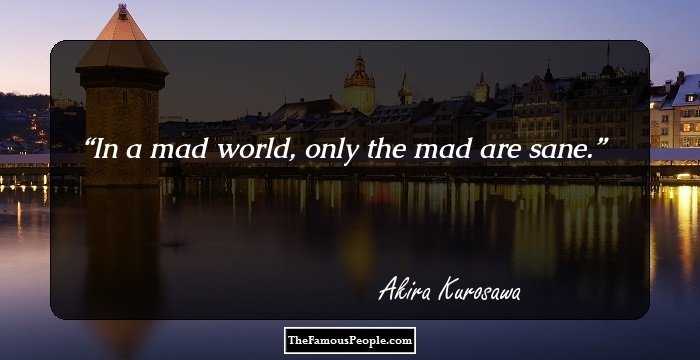 Continue Reading Below
Career
Akira Kurosawa began his career in 1936 as an assistant director at Photo Chemical Laboratories (known as P.C.L) cinema studio. He mostly worked under Kajiro Yamamoto who had taken a liking to him. He was given more responsibilities as a result and he dabbled in errands from stage construction to film development.
He made his debut as a director in 1943, with the film ‘Sanshiro Sugata’. The film was caught in a censorship battle because it was deemed too “British-American”. The intervention of director Yasujirō Ozu made the movie see the light of day. It was a story of Japanese judo masters of the 1880s and became a critical and commercial success.
He then directed ‘Ichiban Utsukushiku’ (The Most Beautiful) in 1944; the movie was about wartime female factory workers. It was on this movie’s sets that he met his future wife, Yōko Yaguchi.
His first major work, ‘Yoidore Tenshi’ (Drunken Angel) was released in 1948. It won rave reviews and was chosen as the “Best Film of the Year” by the Kinema Junpo critics’ poll. He cast Toshiro Mifune, then an unknown actor, as the lead and thus began their long collaboration.
With producer Sōjirō Motoki and directors Kajiro Yamamoto, Mikio Naruse, and Senkichi Taniguchi, he formed an independent production unit called Eiga Geijutsu Kyōkai (Film Art Association). The first film under this banner was the modest hit, ‘The Quiet Duel’.
1950 was a turning point in his career. It was the year he directed ‘Rashomon’. Based on an experimental short story, it was marked by its unique theme and treatment. Critics were unimpressed and gave it a lukewarm response. What the Japanese film world was unprepared for was the response from the West. ‘Rashomon’ was received with huge acclaim at the Venice Film Festival and laid the foundation for his entry into the Western film world.
His greatest commercial success was ‘Shichinin No Samurai’ (Seven Samurai) in 1954. His attention-to-detail and numerous rehearsals made this epic almost 3 ½ hours long. In 1979, it was voted the best Japanese film ever made in a poll by Japan’s leading critics.
He set up Kurosawa Productions in 1960 and made a number of entertainment films such as ‘Yojimbo’ (The Bodyguard) in 1961 and ‘Akahige’ (Red Beard) in 1965.
His first Hollywood project ‘Tora! Tora! Tora!’ was produced by 20th Century Fox and Kurosawa Productions, in 1970. It dramatized the Japanese attack on Pearl Harbor from both the American and the Japanese points-of-view. It was not well-received by critics and the public and thus began a period of struggle for him.
Continue Reading Below
Success eluded him for some time until 1975, when his film ‘Dersu Uzala’, a story about a Siberian hermit won him many accolades and put him back on the map.
His success continued with ‘Kagemusha’ in 1980 and ‘Ran’ in 1985. Both these films depicted powerful scenes, grand imagery, and intense dramatic performances and went on to become his most notable works.
Madadayo’ (1993) would become the last film he would direct before ill health slowed him down and confined him to a wheelchair. It was not well-received. 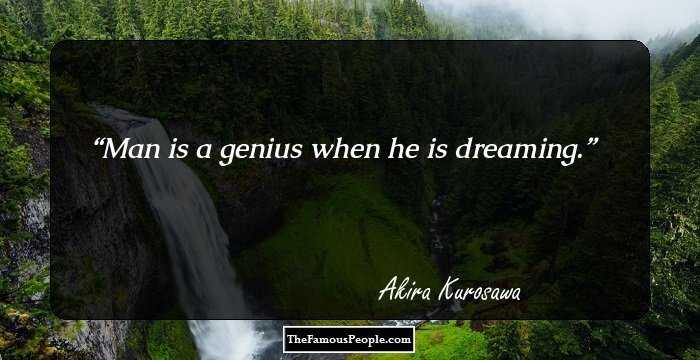 Major Works
‘Rashomon’ (1950), a period film became his first notable work winning him numerous accolades and acclaim. The film’s minimalist sets, simple sound and light systems, and technical expertise were influenced by his love of silent cinema and modern art.
Awards & Achievements
His period drama, ‘Rashomon’ (1950) was the surprise winner at the Venice Film Festival and won the “Golden Lion”. This helped put Japanese film onto the world stage and projected his directorial prowess.
‘Dersu Uzala’, his Soviet-Japanese film won the “Golden Prize” and the “Prix FIPRESCI” at the 9th Moscow International Film Festival and the 1976 Oscar for “Best Foreign Language Film”. It was based on the memoir of Russian explorer Vladimir Arsenyev accounting his expeditions and was Kurosawa’s first non-Japanese film.
1980 brought him a “Palme d’Or” at the Cannes Film Festival, a BAFTA Film Award, and a César Award for his film ‘Kagemusha’.
In 1990, the Academy of Motion Picture Arts and Sciences awarded him the Academy Honorary Award “for cinematic accomplishments that have inspired, delighted, enriched and entertained worldwide audiences and influenced filmmakers throughout the world”. George Lucas and Steven Spielberg presented him with the award.
AsianWeek magazine named him “Asian of the Century” in the category of “Arts, Literature, and Culture”. CNN called him “one of the [five] people who contributed most to the betterment of Asia in the past 100 years”. Both these honors were bestowed on him posthumously. 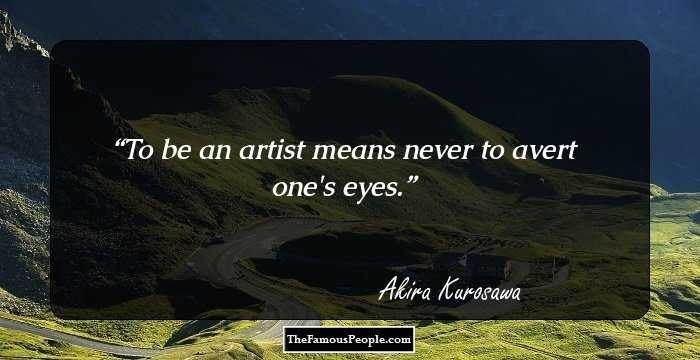 Quotes: Never
Personal Life & Legacy
During the production of ‘The Most Beautiful’, Kurosawa met Yōko Yaguchi, an actress. He and Yaguchi fell in love, despite their professional differences and constant fighting, and married on May 21, 1945. Yaguchi abandoned her acting career and dedicated herself to her family. They lived together till Yaguchi’s death in 1985.
The couple had two chilren; a son, Hisao, and a daughter, Kazuko. Hisao went on to produce a few of Kurosawa’s films while Kazuko became a noted costume designer.
While wrapping up the post-production of ‘The Sea is Watching’ (1995), he broke the base of his spine after a nasty slip. His directing career ended and he was confined to a wheelchair for the rest of his life.
The fall weakened his health. He was confined to bed for the last year and a half of his life and he spent this time listening to music and watching television. He died of a stroke on September 6, 1998, at the age of 88.
Trivia
Many of his films have been remade into popular English films such as ‘A Fistful of Dollars’ (1964) from ‘Yojimbo’ and ‘The Magnificent Seven’ (1960) based on the ‘Seven Samurai’.

Quotes By Akira Kurosawa | Quote Of The Day | Top 100 Quotes

See the events in life of Akira Kurosawa in Chronological Order 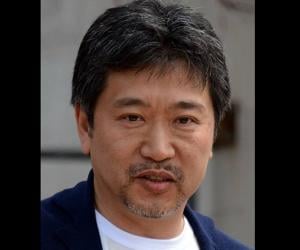 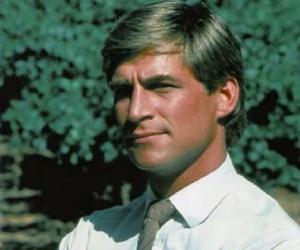 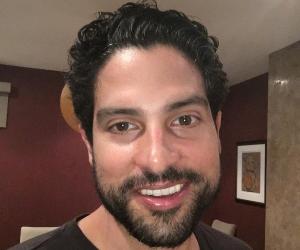 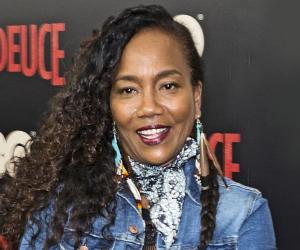